This shop has been compensated by Collective Bias, Inc. and its advertiser. All opinions are mine alone. #PBandG #CollectiveBias 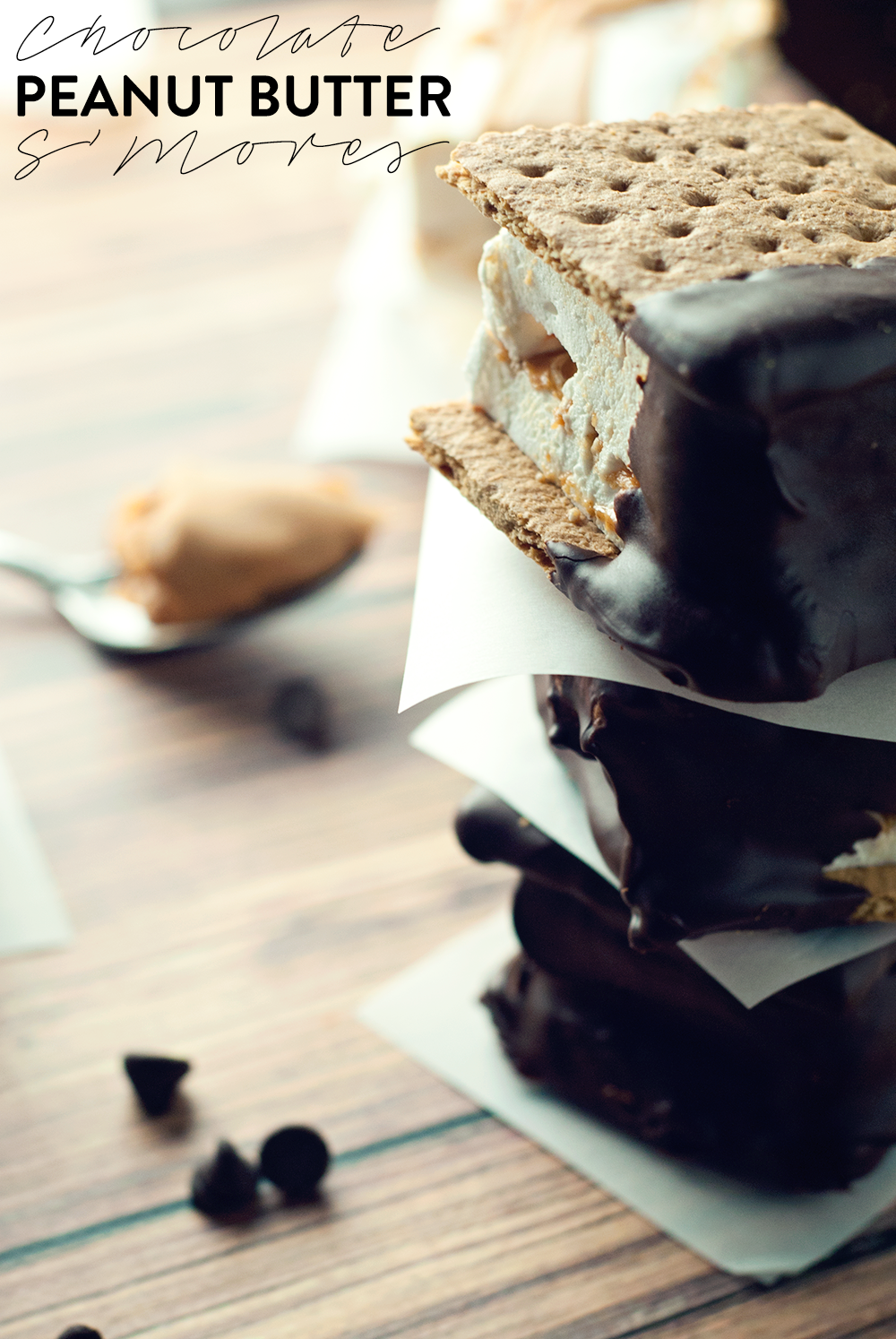 Tis the season, everyone! Break out the Christmas trees, twinkling lights, hot drinks, and all the fun treats you can think of. Yessssssss. Bring it on, please. I tackled all things peanut butter and graham cracker over the weekend, whipping up some graham cracker houses to make a mini village, as well as a big stack of homemade peanut butter smores, featuring my signature marshmallows, marbled with peanut butter instead of pumpkin spice syrup. So amazing.

Want to make a graham cracker house village? I’ll show you how! 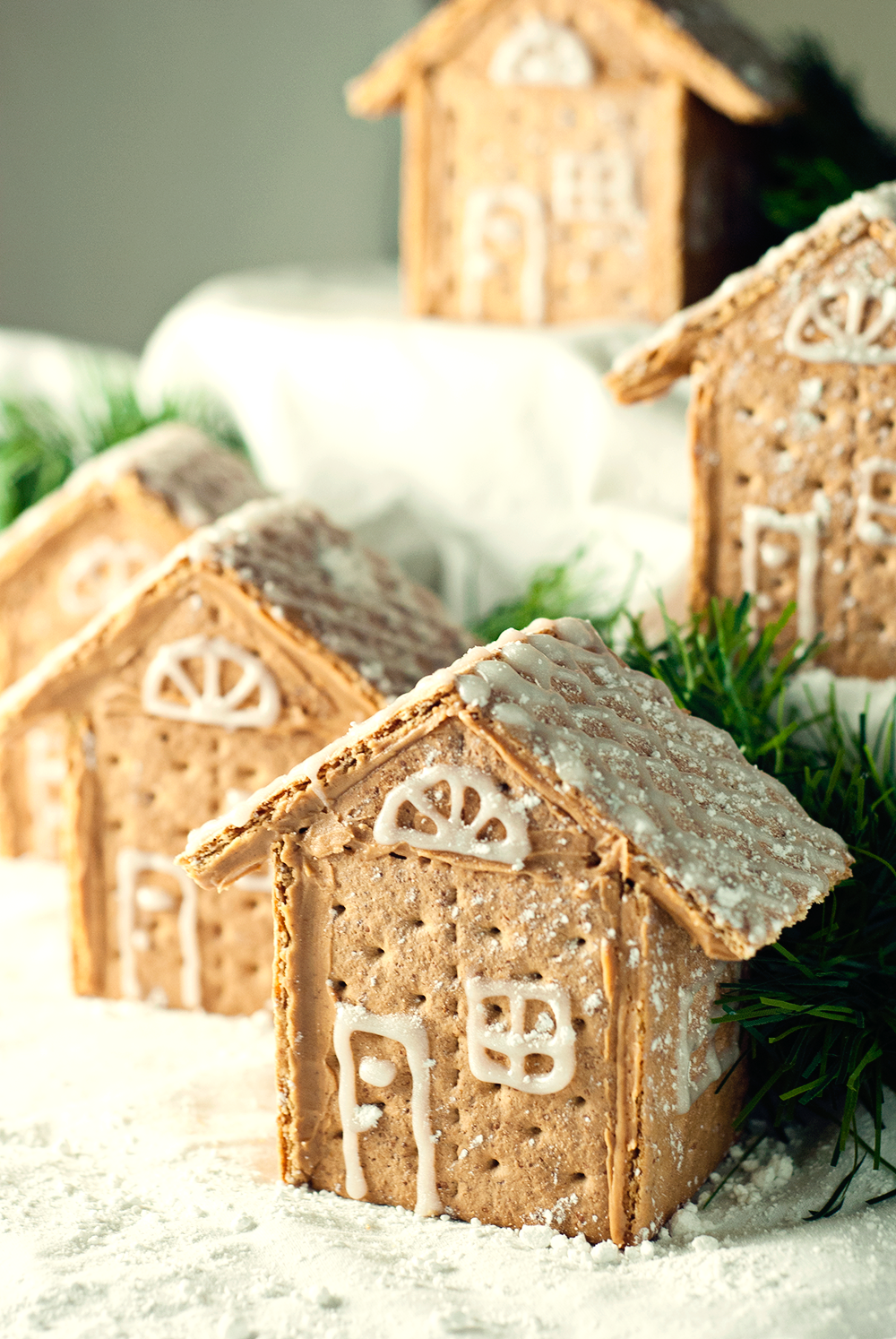 1| Take one Honey Maid Graham Cracker and thoroughly spread Skippy Peanut Butter on the inside edges, height-wise.
2| Press the edge of a second graham cracker into the peanut butter until the edges are flush.
3| Repeat with a third graham cracker, pressing until flush with the opposite edge.
4| Spread peanut butter across the edges of a fourth graham, same as the first, and press it into the edges of the second and third graham.
5| Cut two triangles out of the fifth graham cracker with the serrated knife, carefully applying pressure as cutting. TIP: angle the knife away from the corner as you cut to prevent the corner from breaking.
6| Apply peanut butter to the bottom edge of the triangles and press down onto the narrow sides of the house, making sure they are centered and flush.
7| Take the sixth and seventh graham cracker and apply peanut butter in an H shape, to match the sides of the triangles and the top edge of the house. Press each roof piece into place carefully, applying a thin layer of peanut butter in the crease of the top of the roof if necessary.
8| Decorate with sparkle gel frosting, and repeat until you have enough houses to make a village!
9| Arrange the graham cracker houses into a village, then take a palm-full of Confectioner’s sugar and gently blow it across the village to give the appearance of freshly fallen snow. 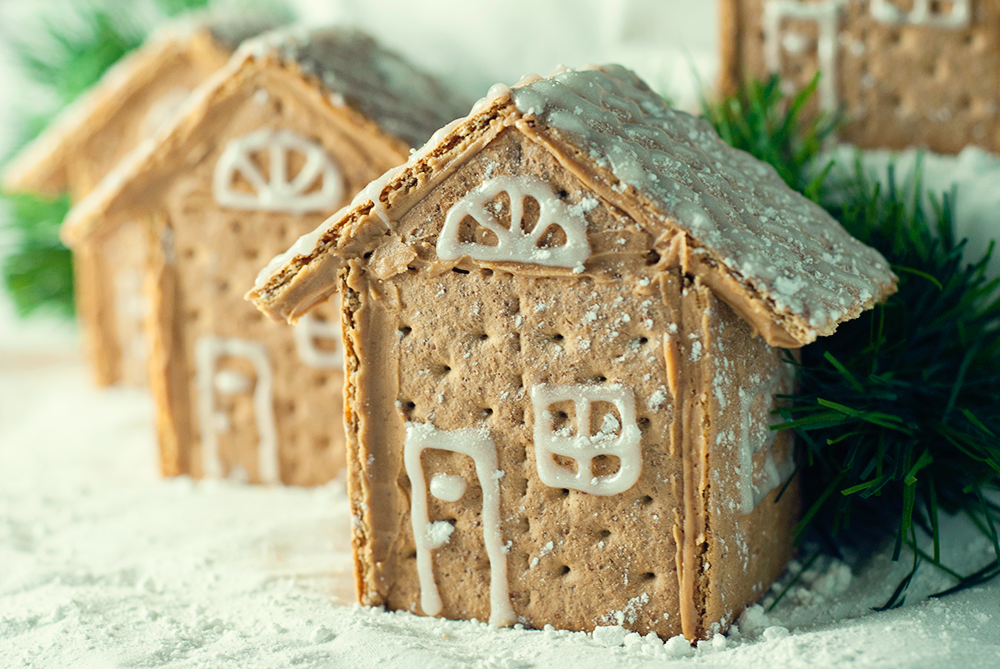 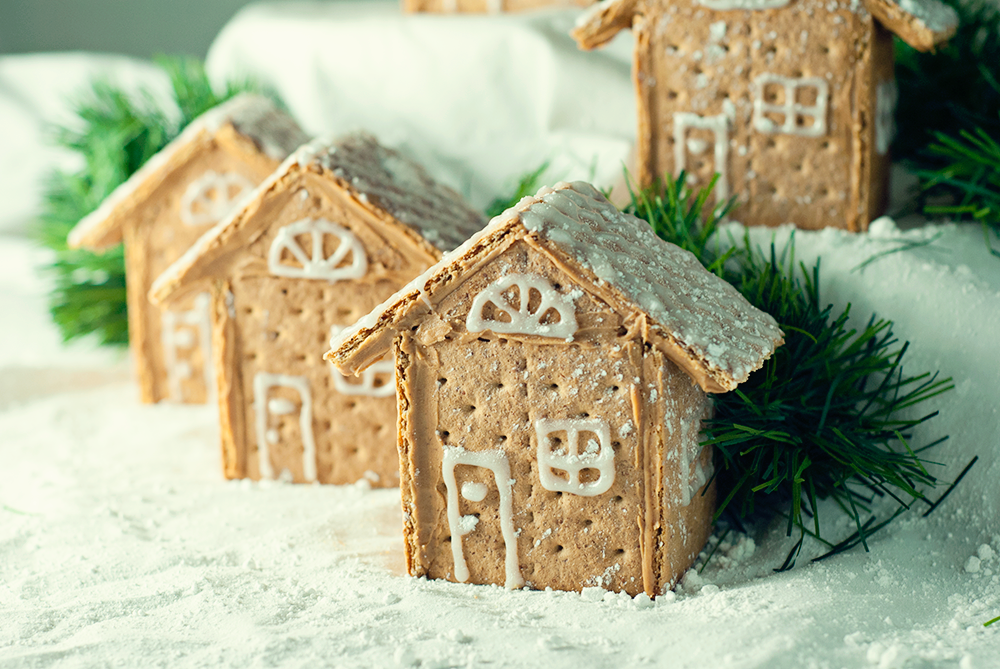 My girls loved helping me put this together, as well as take it apart like a pack of crazy Godzilla monsters. All that hard work…it was worth it though, because it made them insanely happy, ha ha ha!

So, since we’re on a graham cracker and peanut butter kick, let’s make some amazing chocolate peanut butter smores, shall we? Seriously you guys, using my original marshmallow recipe…you are never going to want plain smores again. 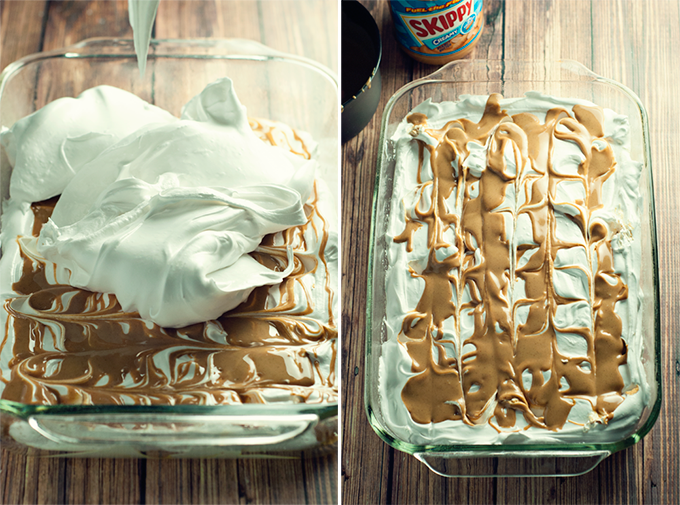 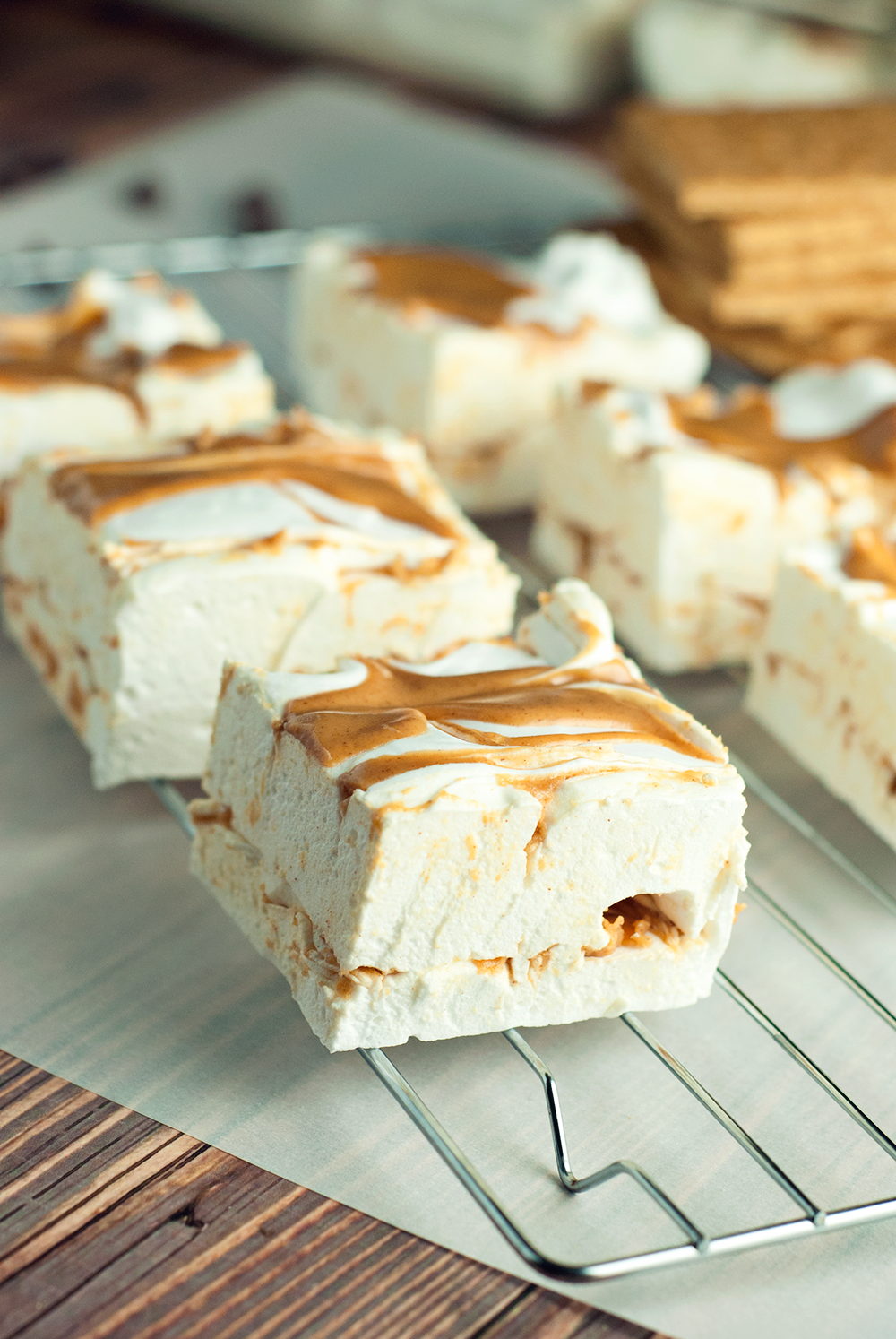 Really, the only thing I did differently for this batch of marshmallows was to marble the peanut butter in two steps. I laid some marshmallow, smoothed it out, added about ¾ cups of melted peanut butter that I marbled with a knife, then added the rest of the marshmallow and repeated the process. They came out amazing. There are people who will recommend putting the peanut butter into the marshmallow batter, but nooooo, don’t do that, because the oils in peanut butter will cause the fluff to deflate and then you won’t have pretty, fluffy marshmallows. And that would be a shame. Dip them generously in melted chocolate after you put them together and enjoy hot, or let rest and enjoy later. I like them both ways. So yum. 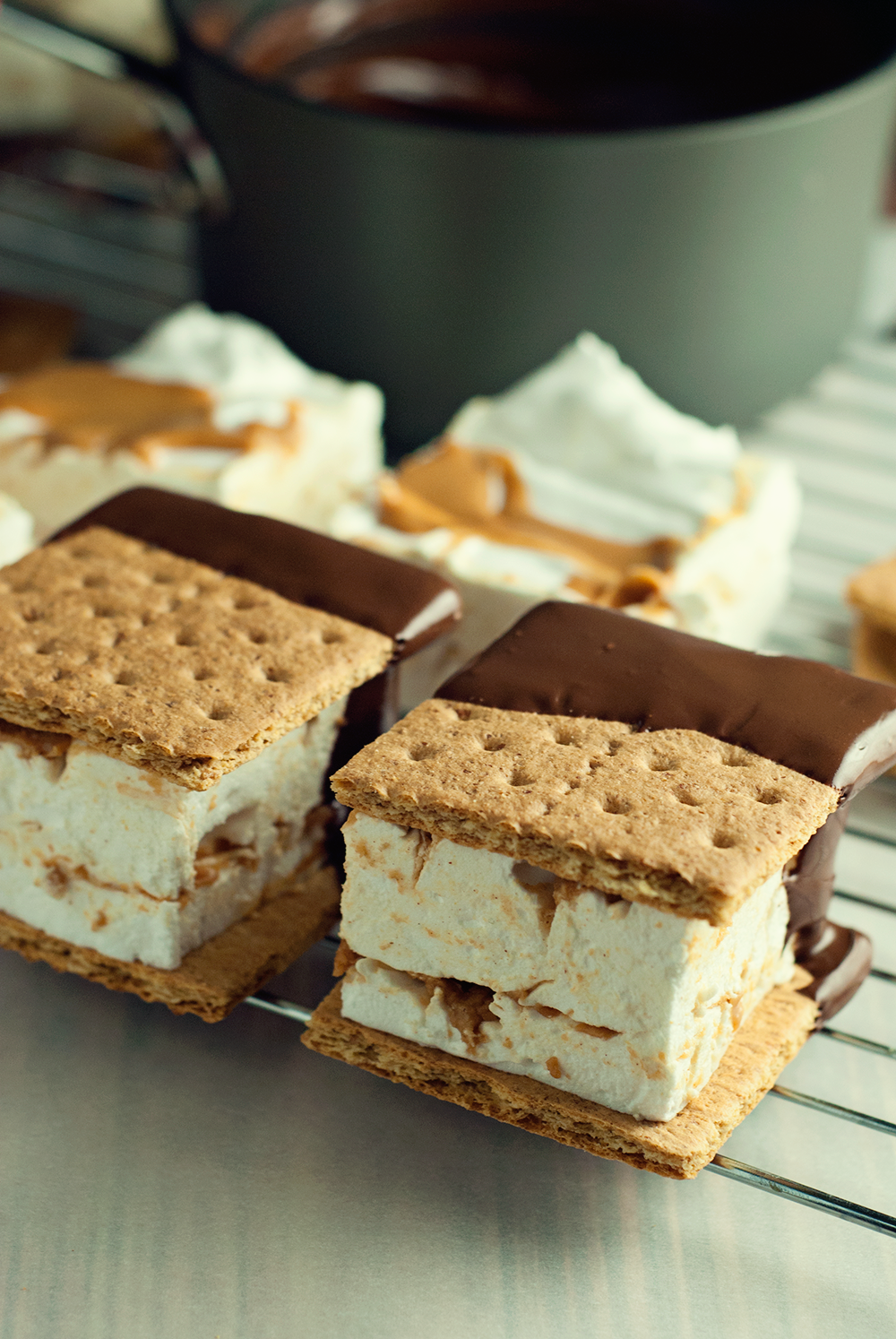 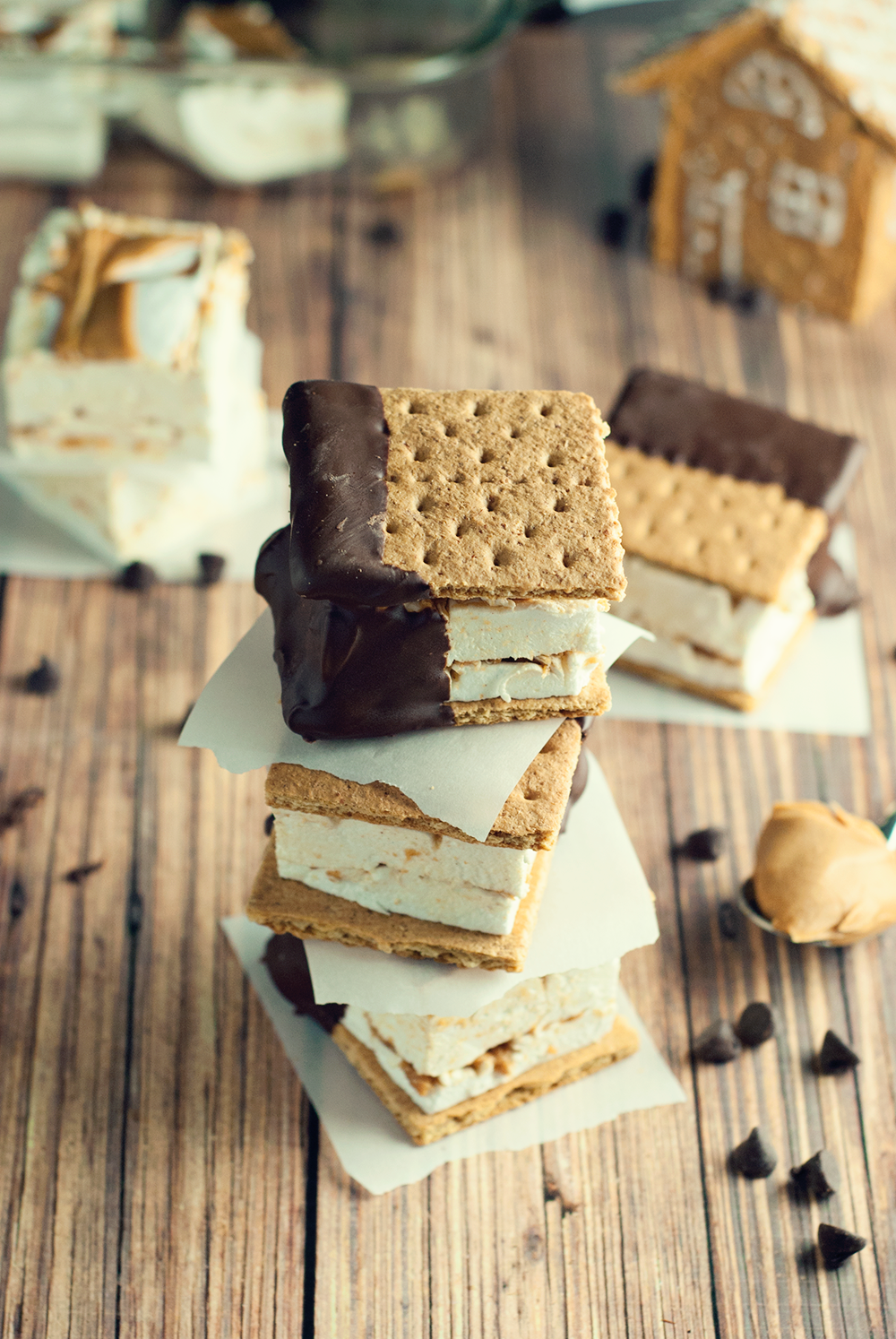 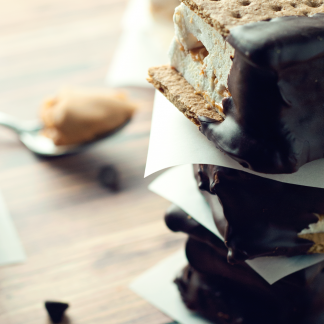 Make sure you head over to Walmart and pick up your Skippy Peanut Butter and Honey Maid Graham Crackers, and grab this coupon to save some cash in the process!