Tis the season to enjoy one of my favorite foods: apples! Growing up in Minnesota, apples were the quintessential part of our fall cooking, and we would spend hours every weekend going out to the local orchards in order to sample their varietals, plus grab some amazing apple butters, ciders, and everything in between. Then after those long trips, we’d arrive home and get to work making all the amazing apple dishes we could with our harvest. It’s one of my favorite things about fall. I loved being in the kitchen as my mom made fragrant applesauce with spicy red hot candies melted into it, and crispy, crunchy apple crisp. Yum. So in honor of my childhood, and my love for Minnesota (that I miss so damn much), I thought I would share a collection of the best apple recipes around.

Are you ready to make some delicious apple-based foods? You will be after checking out all these recipes! 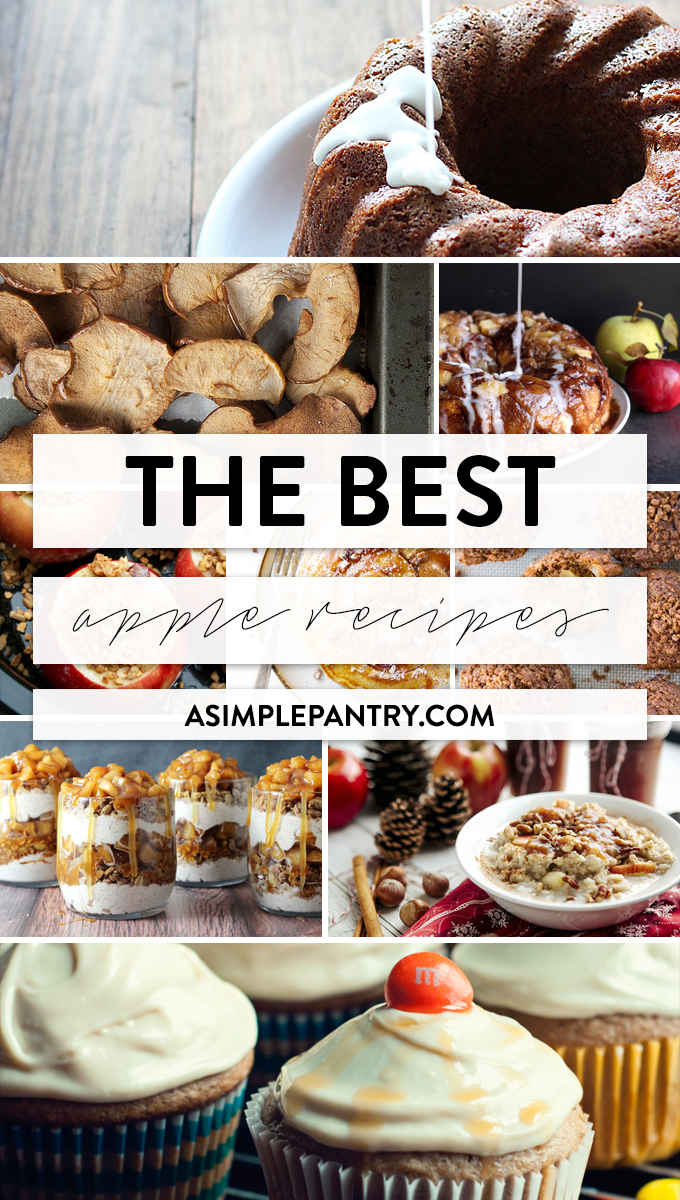 Do you have a recipe you think belongs on the list of the best apple recipes? Tell me about it below!