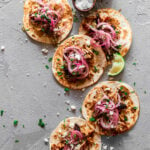 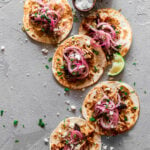 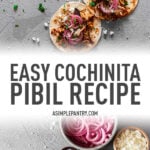 We’re breaking out the smoker again to make this super easy Cochinita Pibil Recipe! A little bit sweet and a little bit earthy, cochinita pibil is deliciously pulled pork and topped with pickled red onion and salsa verde, it makes a spectacular taco. After mastering basic pulled pork in the Cuisinart Twin Oaks Pellet & Gas Grill, this recipe is a step up in flavor without sacrificing skill in the process, so get ready to enjoy a flavorful dinner with this simple twist on an authentic Yucatan dish.

What Is Cochinita Pibil?

A meal that originates in the Yucatan, it stands for a suckling pig that’s slow-roasted in an underground pit, or buried. It’s typically wrapped in banana leaves to protect it from the ground around it and keep it moist as it cooks.

We’re not going to attempt that level of authentic, because who among us has such a cooking apparatus and access to banana leaves?

I wanted to make this recipe approachable for the everyday home cook, so we’re using the smoker to slow-roast some pork butt to shredded cochinita pibil perfection. 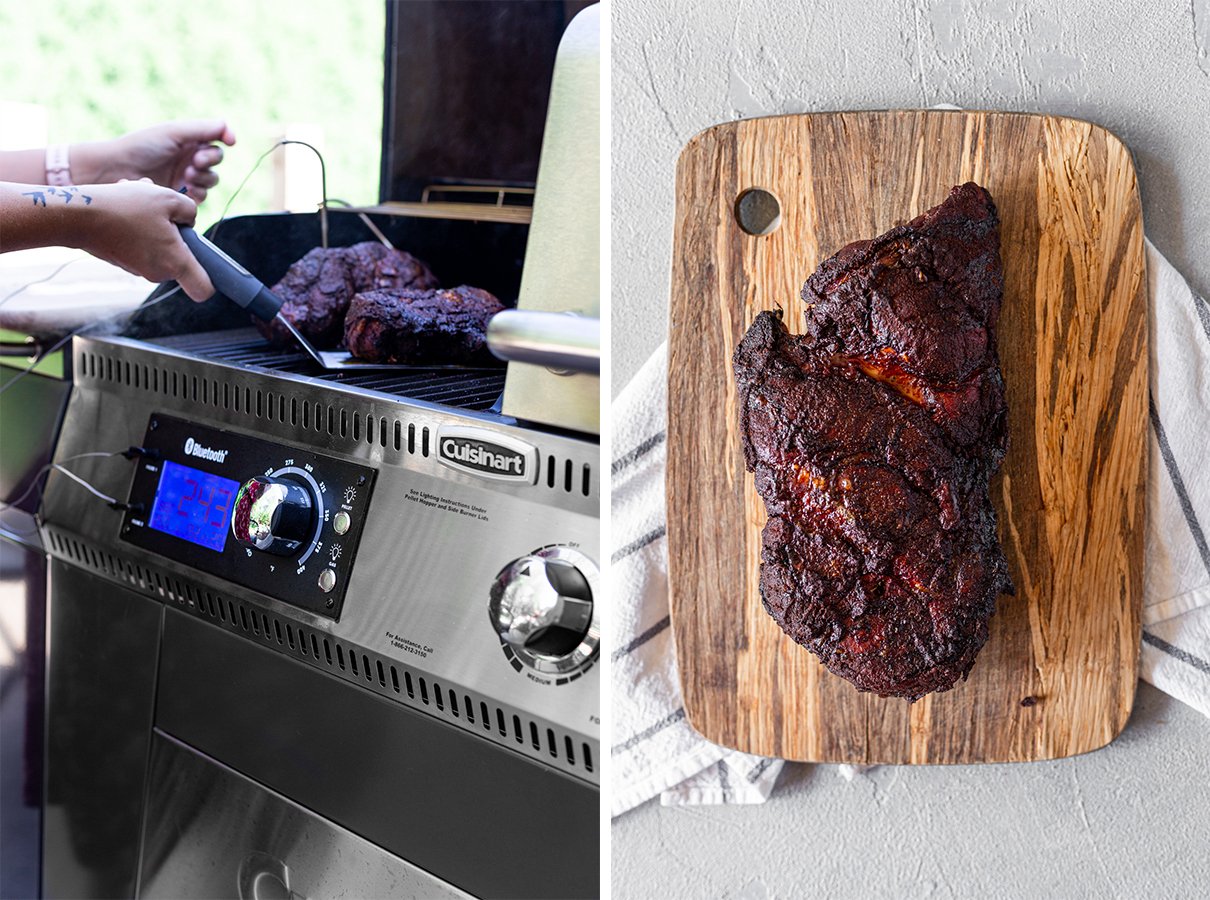 What Do I Need For This Recipe?

Likely the hardest ingredient to source is annatto seeds. I like to make my own achiote paste so I can control the exact amounts of each spice in the mixture, but you can definitely find achiote paste out there, which has the annatto seeds already ground in there.

Beyond annatto seeds, you need: 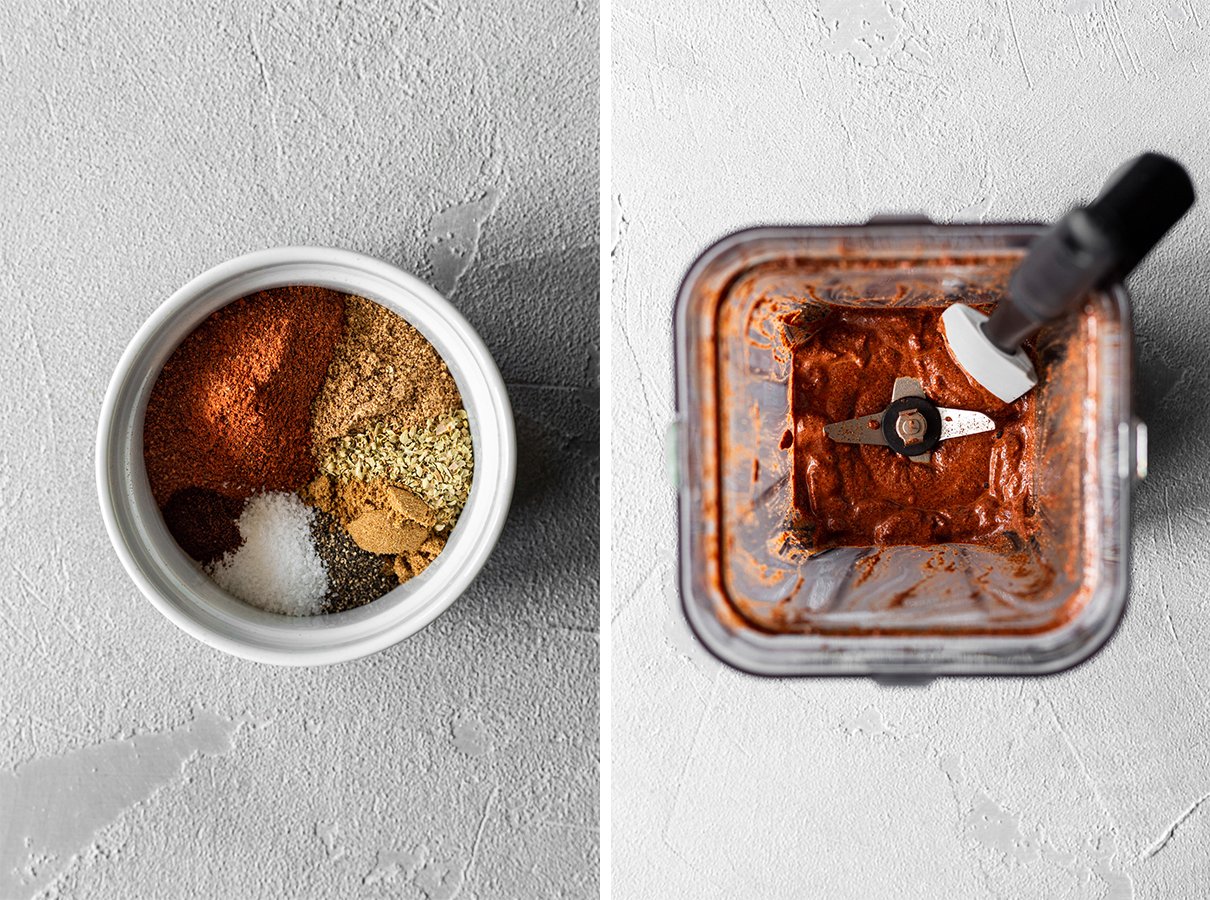 That makes up the base of the achiote paste. You do not want to substitute garlic powder in this, the flavor will not be the same, and you lose some moisture content too. You can, however, use fresh garlic paste instead.

From there you want to blend the seasonings with a mixture of fresh orange juice and lime juice until you get a thick paste.

But just in case, you do, in fact, need to grind up the annatto seeds first. I recommend using a spice mill or coffee grinder. I have a spice only coffee grinder. Works like a charm. 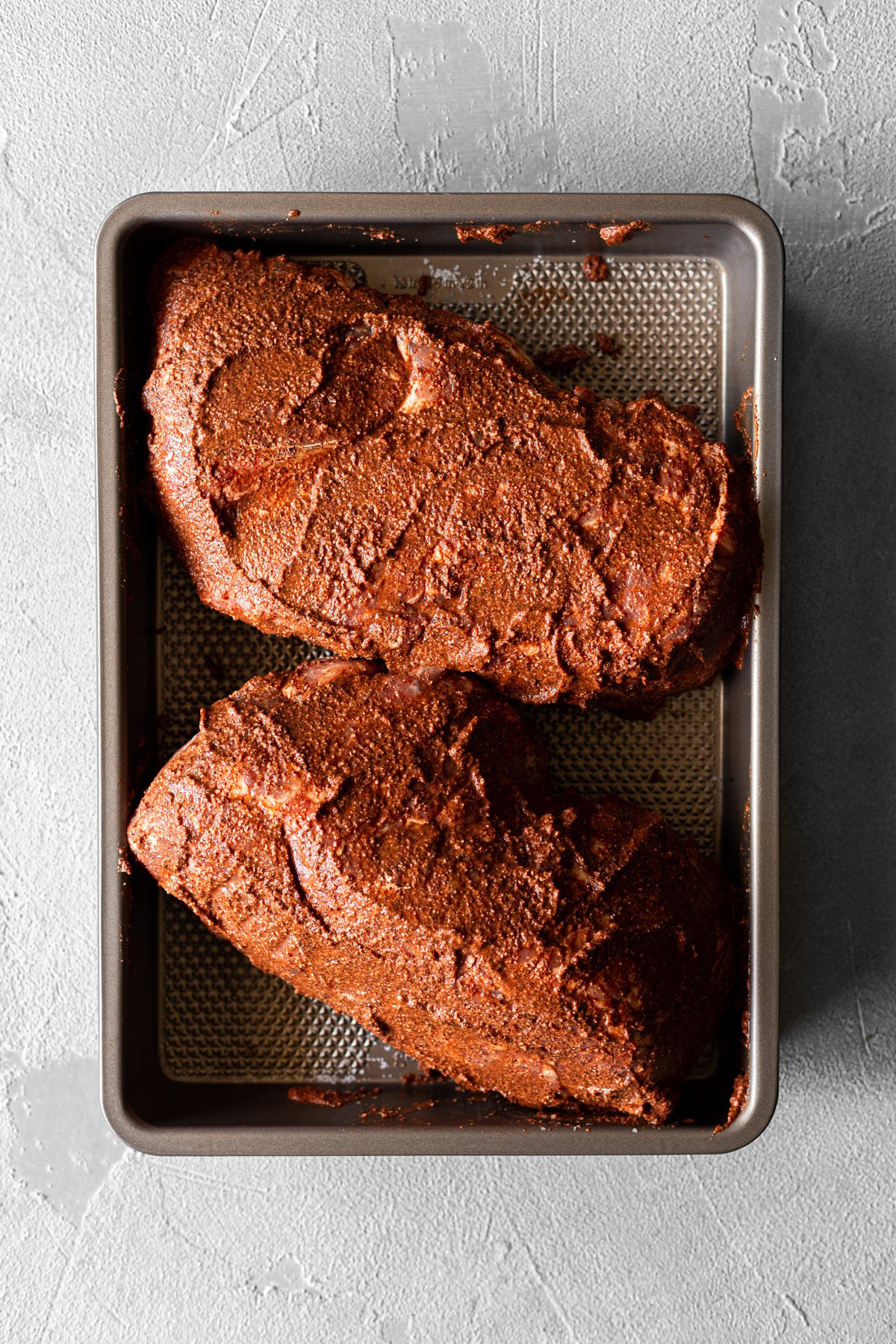 So How Do I Make This Cochinita Pibil Recipe?

Similar to our first pulled pork recipe, we’re just tossing the meat on the smoker and letting it go until it reaches 215 degrees.

Instead of brining overnight, we’re going to marinate the meat in the achiote paste sauce.

Once you get it on the Twin Oaks Pellet Grill set at 200 degrees, you’ll insert the meat probe, close the lid, and let it smoke until the internal temp hits 165 degrees. Once you hit that mark, you turn the grill up to 250 degrees and keep cooking until the probe reaches 215 degrees.

That’s it. Essentially a set it and forget it setup. 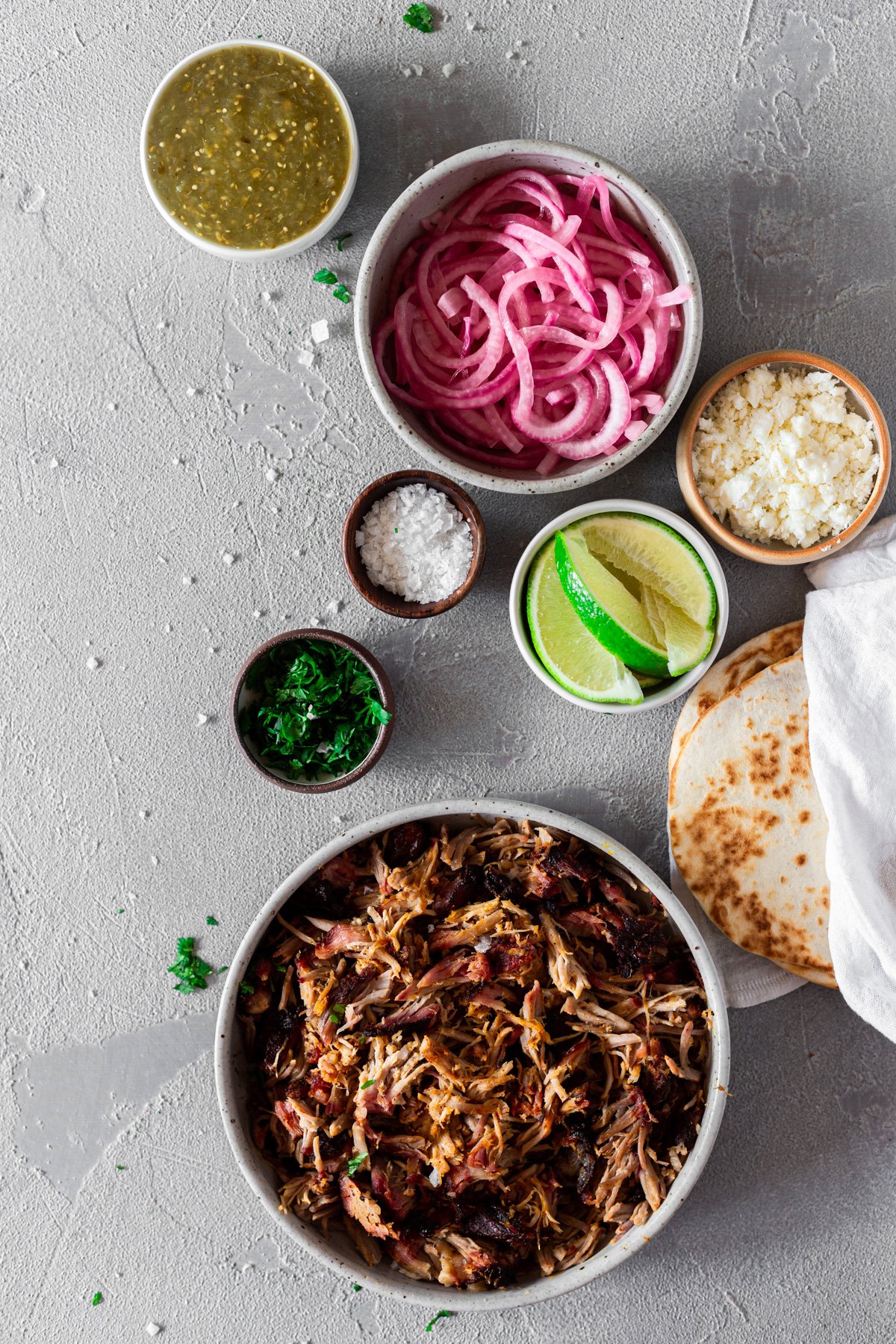 I mean, you won’t forget it, because you can smell it and it’ll be so tantalizing you’ll be willing the meat to cook faster with your mind.

Once you remove it from the grill, you want to let it sit for 30-60 minutes before shredding so all the juices stay put. You don’t want to lose those precious juices, oh noes indeed. 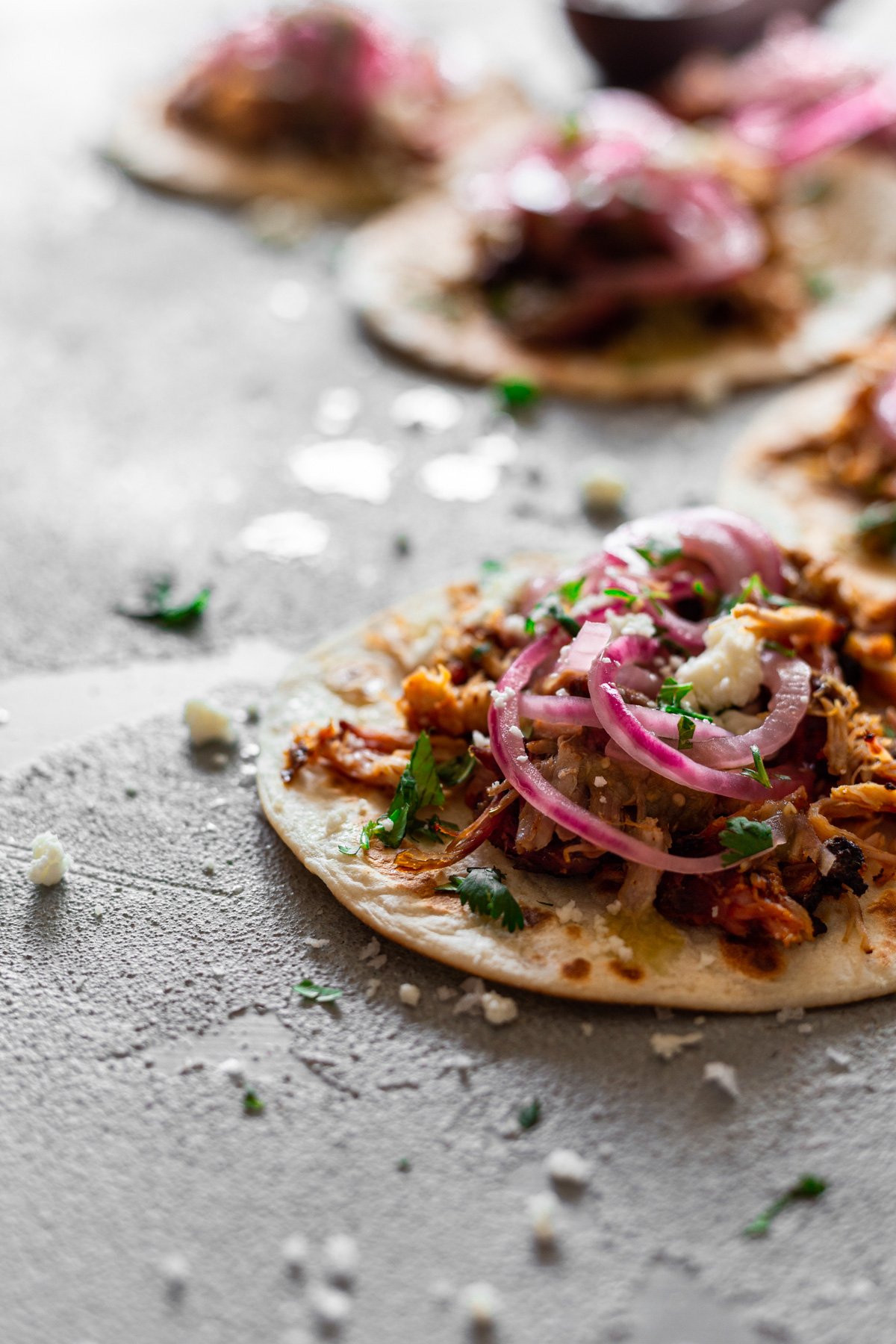 How To Serve Cochinita Pibil

But some other fun toppings include:

I also like to serve this recipe on flour tortillas, but if you want to keep it gluten-free, use corn instead! Let’s do it! 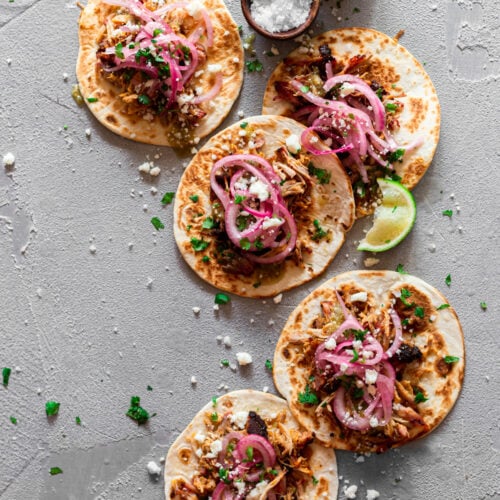 *temperature is more important than time with smoker recipes, so be sure to use temperature probes to monitor the meat as it cooks *pre-made achiote paste is an acceptable substitute for the seasonings listed, just whiz it up with the juices before marinating the meat