A dessert so fancy no one will believe you whipped up this Easy No Bake Blackberry Tart in just minutes! Break away from traditional tarts and enjoy a decadent treat tonight! 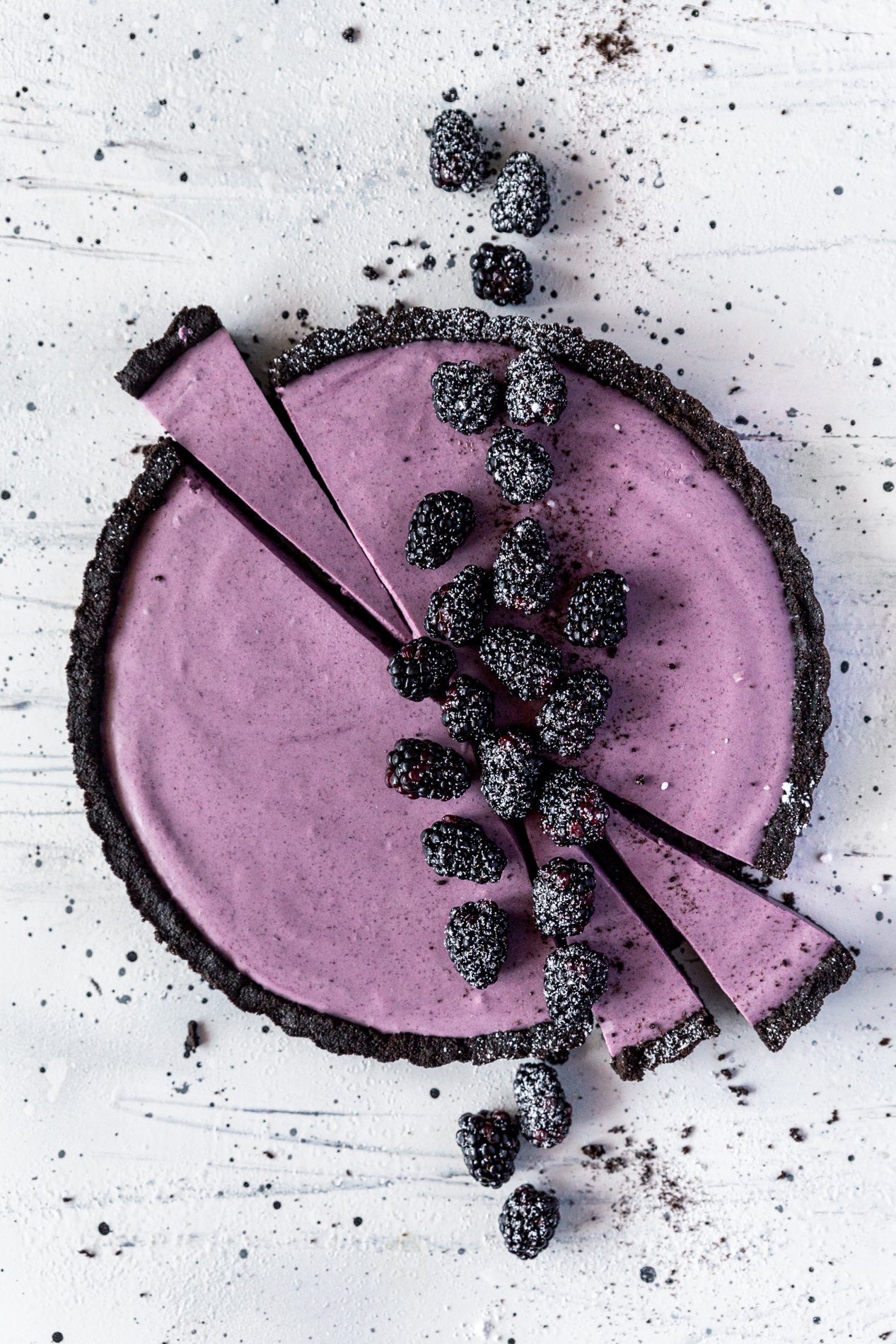 I can’t believe we are so quickly approaching the New Year, and a new decade! I feel old sometimes because I don’t go out and party like I used to for the New Year, but if there is one thing I am loving about this stage in my life, it’s being able to host a fanciful gathering without a lot of fuss. 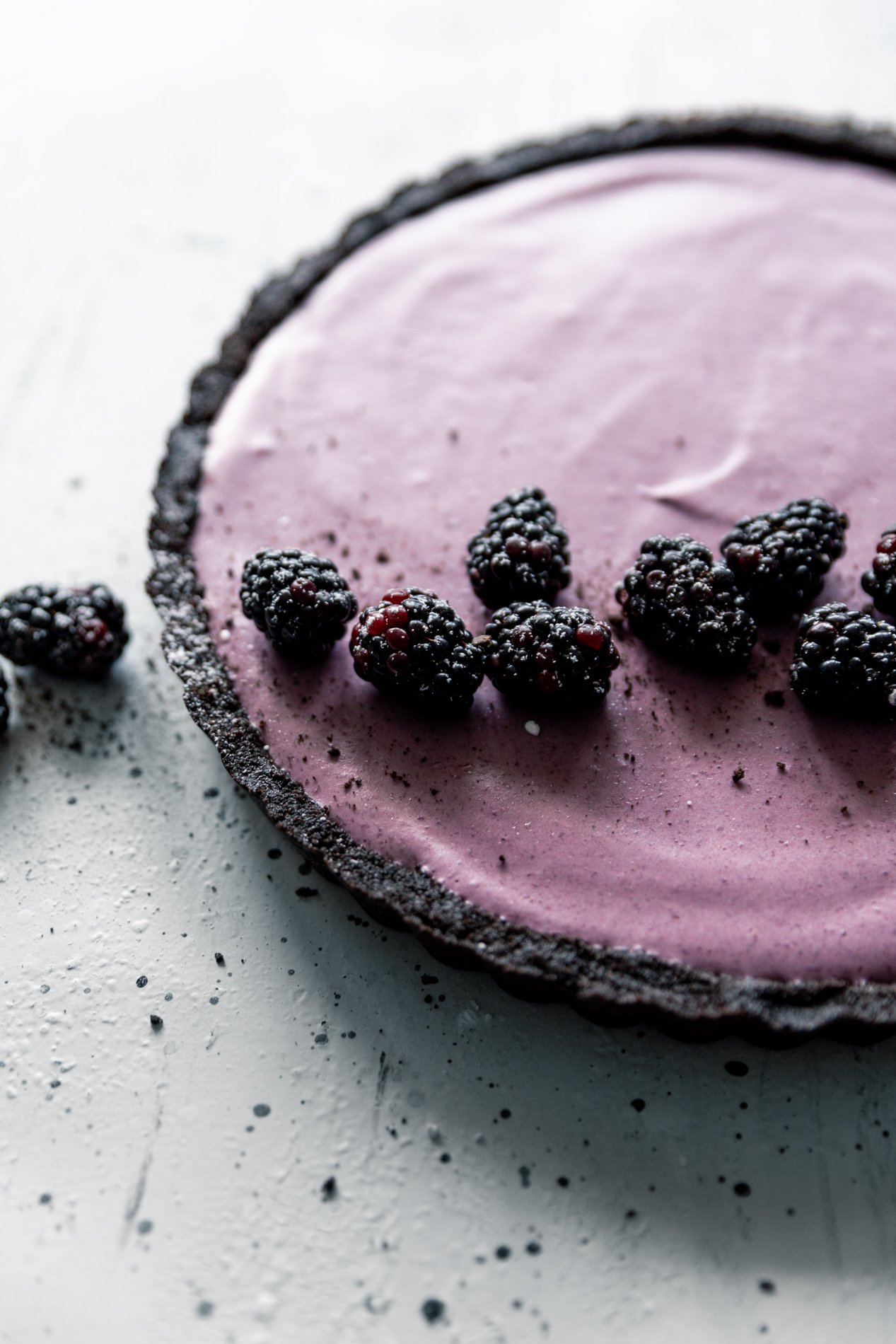 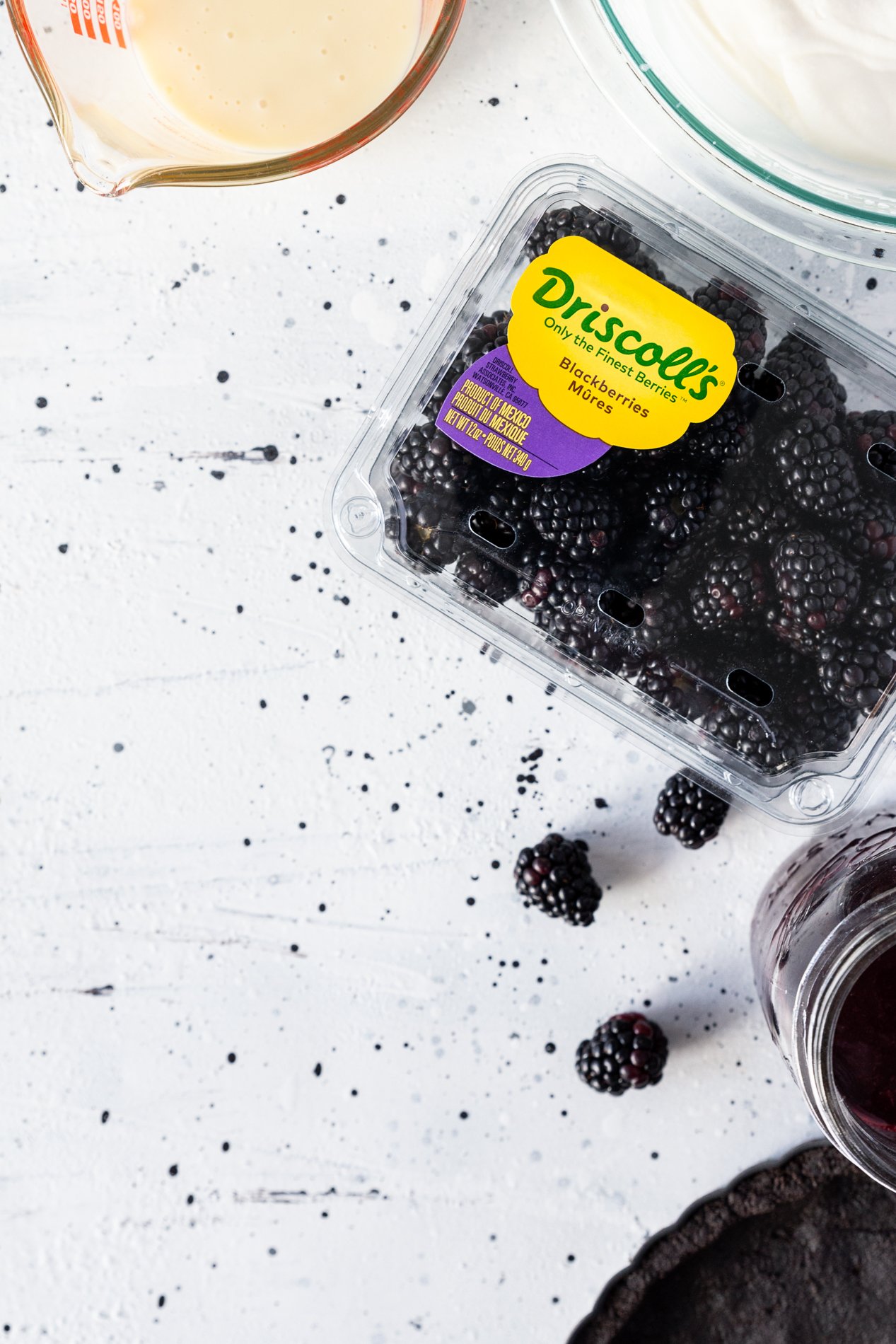 We’re ringing in the New Year with style, in the form of the easiest no bake blackberry tart around.

Seriously, it will blow your mind.

Easily the simplest part of the tart, the blackberry puree is just two ingredients:

I always use Driscoll’s berries in my recipes, like in my panna cotta, vegan cheesecakes, and spicy raspberry salsa.

To make the puree, I simply add the berries to a blender and let it run until it’s as smooth, then strain through a mesh sieve to remove the seeds. After that, I stir in the honey and voila! Delicious blackberry puree goodness! 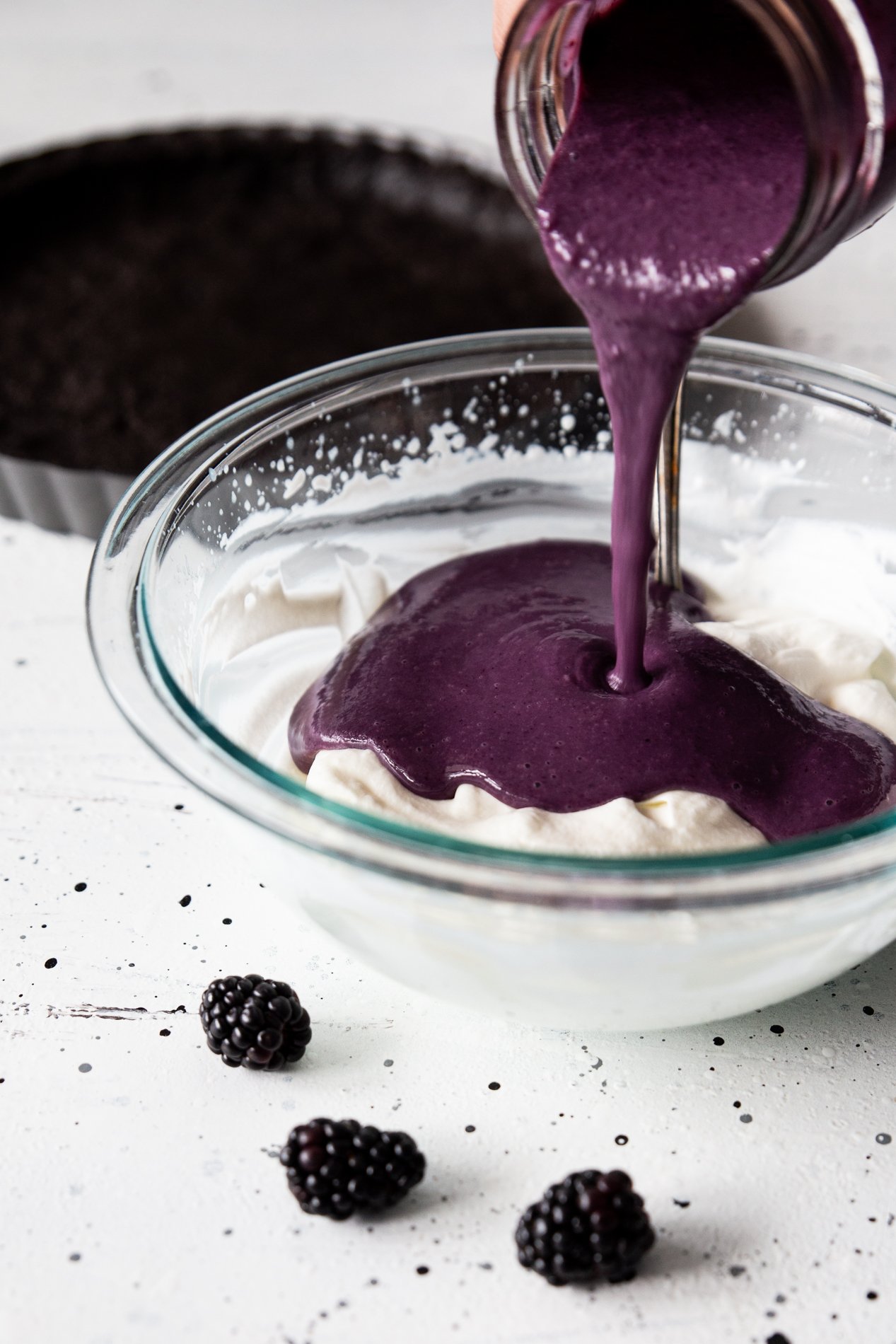 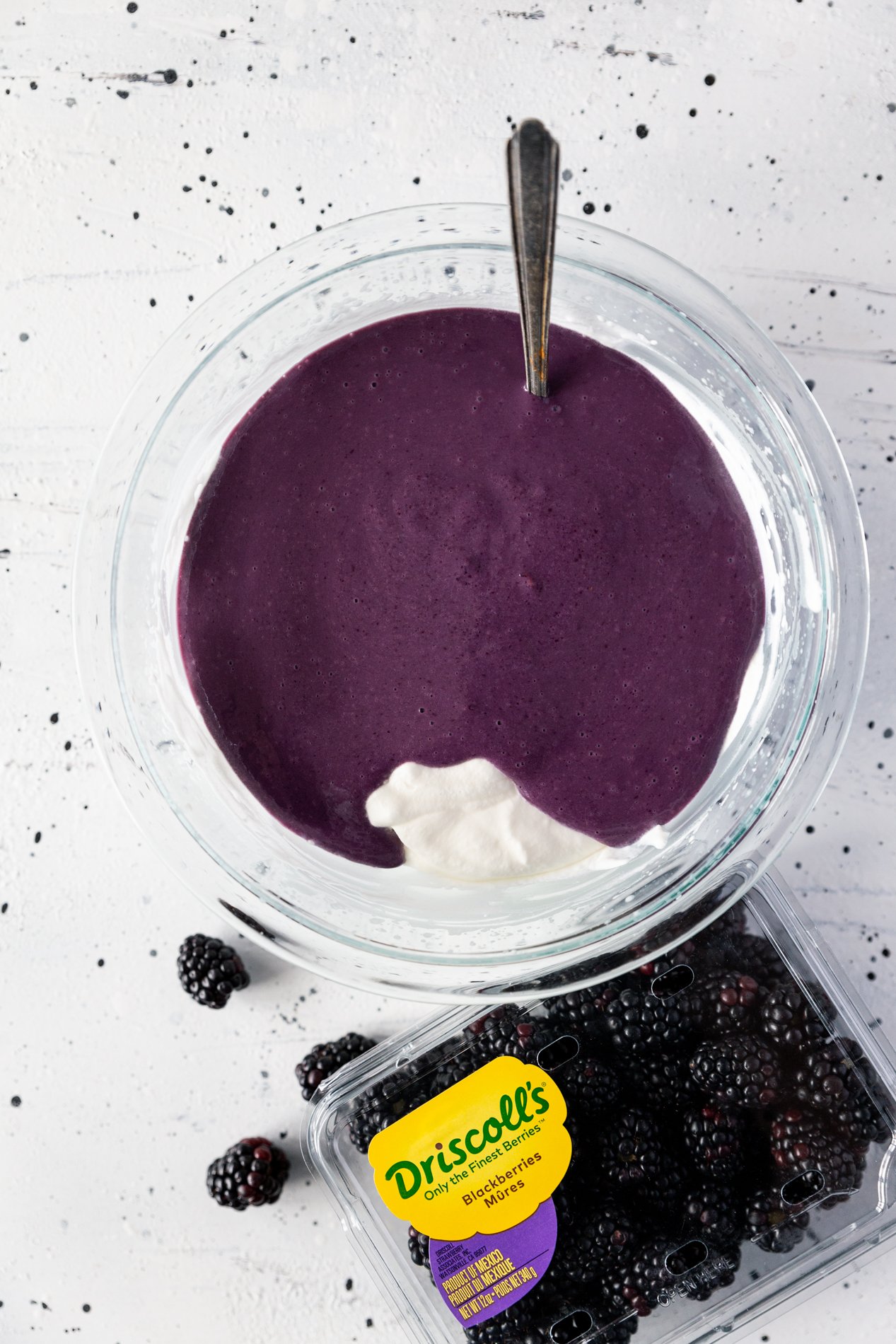 It’s almost a shame to mix it up with the remaining tart ingredients, but it wouldn’t be a tart otherwise!

How To Make This A No-Bake Tart

I wanted a crust that didn’t require oven time, so I went to my tried and true combo:

All you need is a food processor, or some aggression and a rolling pin. Either way, you’ll get those cookies pulverized. Mix in the melted butter and press it into the tart pan and pop it in the freezer to set. Easy peasy.

The tart itself requires no cooking either!

All of that is gently folded together, scooped into the tart shell, and chilled until set. 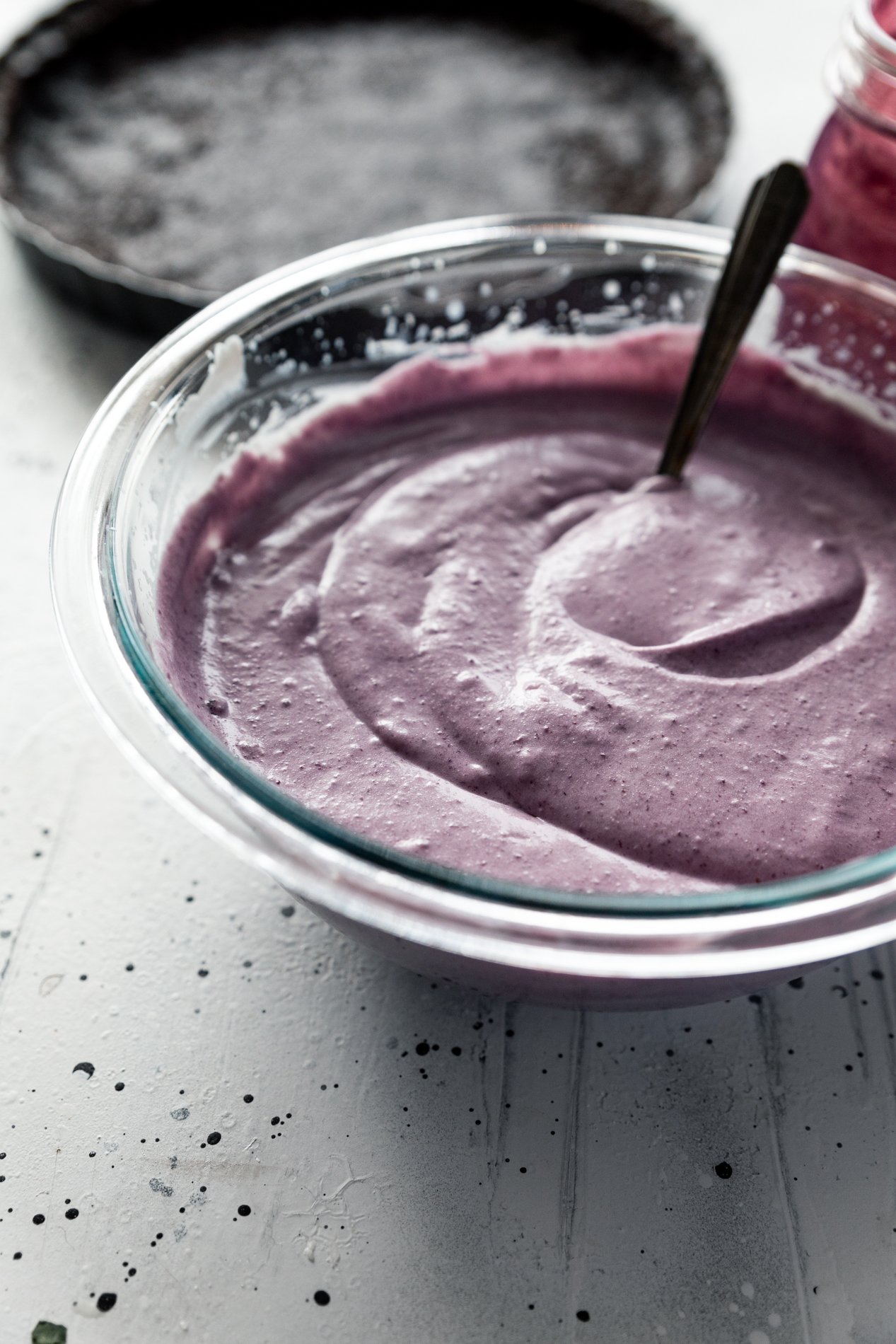 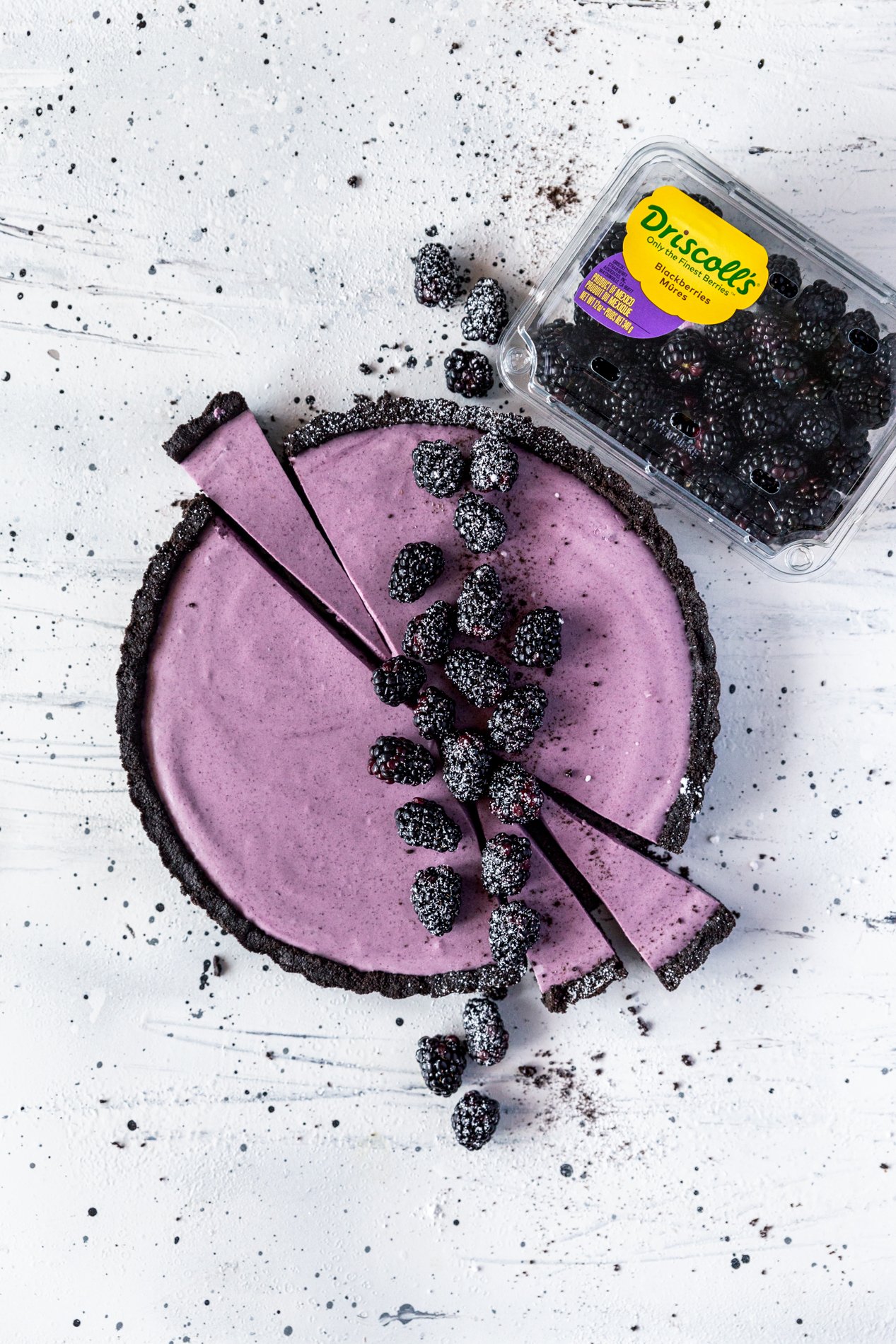 Are you ready to celebrate the New Year in style? Then it’s time to get no-baking with this blackberry tart! 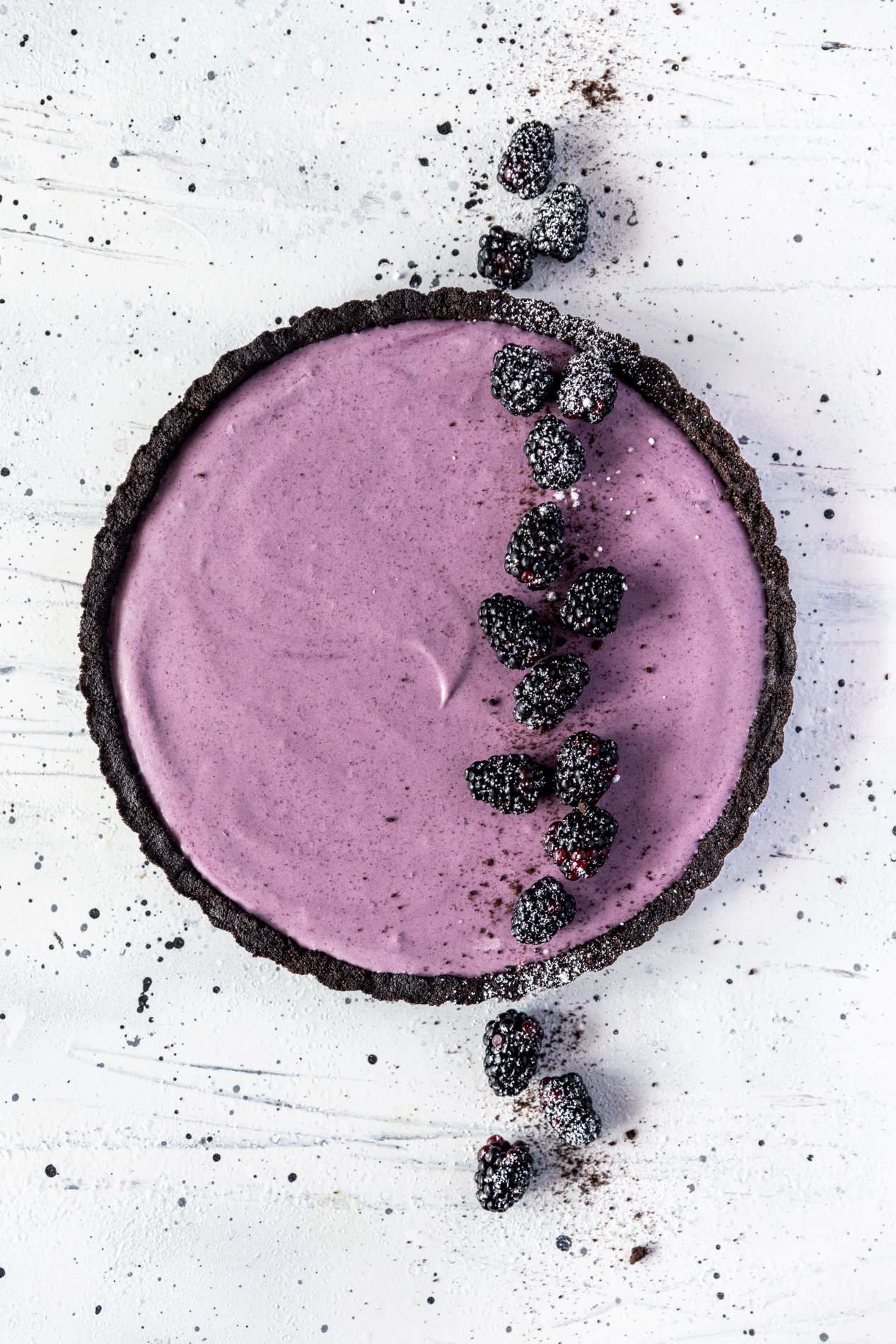 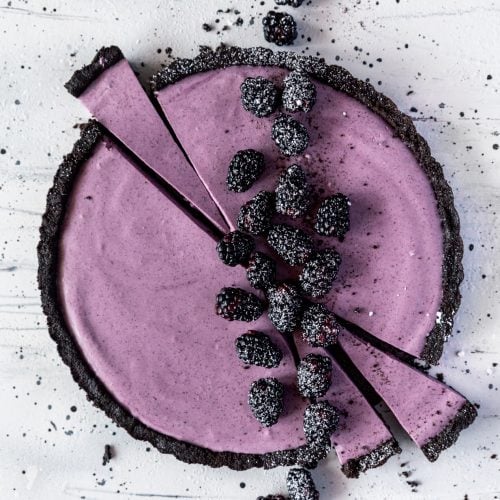 A dessert so fancy no one will believe you whipped up this Easy No Bake Blackberry Tart in just minutes! Break away from traditional tarts and enjoy a decadent treat tonight!
5 from 1 vote
Print Pin Rate
Course: Dessert
Prep Time: 15 minutes
Chilling Time: 1 hour
Servings: 8
Author: Karly Gomez 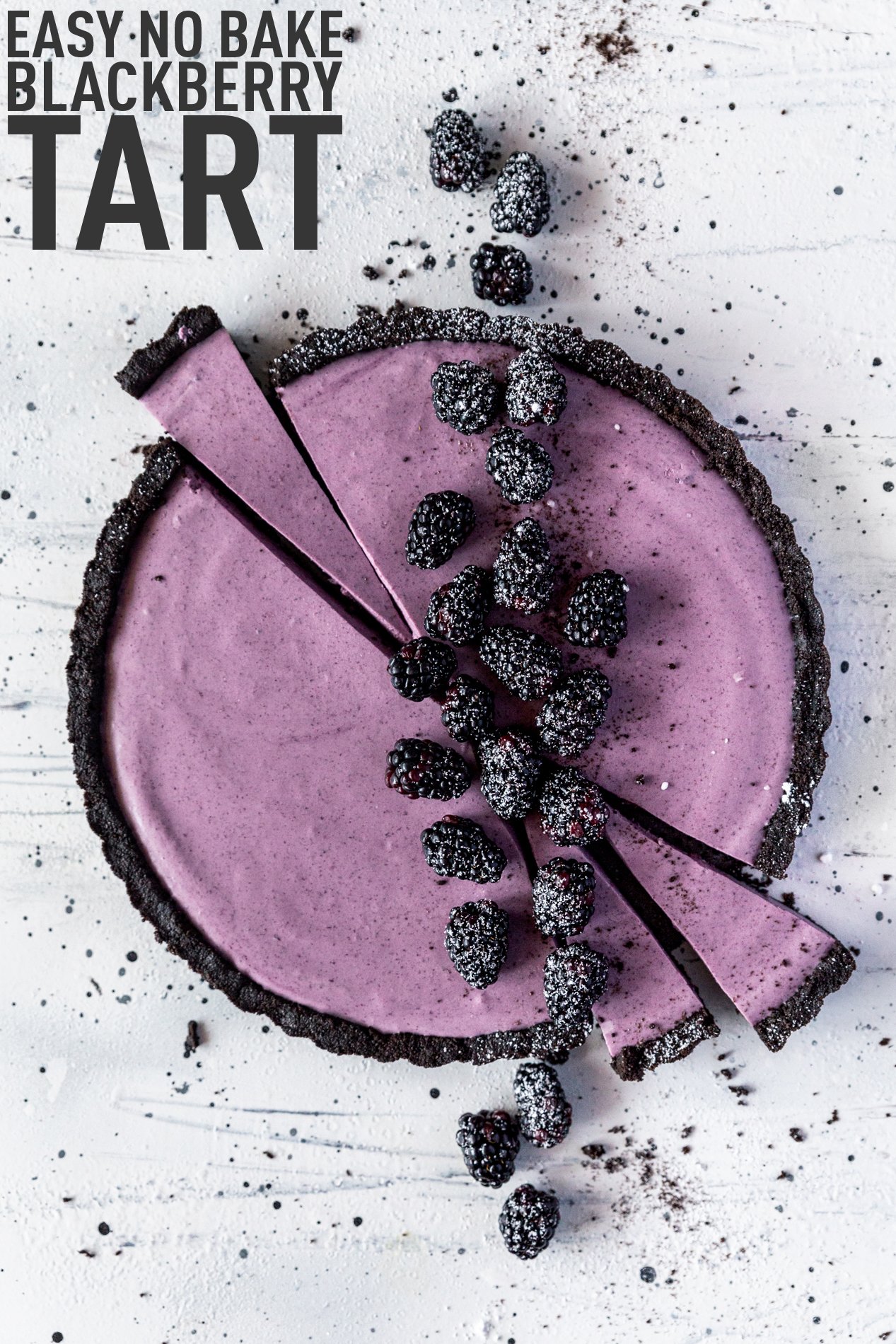