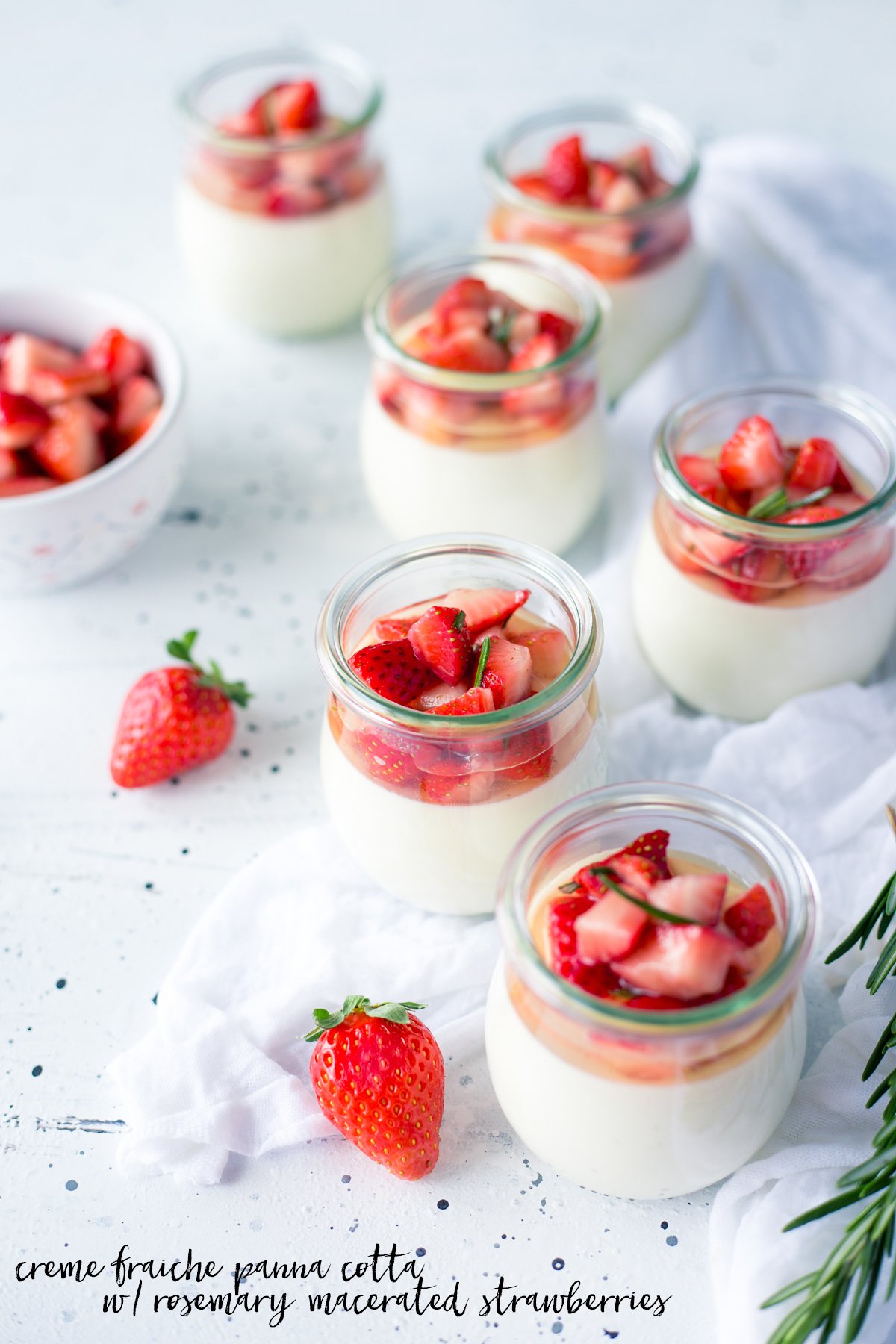 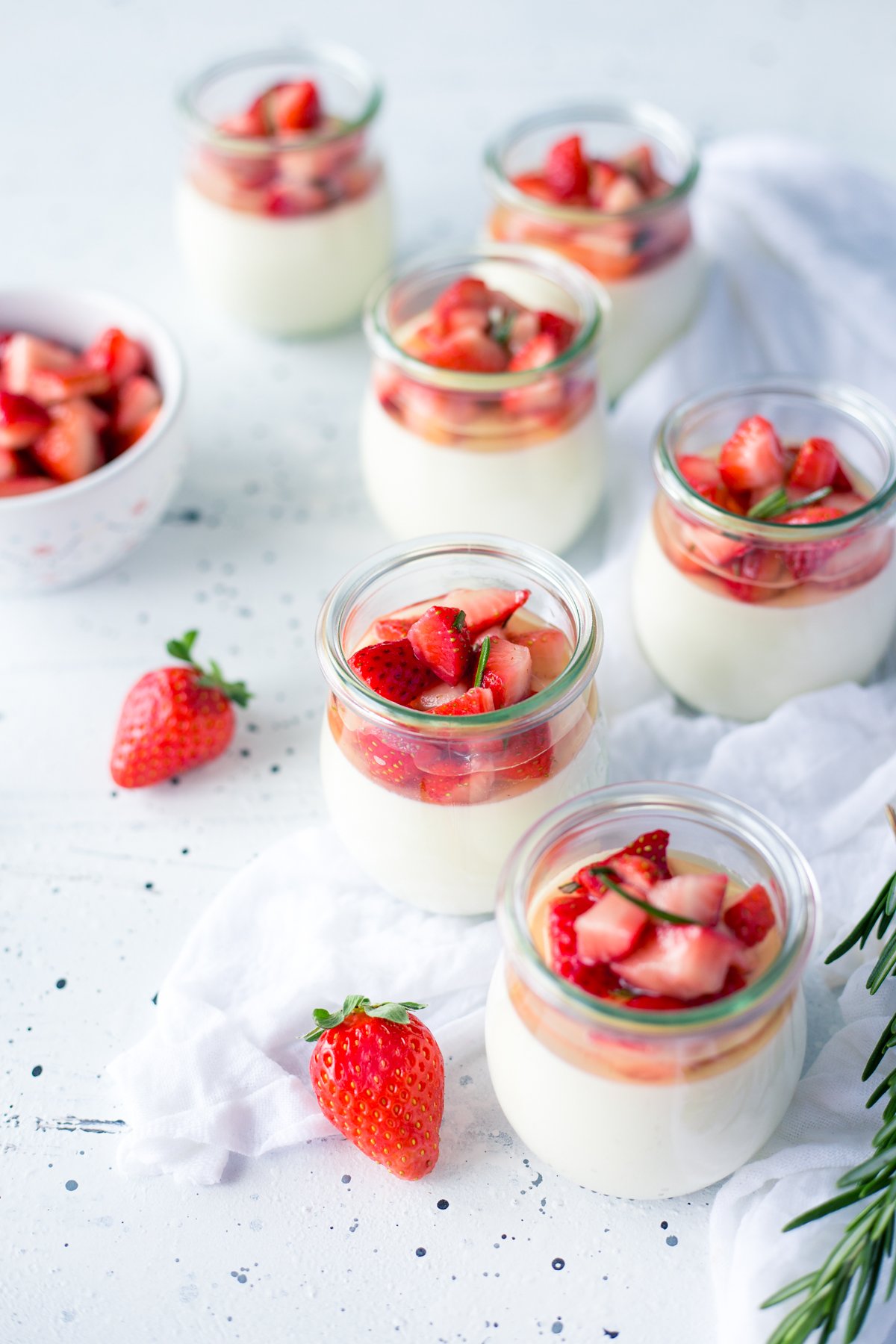 I know I said earlier in the week that these sopapillas are the easiest to make, but really, in terms of easy recipes, this creme fraiche panna cotta is nearly unbeatable.

I would seriously almost say that it’s so easy I kept forgetting I was even going to make it. It’s kind of sad. I kept saying to myself “OH YEAH KARLY YOU NEED TO MAKE THIS WTF” and then two seconds later I would forget again.

The first time I ever tried panna cotta was when I worked for a fancy Italian eatery up in the Minneapolis metro. It was the most luscious dessert, and it sat upon a vanilla cream sauce with a chocolate truffle on top and omg I swear, best ever.

IT WAS SO GOOD.

And then I never had one again.

Clearly I’ve rectified that situation, so we can move on with these easy recipes, because I know that is what you love. I know I love it. 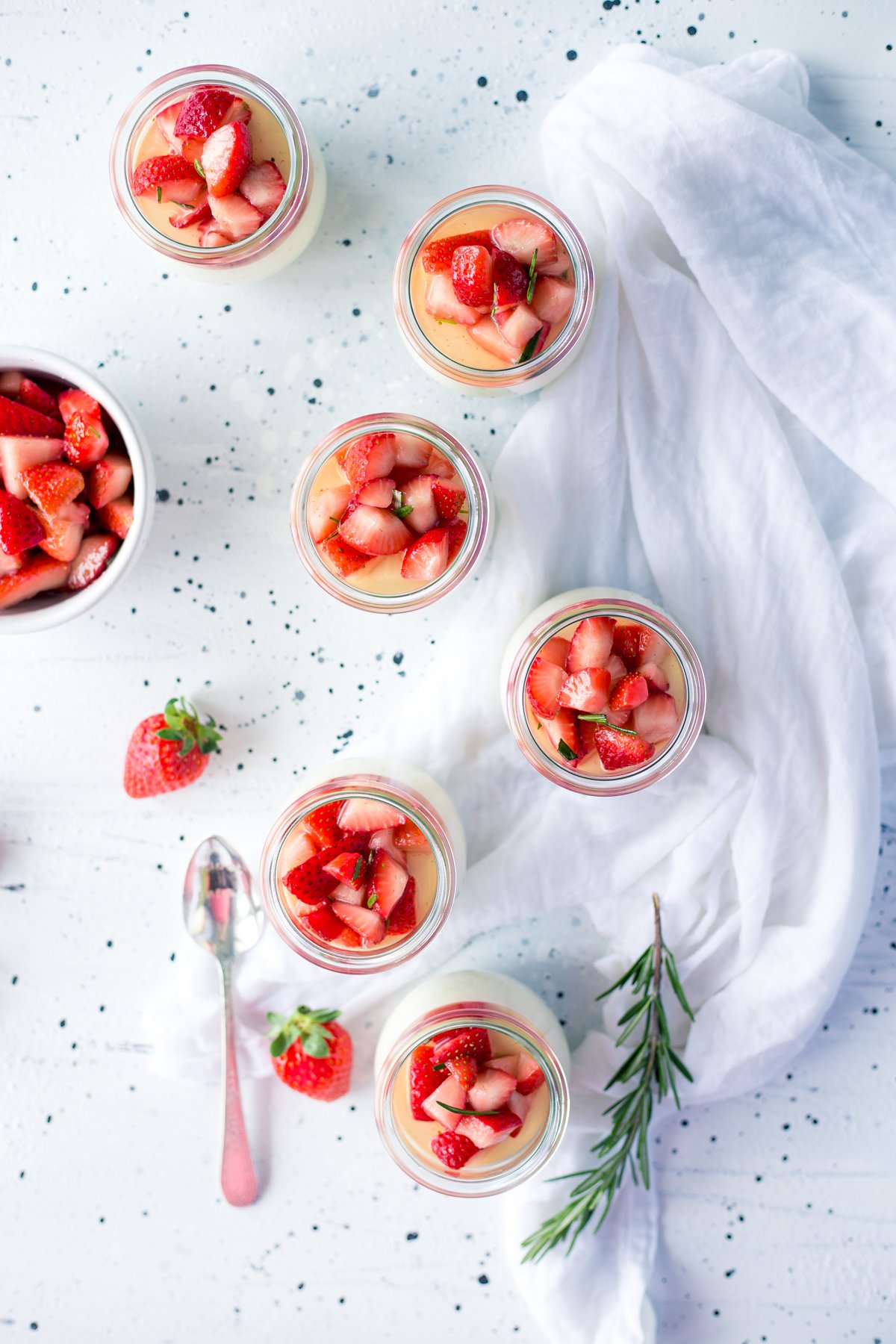 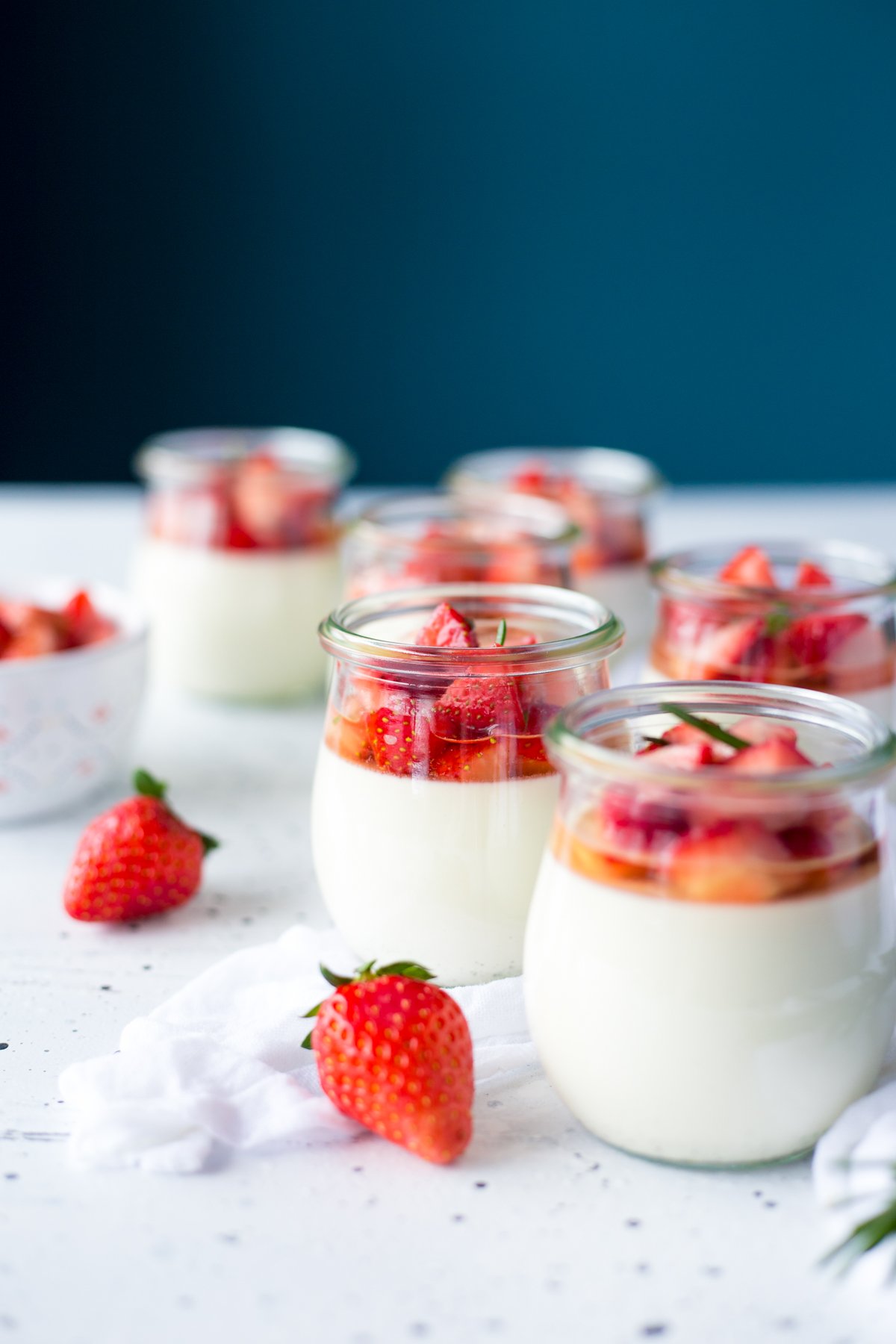 If you are unfamiliar with creme fraiche, or crème fraîche if you’re feeling fancy, it’s similar to sour cream but less sour, and it has a higher fat content and no added thickeners.

Anyway, it works really well in panna cotta, because it’s nice and rich, with a light flavor that is easy to mold, like in this case, I wanted a lemony brightness, and boy did it deliver. 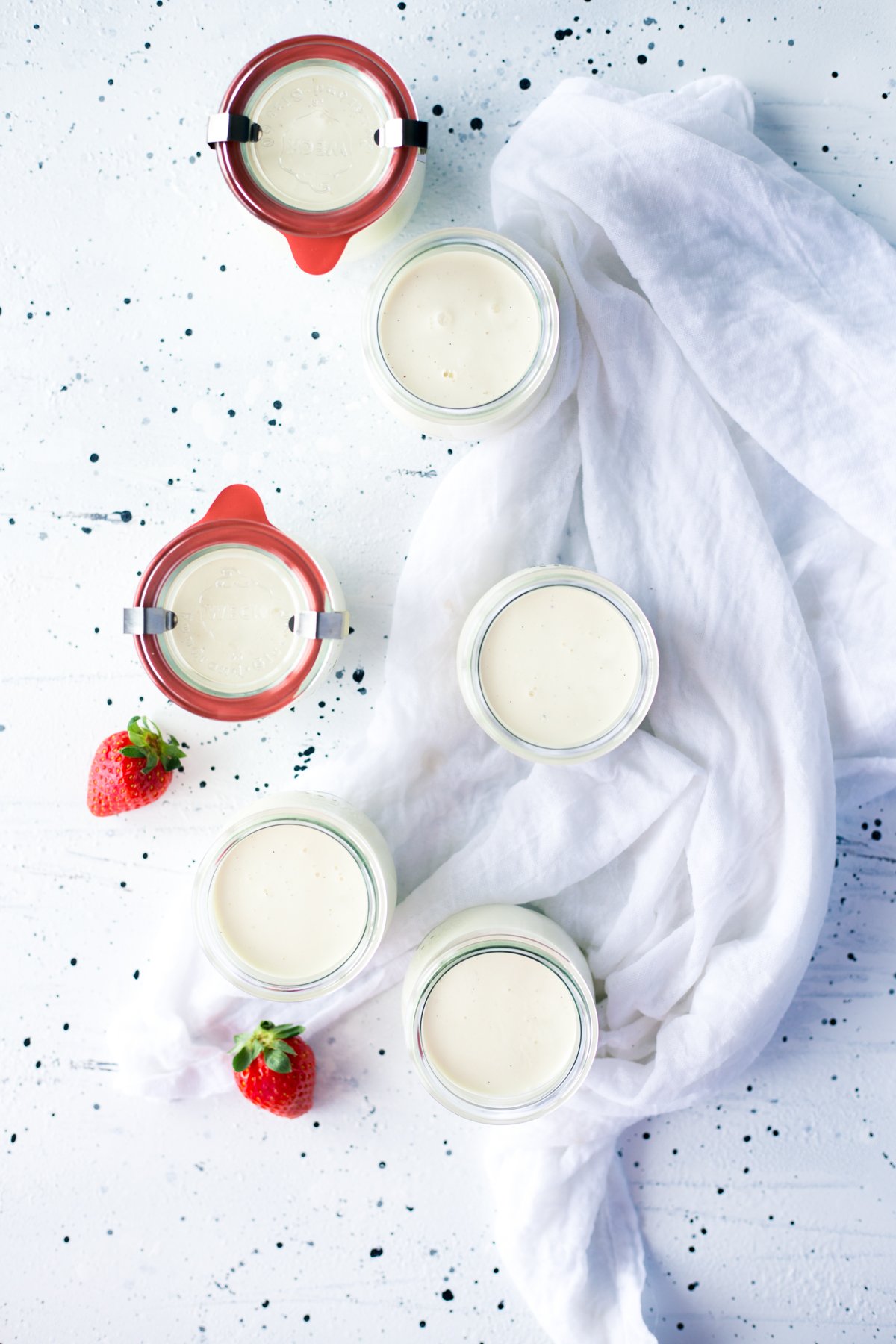 Also, how freaking cute are these little Weck Tulip Jars?! I am obsessed. They are so cute, and little, and perfect for panna cotta! I divided the panna cotta between the six jars, which left me plenty of room to add the mango syrup and macerated strawberries. 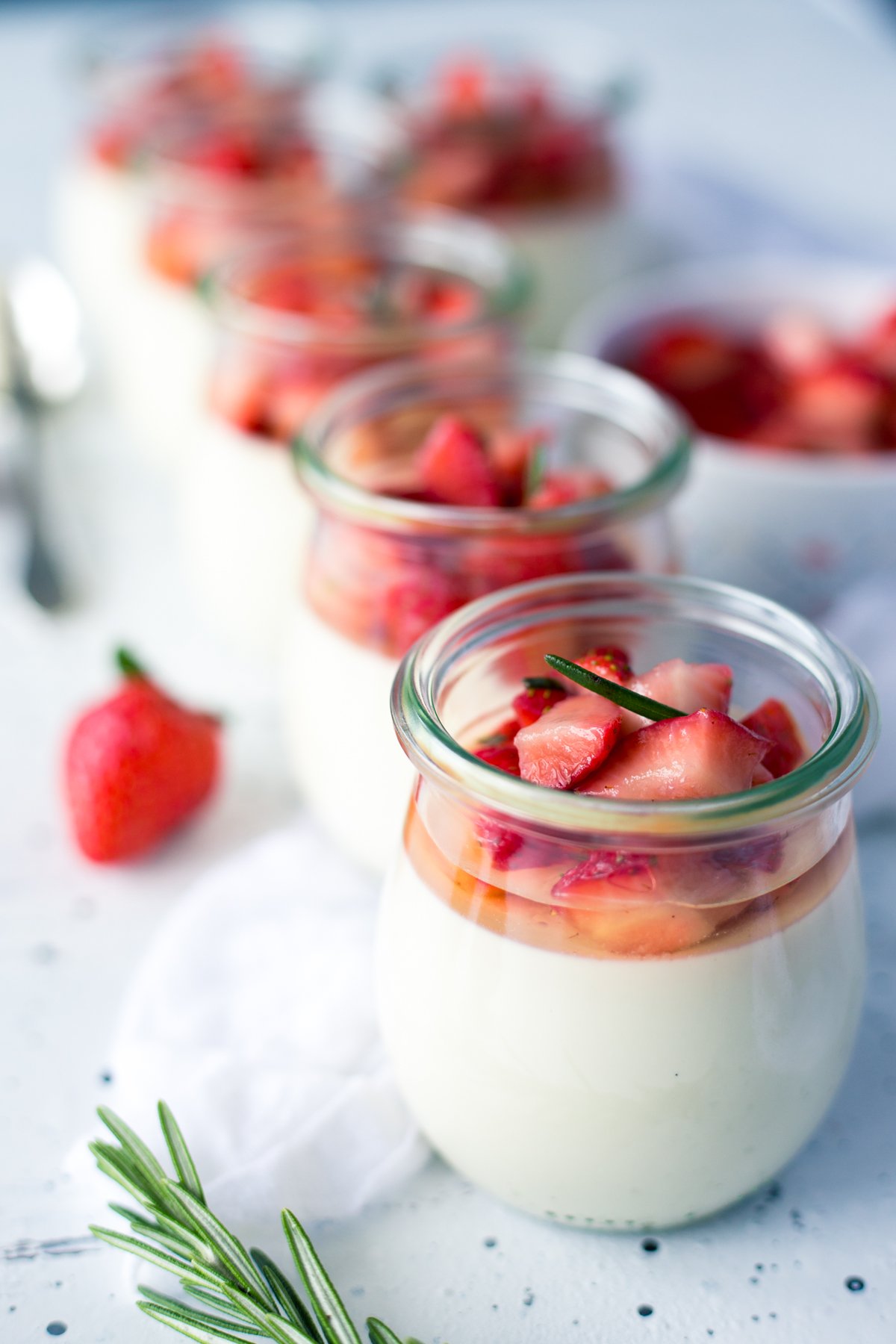 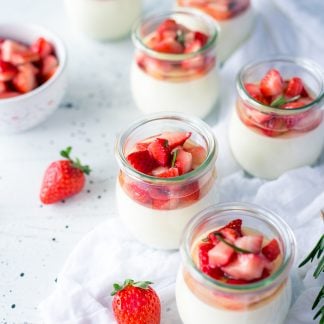 For the Panna Cotta

For the Macerated Strawberries