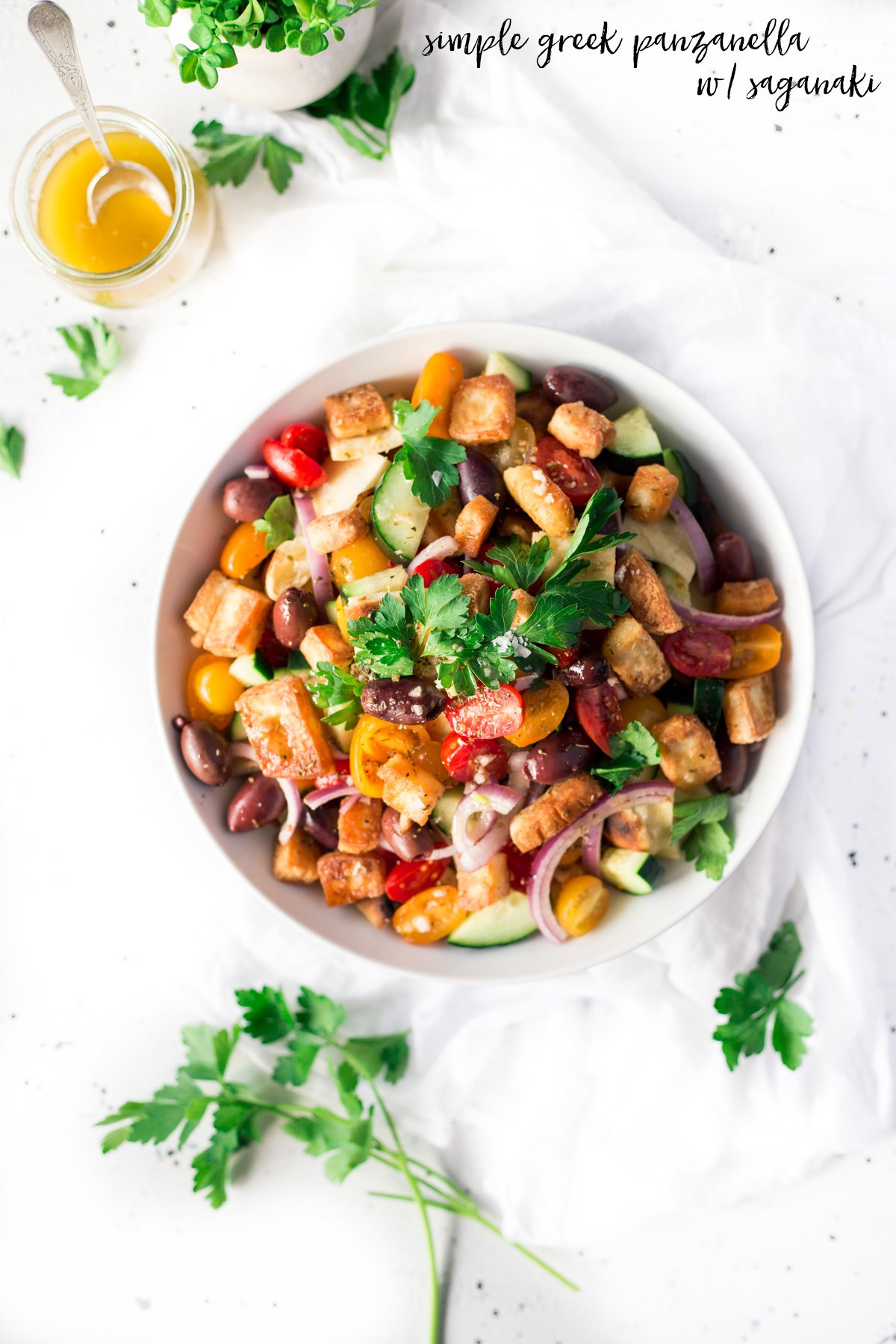 This blog post was sponsored by Stonefire but the opinions are completely my own based on my experience. Thank you for supporting the sponsors who support A Simple Pantry! #HelloNaan 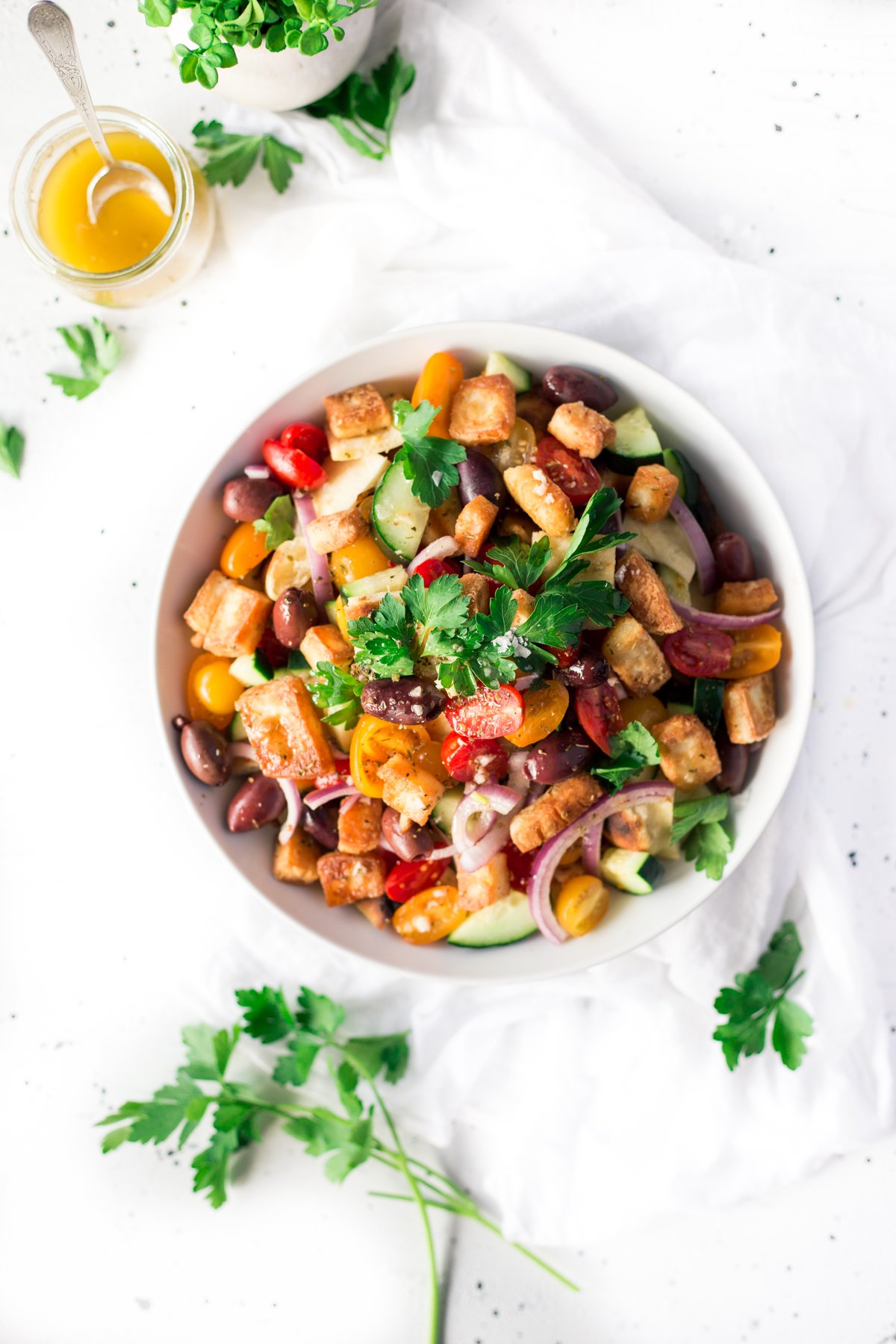 The BIG GAME is this weekend, and when it comes to appetizer recipes for a party, you know I’ve got you covered!

And seriously, it’s so simple and tasty, people will completely overlook the fact that it’s filled with veggies. Dips be damned, this simple Greek panzanella with saganaki will be the star of any party! 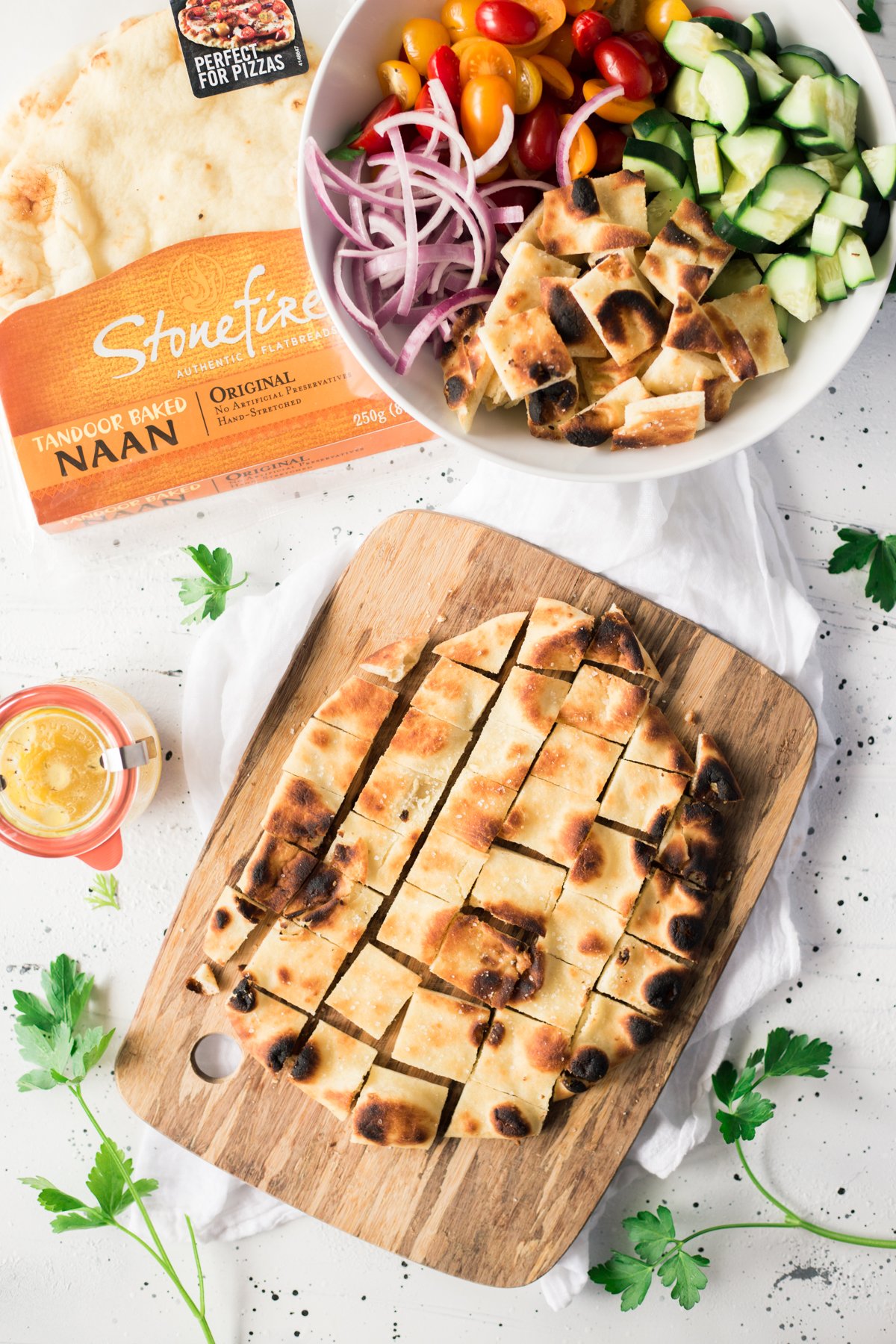 Have I ever mentioned my love for Stonefire Naan? I’ve used it with my chicken tikka masala and Moroccan harira, but I’ve rarely strayed from my rip and dip ways, until now.

Like my grilled peach panzanella, most use a crusty, fluffy bread, but I decided to try using Stonefire Naan, and I don’t think I will ever go back. It’s perfect for panzanella! 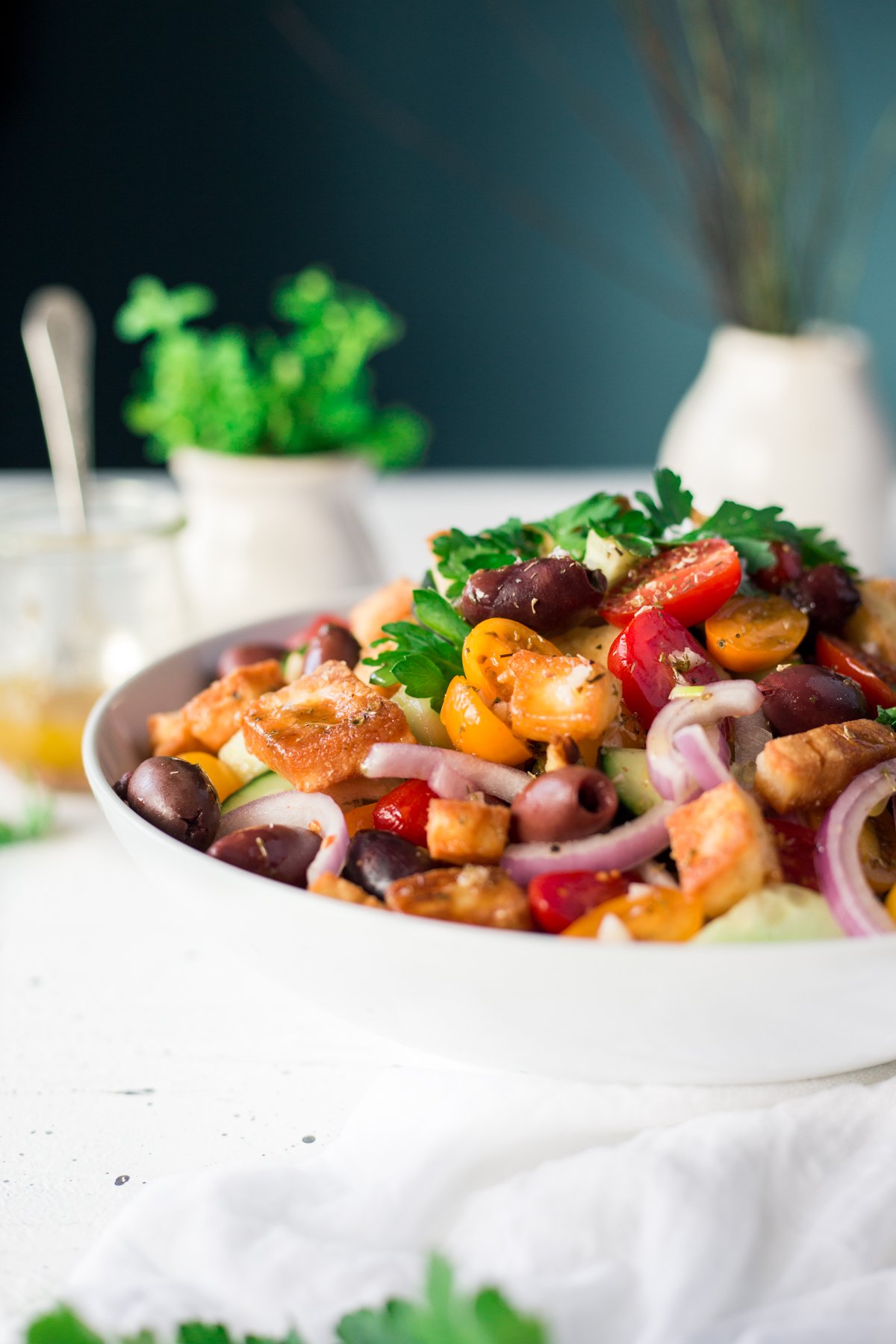 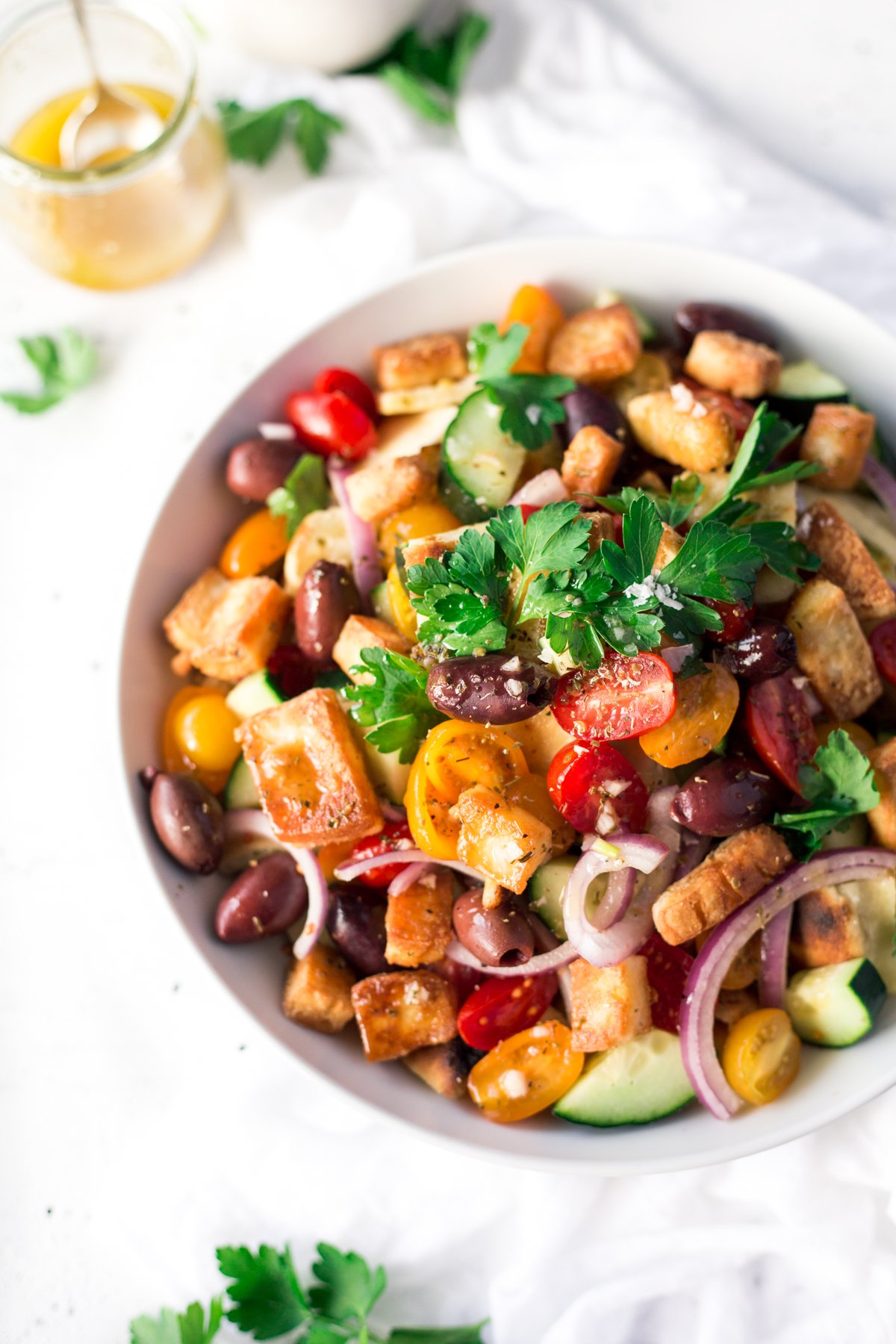 I threw the naan under the broiler for a few minutes, then chopped it up and tossed it with fresh tomatoes, cucumbers, and red onion, then dressed it with my famously famous Greek dressing and went to town. You’ll be hard-pressed to find appetizer recipes that compare to this one!

Normally, when my Greek dishes, I use a lot of feta, but this time I decided to have a lot of fun by making saganaki instead! Basically all it is is fried cheese. So delish. I went with halloumi cheese, then dredged it in flour that was sprinkled with a hearty helping of salt and pepper, and then fried it up real quick in a large skillet. Took like five minutes. It was awesome.

And since it’s best warm, it was the last thing I did to finish off this panzanella. 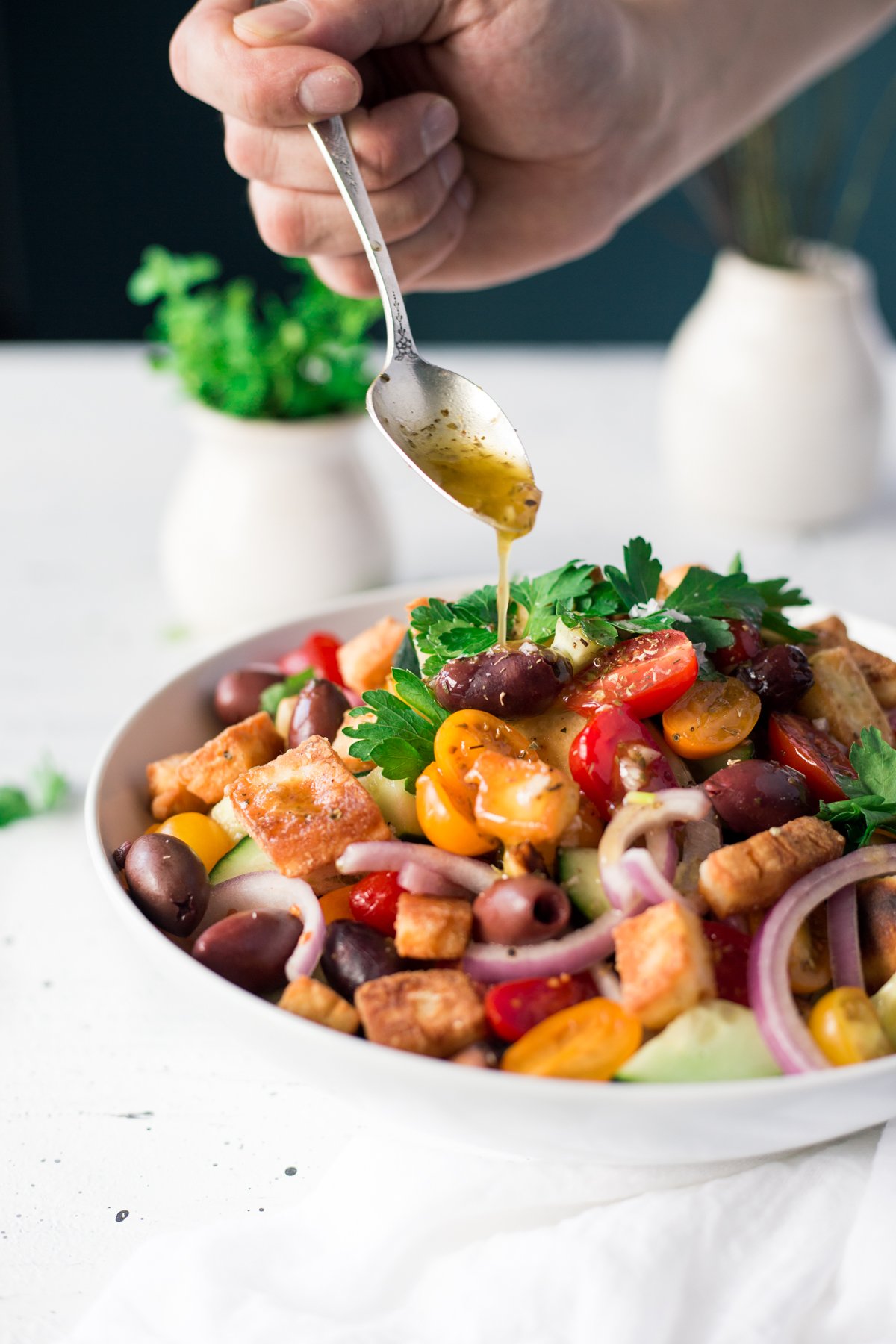 If you’re looking for more naan-spiration, check out some of these amazing recipes, then grab a coupon, head to your local Publix, Ralphs, Ahold and Giant, and get cooking for Game Day! 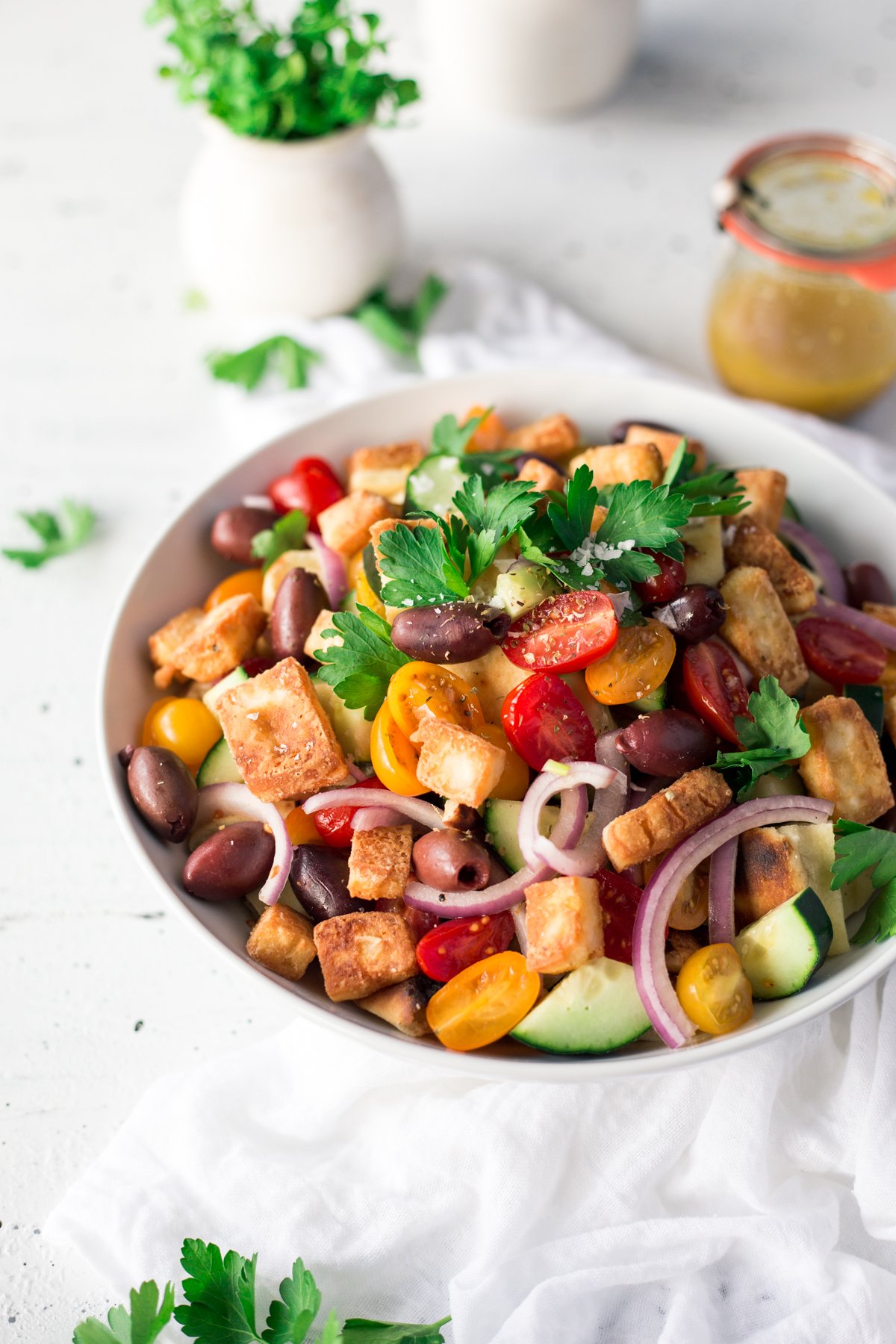 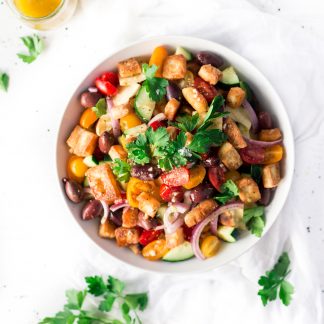 *The amount of oil needed can vary, depending on the size of the pan used. I fried the cheese in a 12 inch cast iron skillet, for reference, and used enough oil to coat the entire bottom and bring it up the sides by about ⅛-1/4 inch.
MADE THIS RECIPE?Click here to leave a comment + star rating! ★★★★★