I’m sure you saw last night that I made a Shepherd’s Pie on Snapchat, yes? It was awesome. But I also regretted it because I had to turn on the oven, which resulted in a super hot house, and having to reboot the AC because it couldn’t handle it anymore. Sad face. BUT! Then you saw this Snap of my deliciously delightful Mexican Churro Ice Cream and all was right with the world. 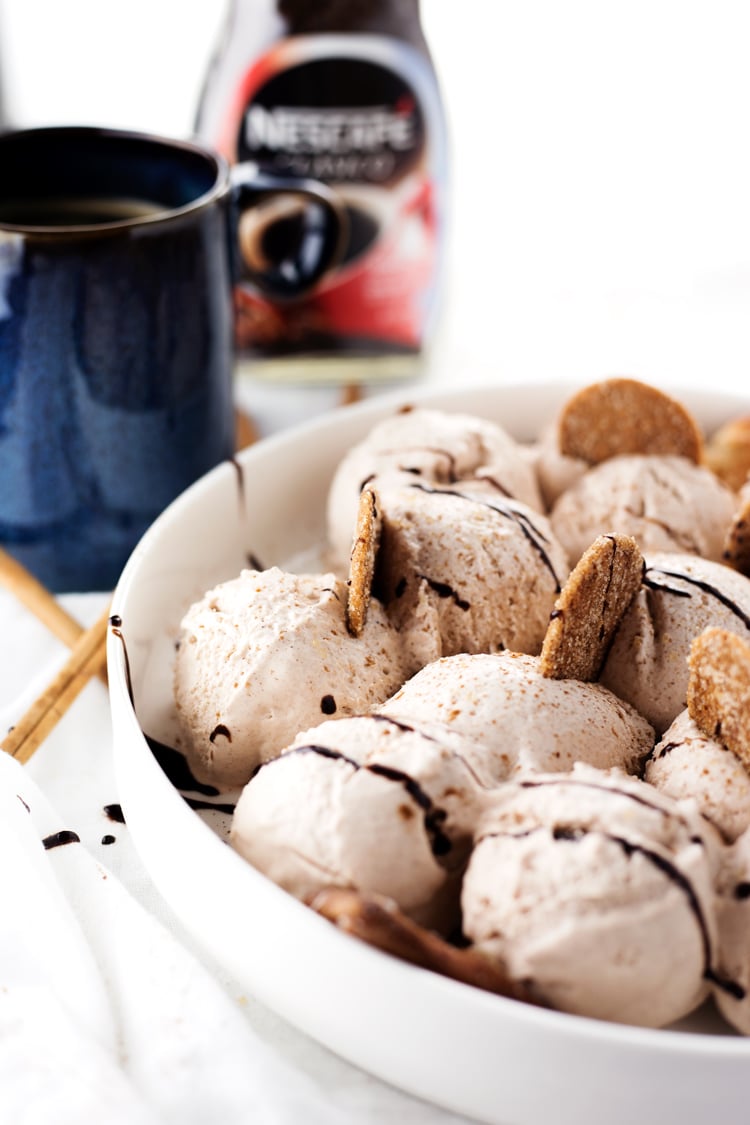 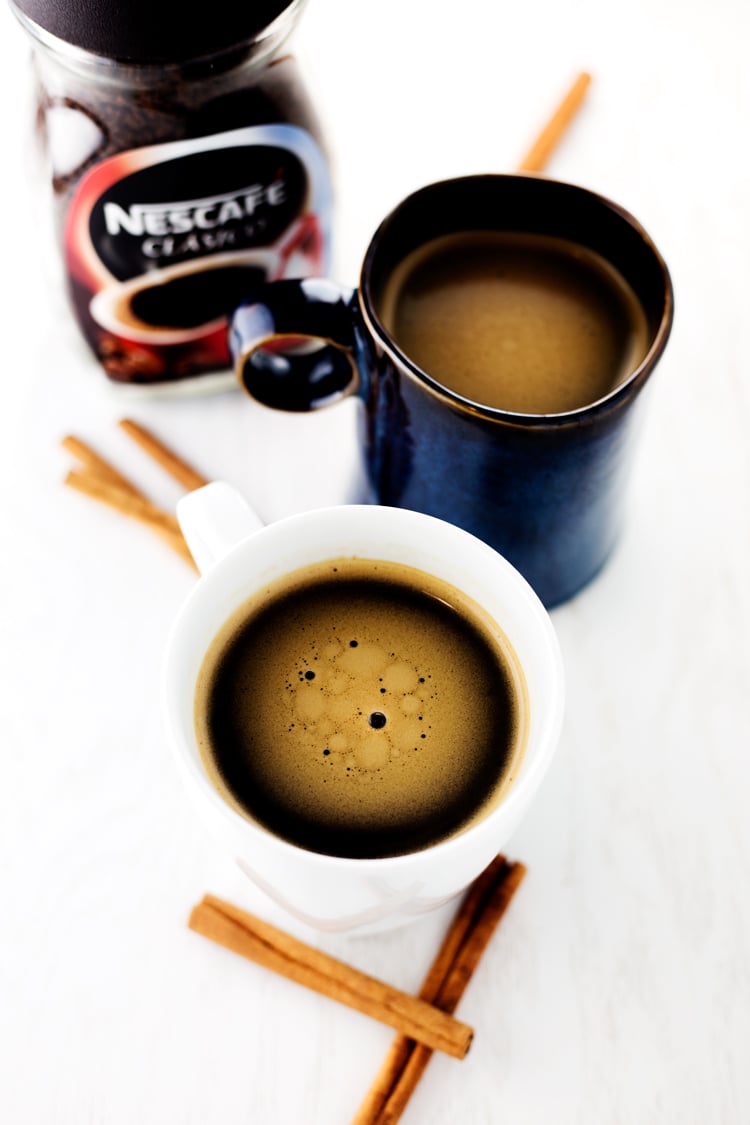 Yesterday was trying for me. The kids were being punks, and Laney in particular was living in the land of delusions, because she refused to pick up any of her messes, even when I threatened her with no dinner and la chancla.

Yes, she did get dinner, because she finally listened to Dad. Cause I’m apparently chopped liver in this house. Humphf.

She did, however, lose her dessert when she threw an epic fit outside my bedroom door while I was trying to cool off from my previously-stated super hot house. My room is the cool spot, cause I have like…ten thousand fans running in there. I have a low body temp, so I am always hot. It’s annoying.

After said epic fit, she was denied this amazing churro ice cream that I was enjoying with some NESCAFÉ® Clasicó™. Cause someone has to enforce a punishment around here, right? 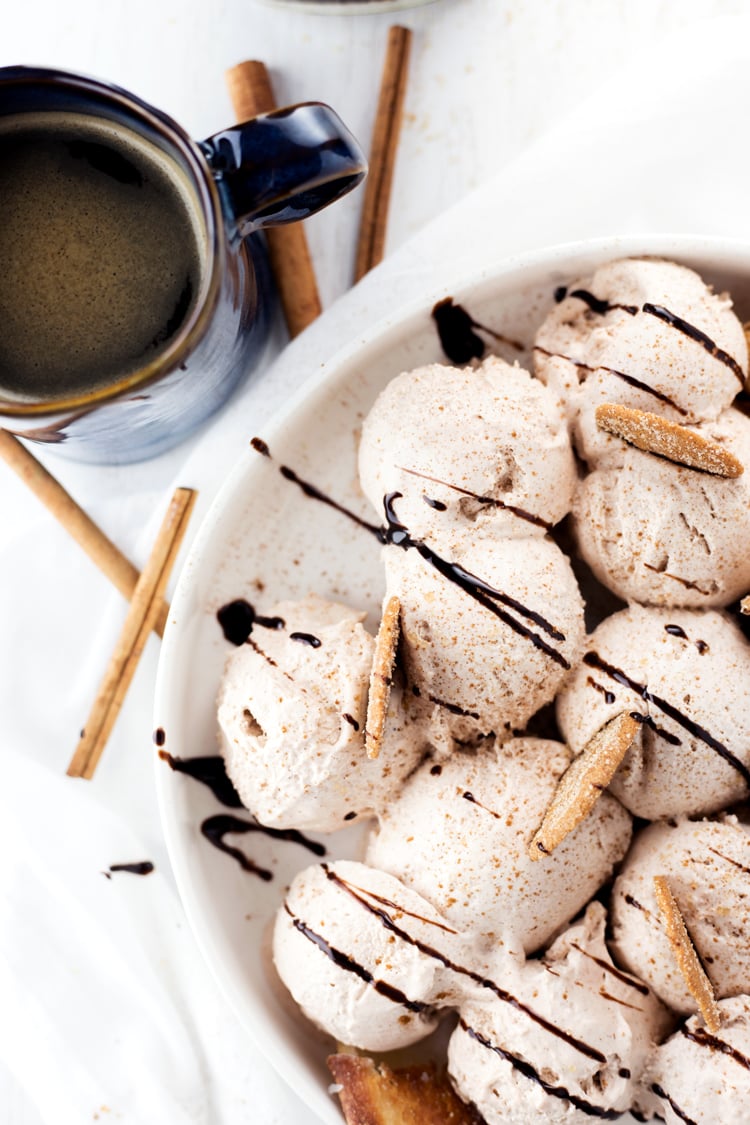 When I prepared this dish for photos, I ripped apart several campechanas, and had a ton of little pieces left behind after I served up the ice cream to girls and put the rest away. I took the remaining melt and the little bits of campechana and sat down with Delaney to nibble on the remains. It was our little moment. She may not have gotten to have full scoops of ice cream and the churro chips, but she got to sop up some ice cream with the campechana, as a good effort reward. 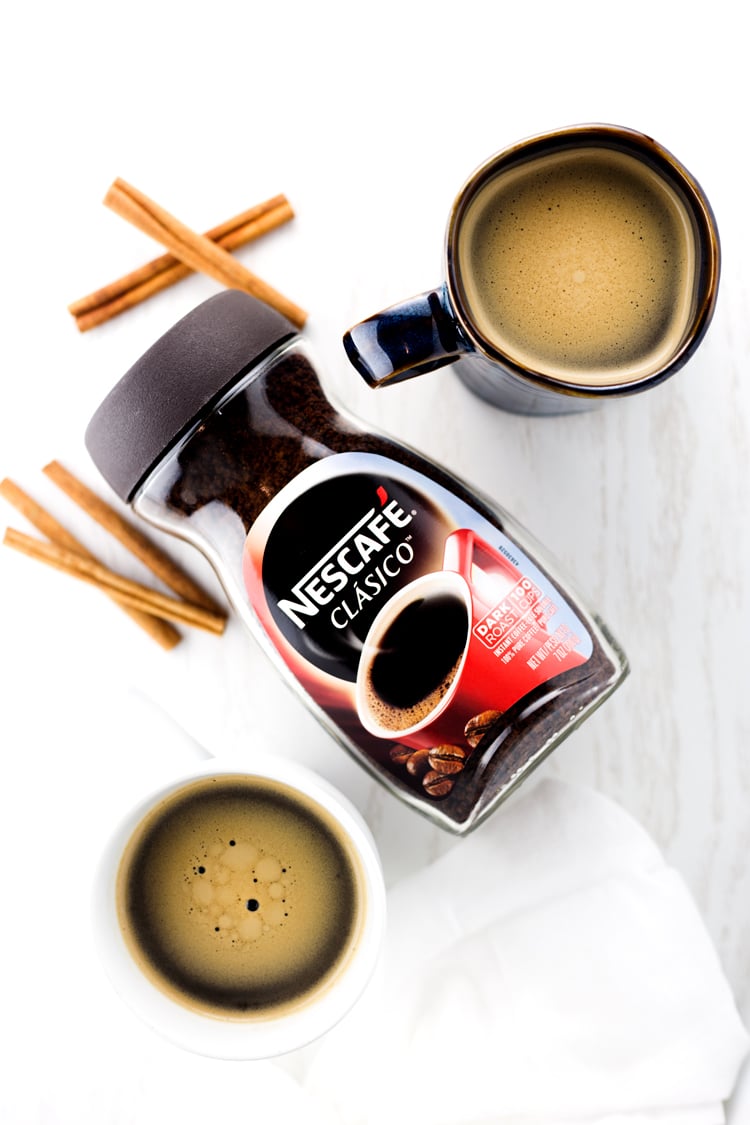 I sat there enjoying my NESCAFÉ® Clasicó™ quietly, while the girls finished watching a movie and I began to unwind from my day. It was nice to finally have an easy evening, since they seem so few and far between. 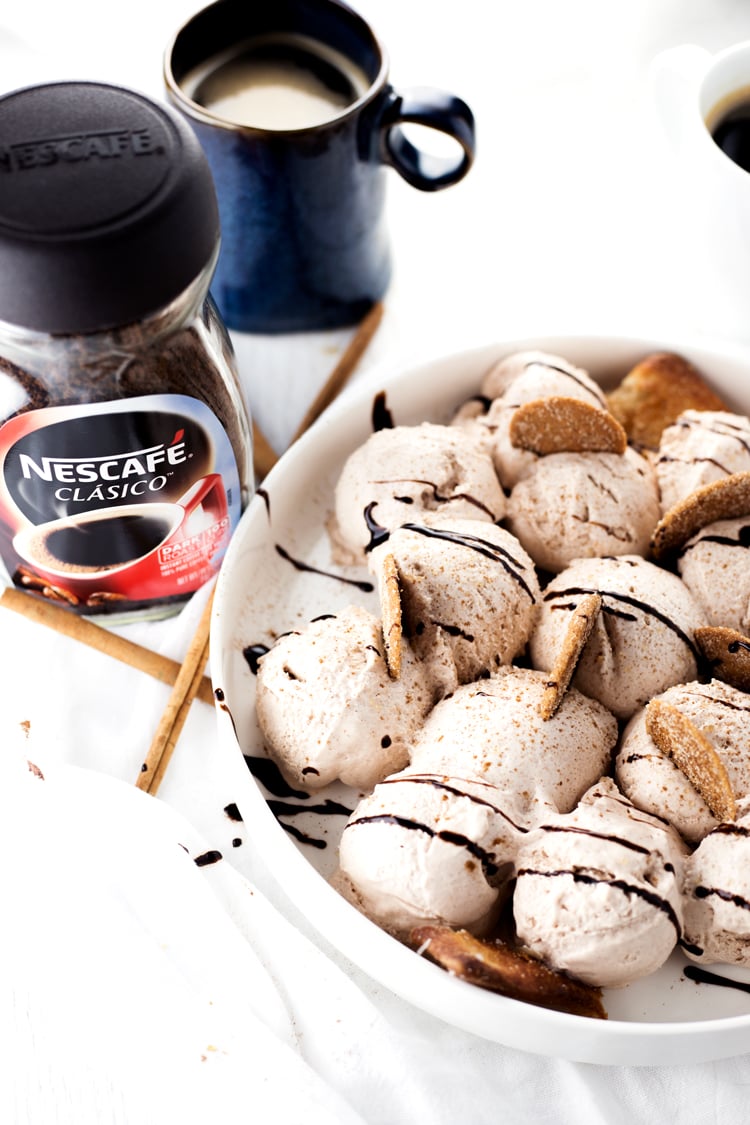 Let’s all cool down with some Mexican churro ice cream, yes? 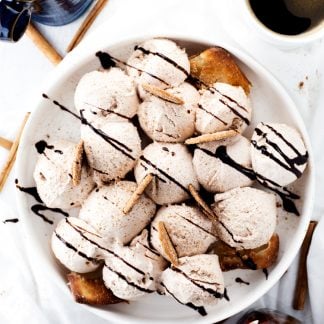 In this recipe, cook time refers to time in the freezer.
MADE THIS RECIPE?Click here to leave a comment + star rating! ★★★★★