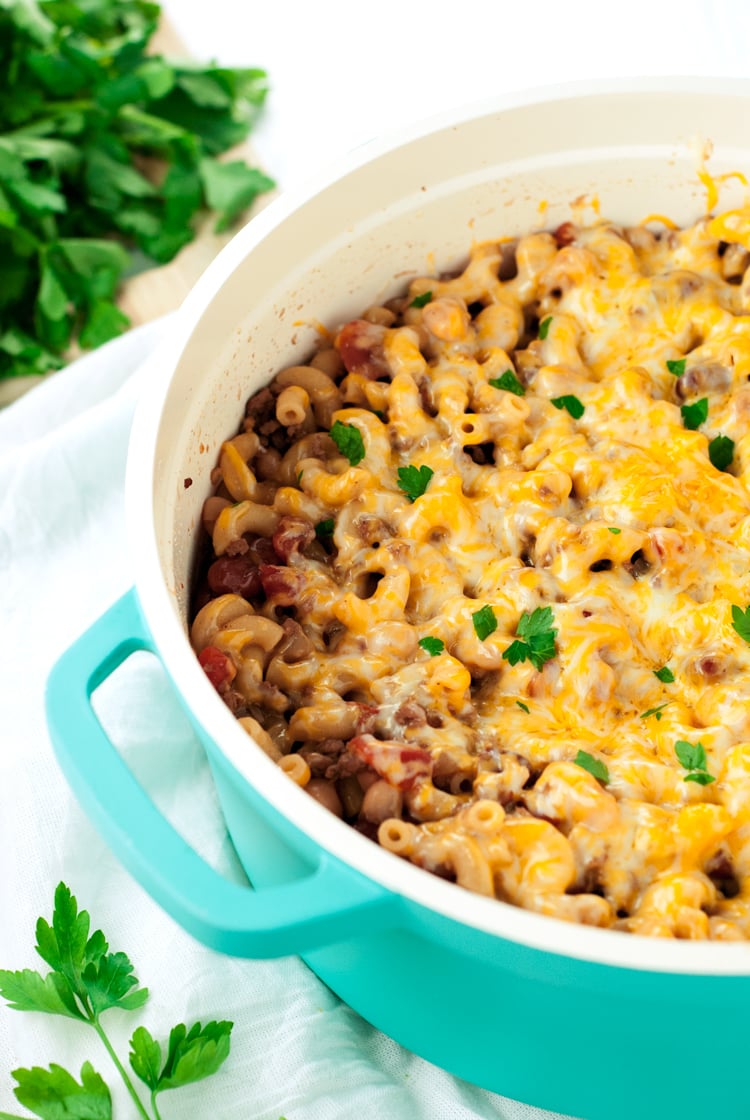 Growing up, I was always the baker. I’m sure it stemmed from my ridiculous love for all things sweet, but I had a knack for it that did not translate over into general cooking. My inability to cook is what set the wheels in motion that resulted in the most marvelous One Pot Chili Mac and Cheese that I am proud to claim as my own.

My grandma always made the best goulash. She would make it slowly on the stove, letting the flavors mingle in the air and tempt everyone for hours. It was agony waiting, I swear. Whenever I asked her to give me the recipe, she never could, because she said she always just threw stuff in.

It became my mission, over the years, to figure out and master my grandma’s goulash. 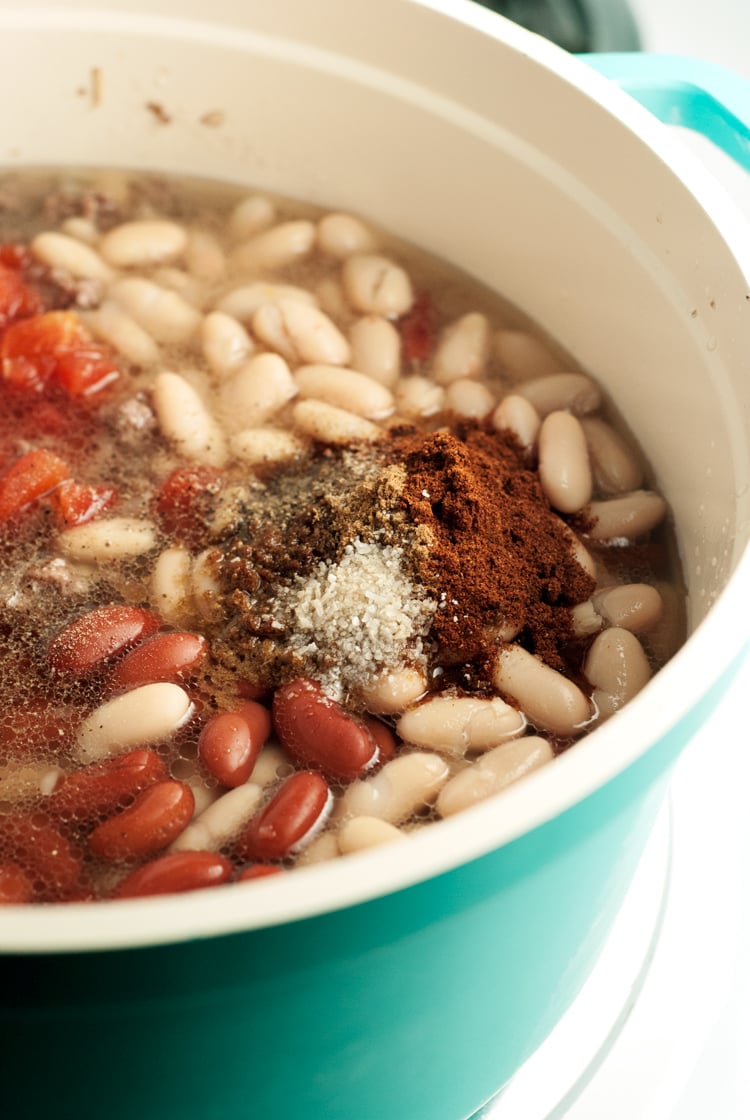 My first few attempts resulted in less than edible dishes. I mean, I’m talking bad bad. Then I moved on to flavor profiles that were decidedly Italian, rather than Midwest comfort food. As I finally approached something similar to the flavors I knew, I was disheartened, because I felt like I had strayed so far from the dish I loved that I was ruining my memory of it.

In the end, it was my grandma who put me back on track, by proclaiming that I had come up with the best tasting chili mac base she had ever tried! I felt like I had been released back into the wild, but on a new path, and it lead me to my one pot chili mac and cheese that has become just as much a staple in my family as my grandma’s goulash. 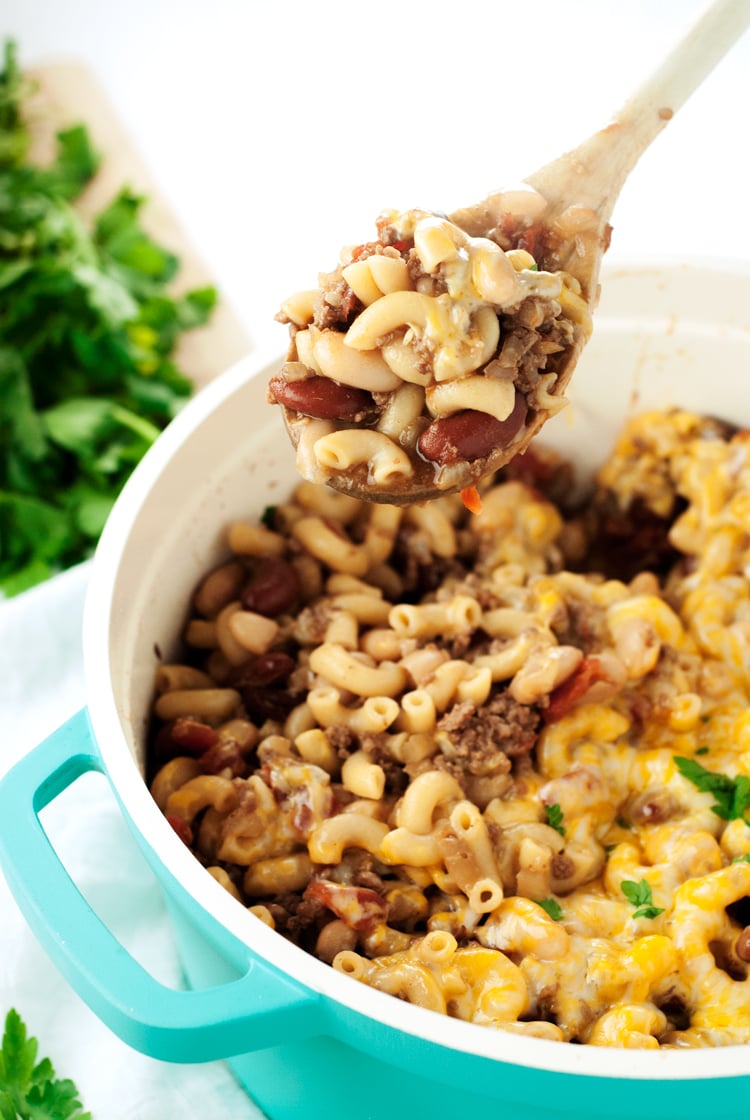 I want to know about your Family Favorites; the foods you grew up with, the meals that stir comforting memories, the smells that reminded you of home. Please tell me! 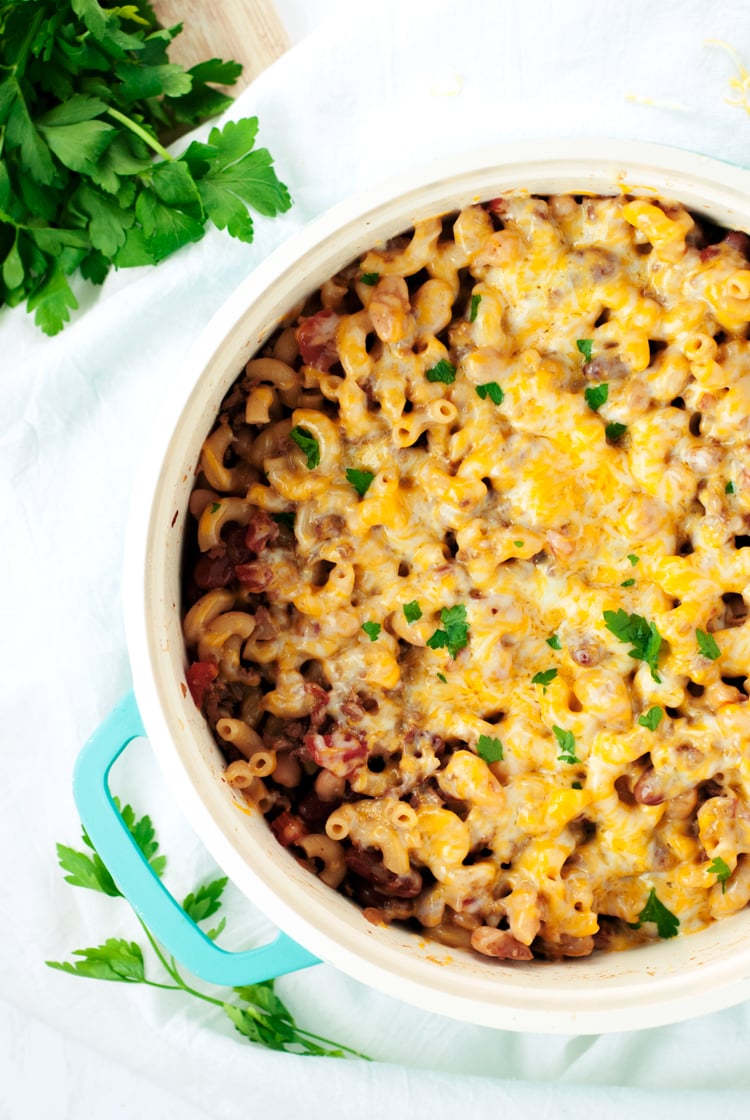 Now, how about we make some One Pot Chili Mac and Cheese in the meantime, yes? 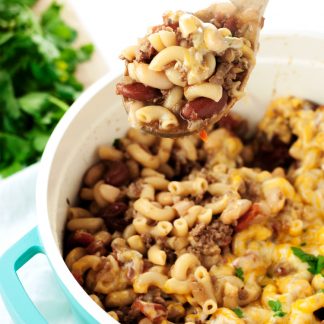 One Pot Chili Mac and Cheese