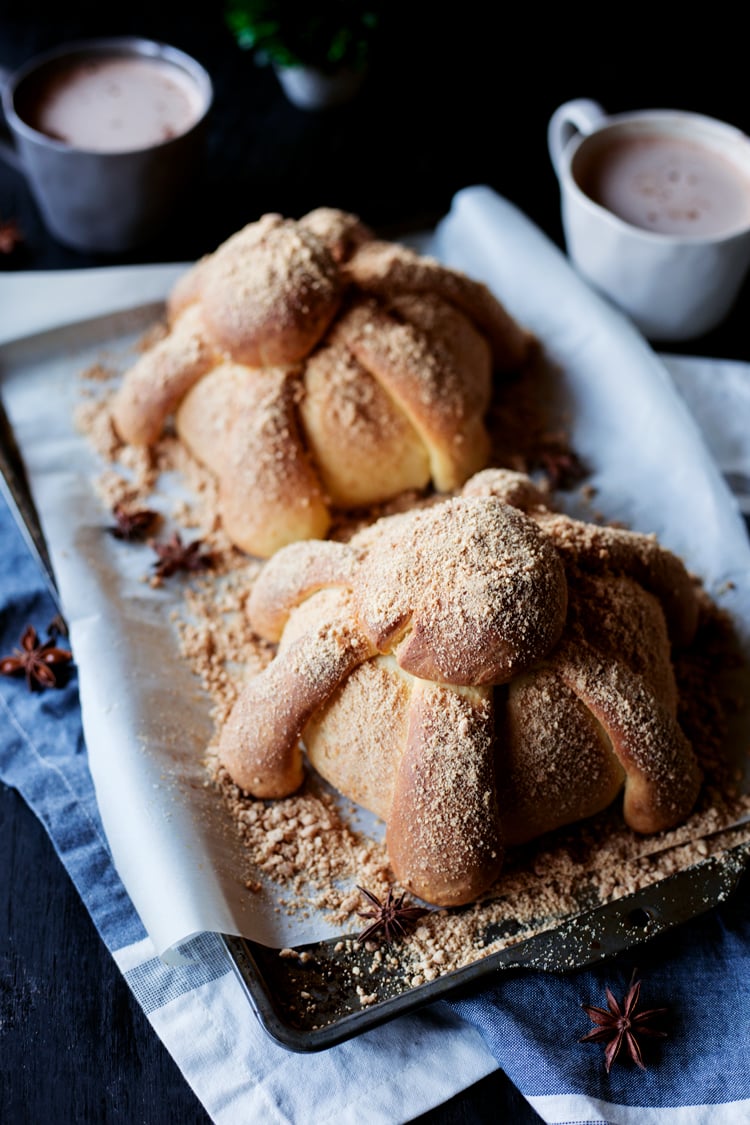 I celebrate Dia de los Muertos with my family every year, but in all honesty, this is the first year I’ve taken a stab at making the iconic Pan De Muerto, or rather, Bread Of The Dead.

If you aren’t familiar, Dia de los Muertos occurs the day after Halloween. It is a celebration of life in the memory of those who have passed, and the festivities are amazing. 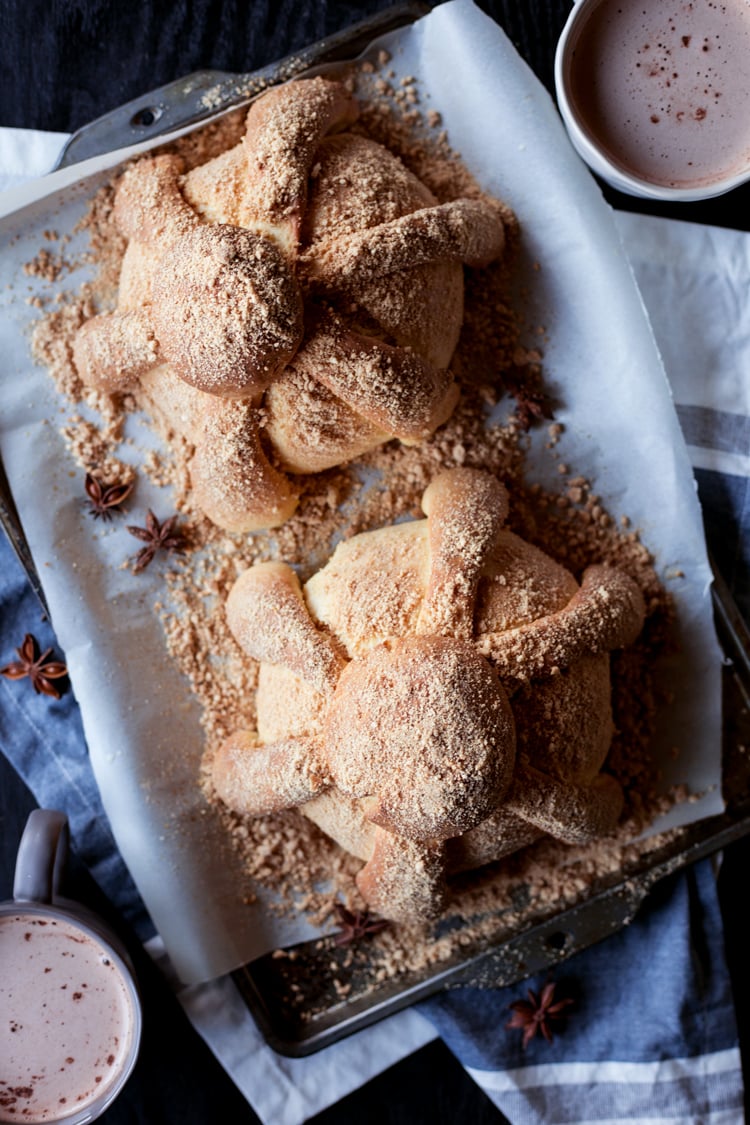 Although most noted for the colorfulness and sugar skulls, food is actually the biggest part of celebrating.

So what makes Pan de Muerto, or Bread of the Dead, so special?

It’s a slightly sweet treat made in the weeks leading up to Dia de los Muertos, and it features a domed loaf with a round protrusion as well as long ones.

In actuality, they symbolize a skull and bones, coming out of the funeral mound to greet the living! 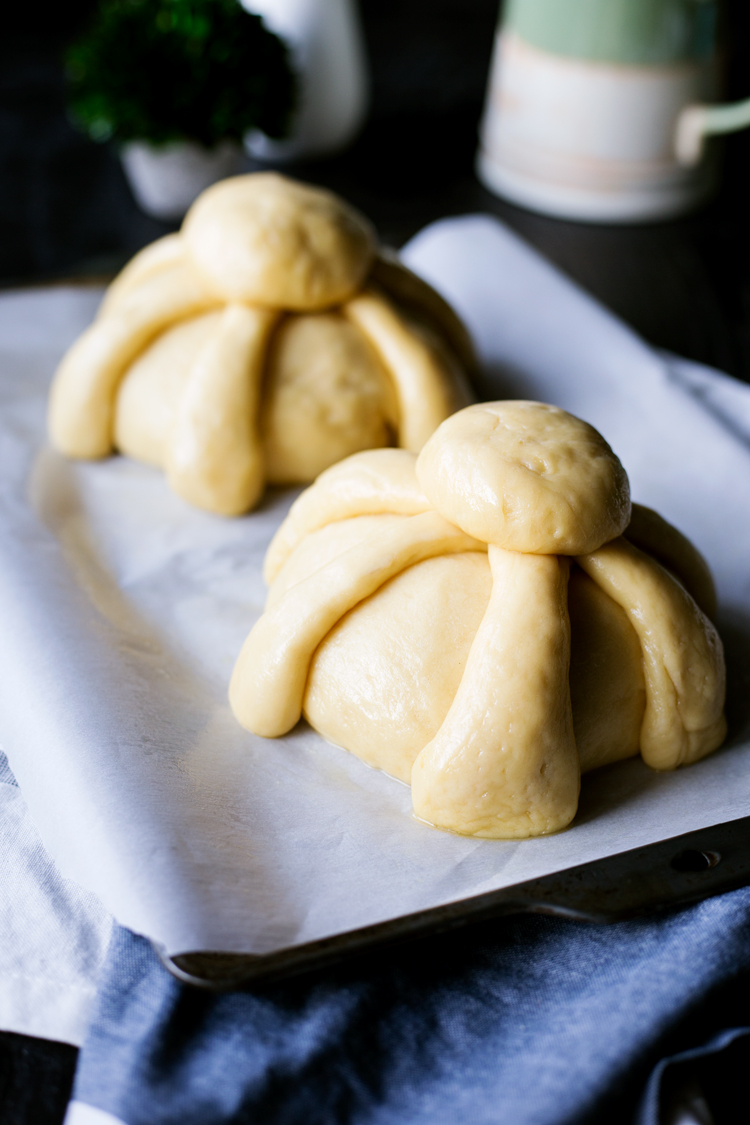 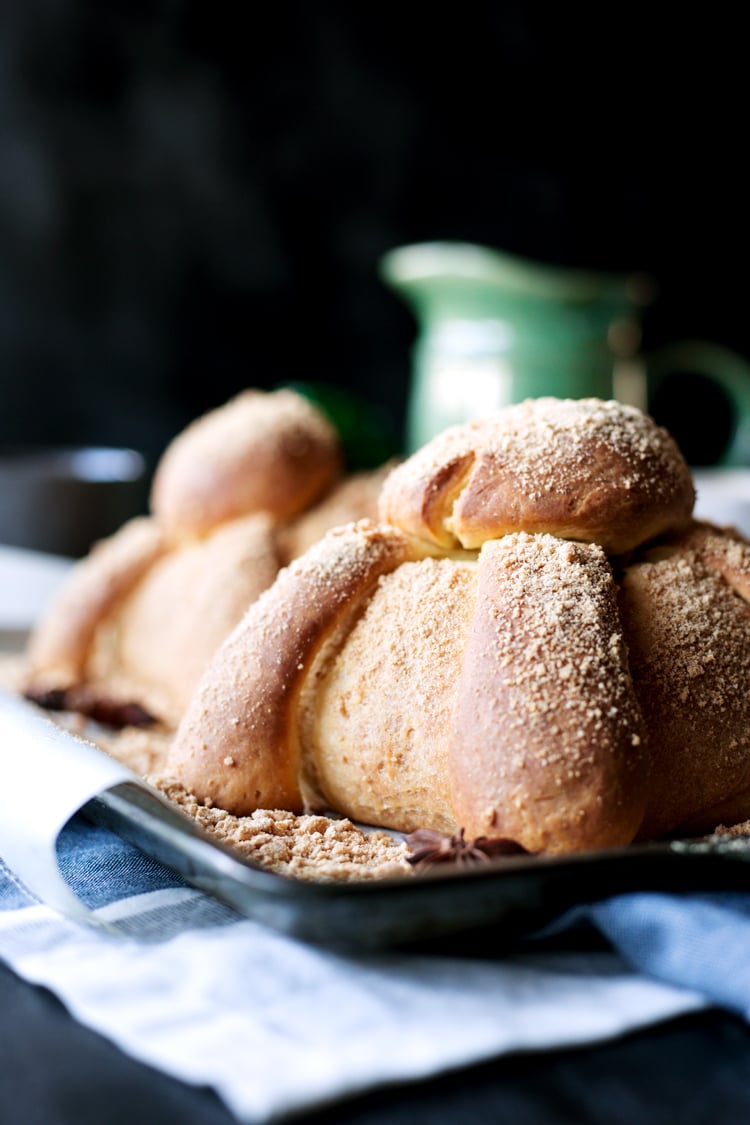 The predominant flavors are orange and anise, which lends a subtle sweet and spiciness to the loaf. It’s a dense bread with a crusty exterior, and is meant to be served with a cup of Mexican hot chocolate.

I’m getting you hungry already huh?

I created this Pan de Muerto (Bread of the Dead) with a little twist for you! Instead of using orange blossom water and crushed anise seeds, I used orange and anise extracts. But in addition to that, I substituted a bit of the flour for some crushed Cinnamon Toast Crunch.

I even used Cinnamon Toast Crunch as the finisher instead of plain sugar! 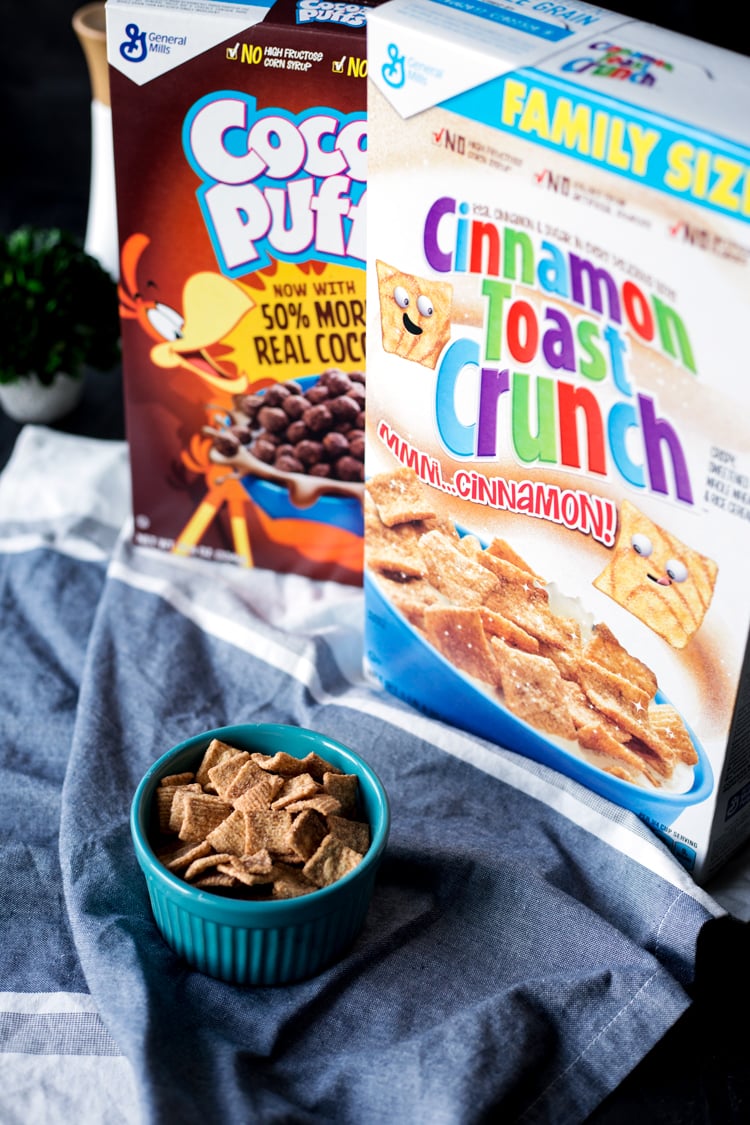 I really like the light cinnamon flavor it added to the bread. So yum.

Since we’re all about Cereal con Cariño in this house, it makes sense to include it in fun and inventive ways, especially leading up to the biggest celebration of life. Live life to the fullest! 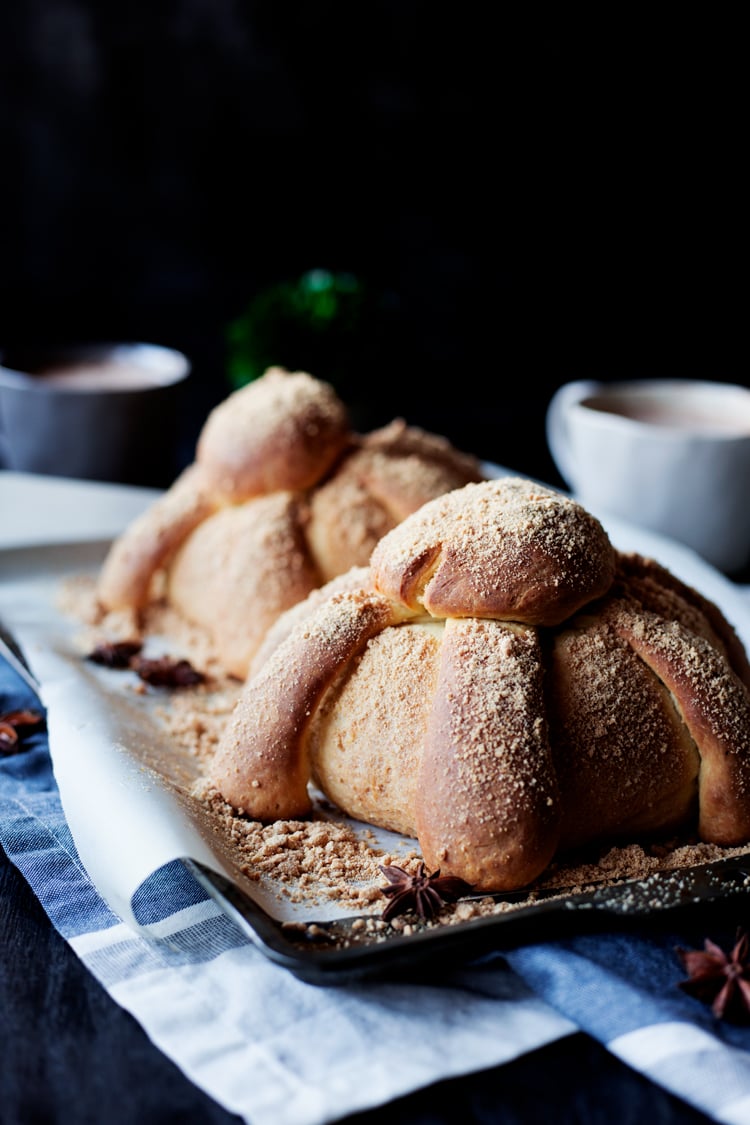 Also! If you happen to be in the Los Angeles area, General Mill is throwing a Dia de Los Muertos event! On 10/29 from 12-8pm enjoy a celebration for the whole family, so check out the deets and visit Cereal con Cariño. 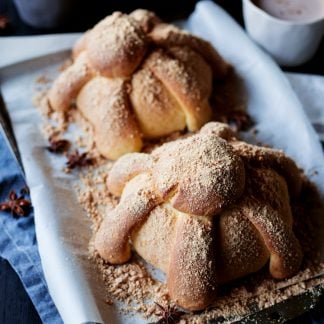