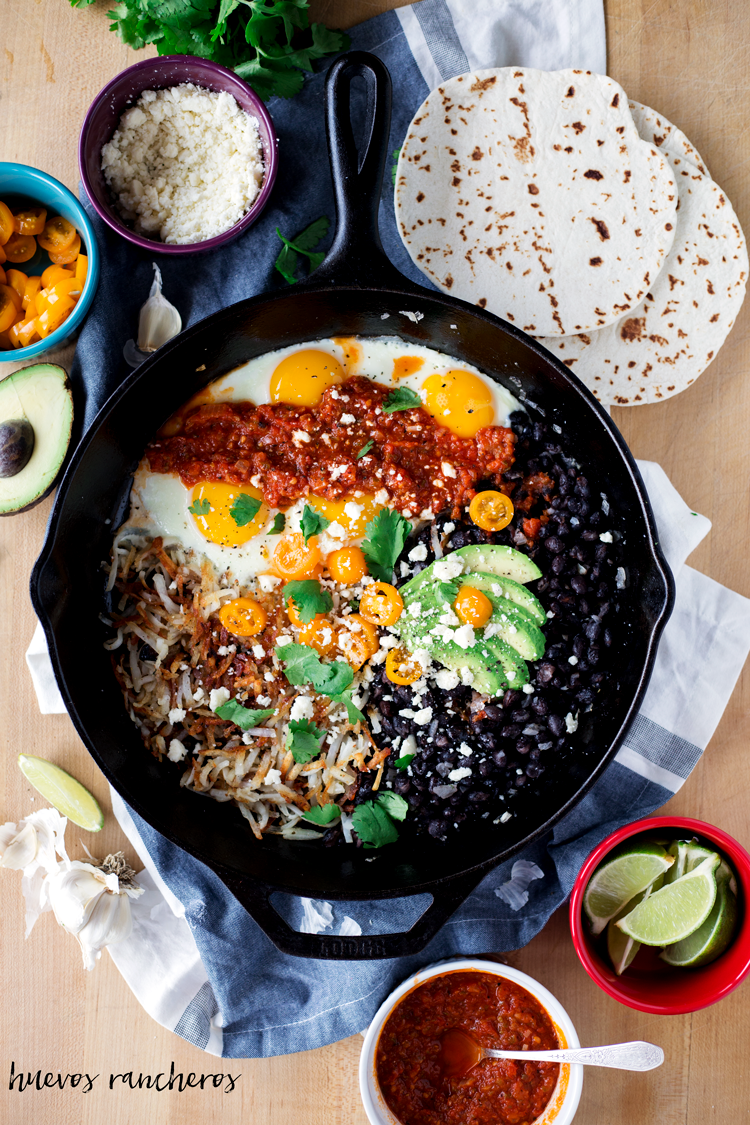 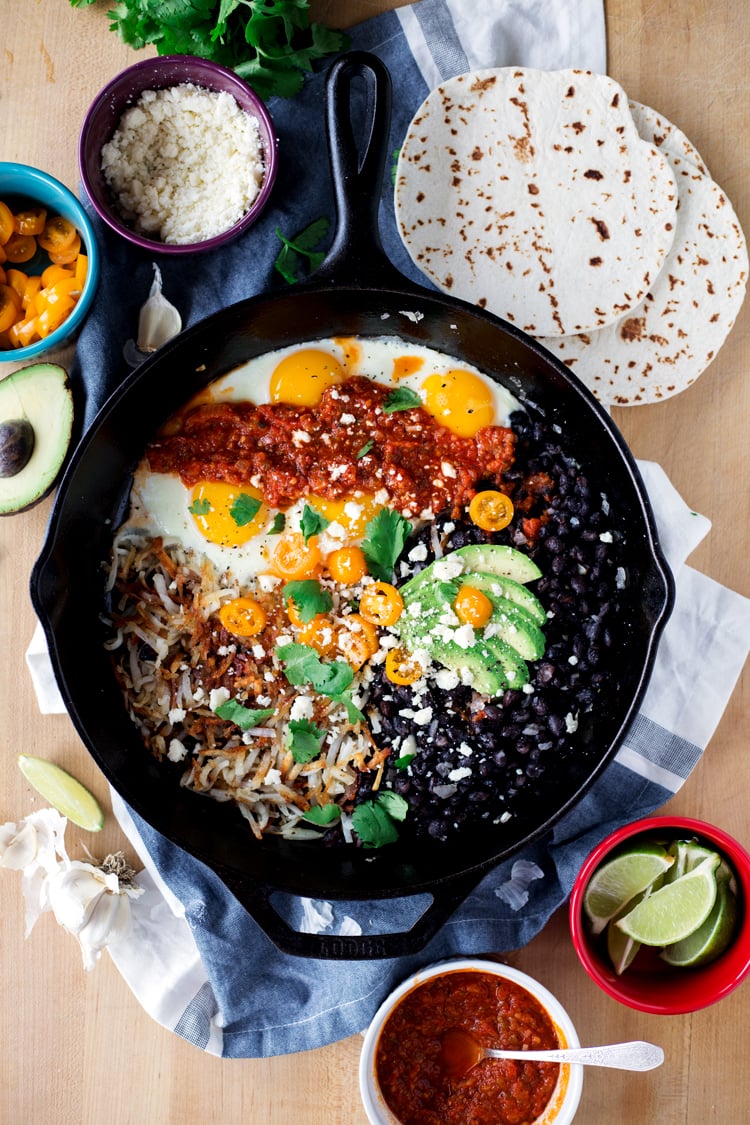 I’m sitting here, trying to form words, and it’s difficult because it’s snowing outside. How does one get work done when it’s so damn pretty to watch snowflakes gently falling from the sky?!

And also, because I am listening to new music that sounds like 80’s music and I cannot reconcile how much I love it and hate it at the same time. 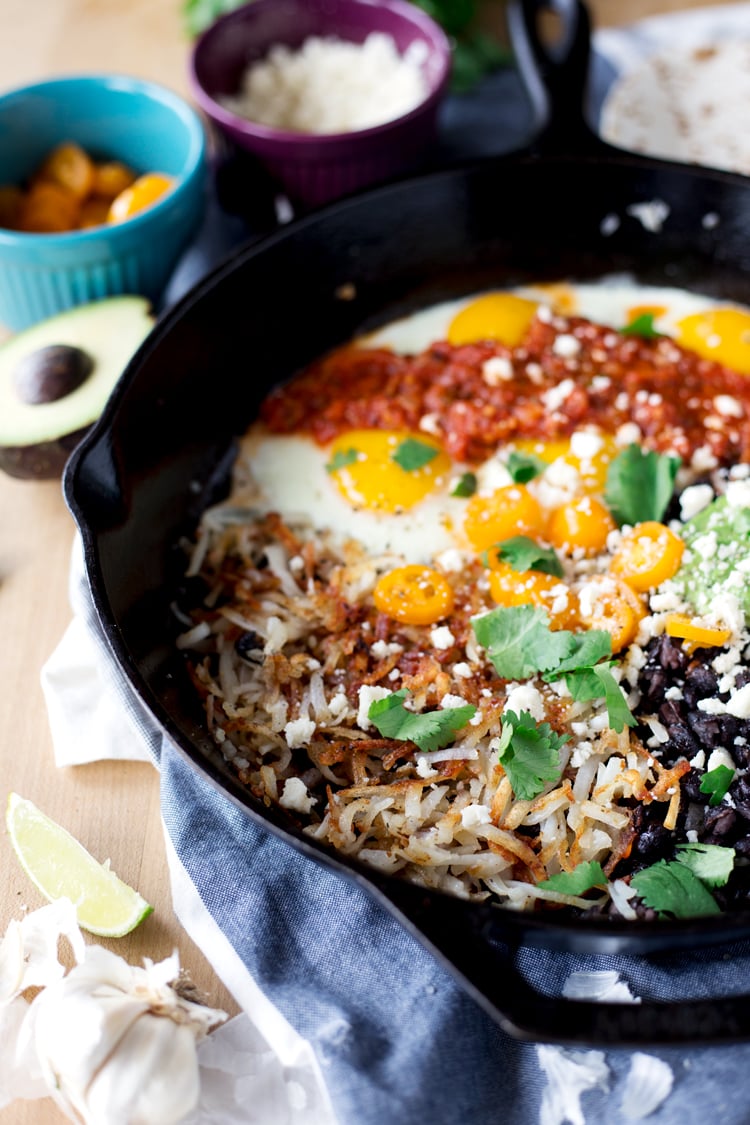 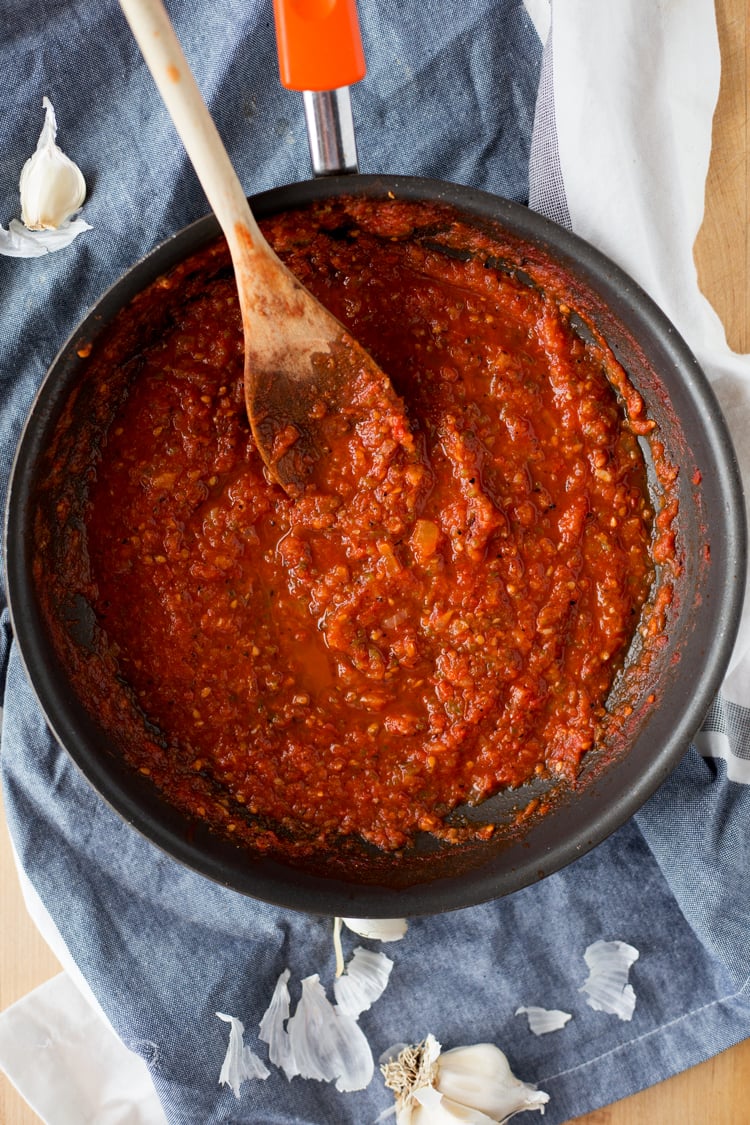 I have to take a moment to crush on this ranchero sauce, however. Because it is literally amazing.

For some odd reason, for many many years, I was under the impression that ranchero sauce was like a combination of ranch dressing and white gravy. I was like hell no, yo.
BOY WAS I MISTAKEN.

It’s actually an awful lot like hot salsa, but simpler. You roast up some tomatoes and serrano peppers, then toss them in a blender (or in my case, the food processor, cause RIP blender) with some garlic, then cook it all down with some onion and voila! Ranchero sauce all up in the hizzie. 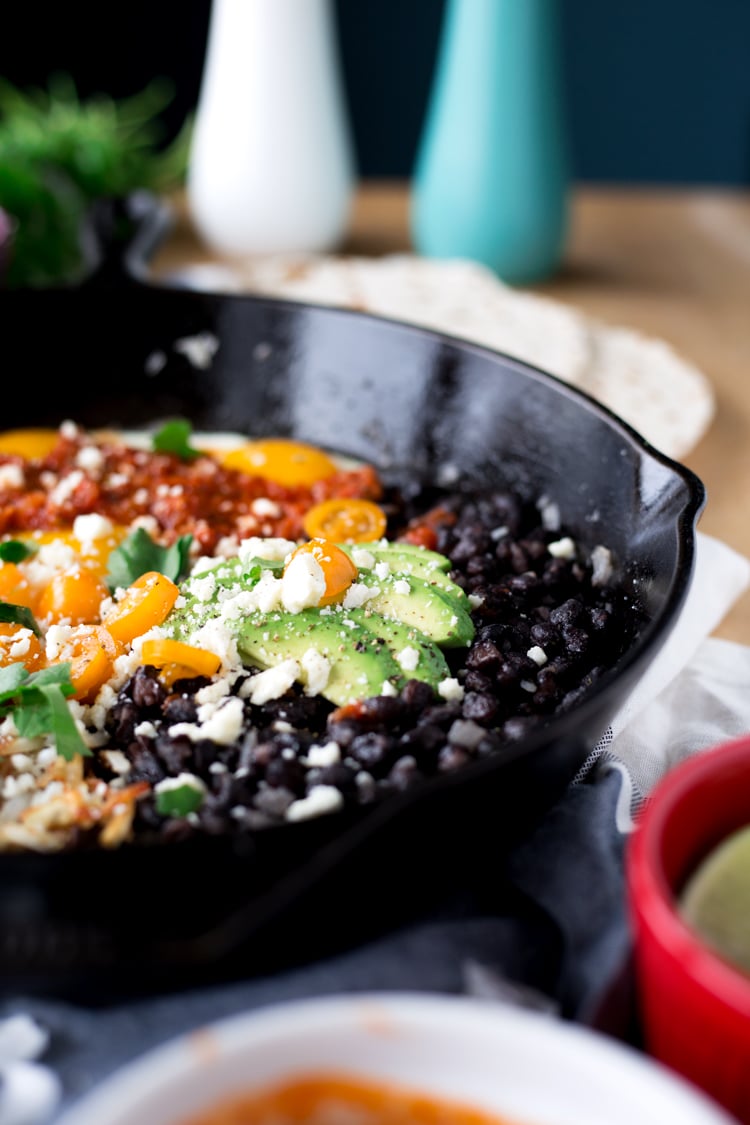 Traditionally, you would make huevos rancheros with cubed hashbrowns, but I really wanted to make this a quick meal, and cubed hashbrowns take FOREVER to cook. So! I opted with shredded hashbrowns instead. Still delicious in their crispy gloriousness.

I added a hearty layer of canola oil to the pan and added some onion and garlic, followed by the hashbrowns on one side and the black beans on the other, letting them fry for several minutes before I slid them over and added the eggs. I opted out of adding something like ham or barbacoa, because there is plenty of protein going on already, and my pan is only so big.

In fact, I think my Lodge skillet is a 12 incher. I have big pans, cause I have a big fam. But really, this meal would be suitable for two adults or four children, so either way, it’s for sharing. 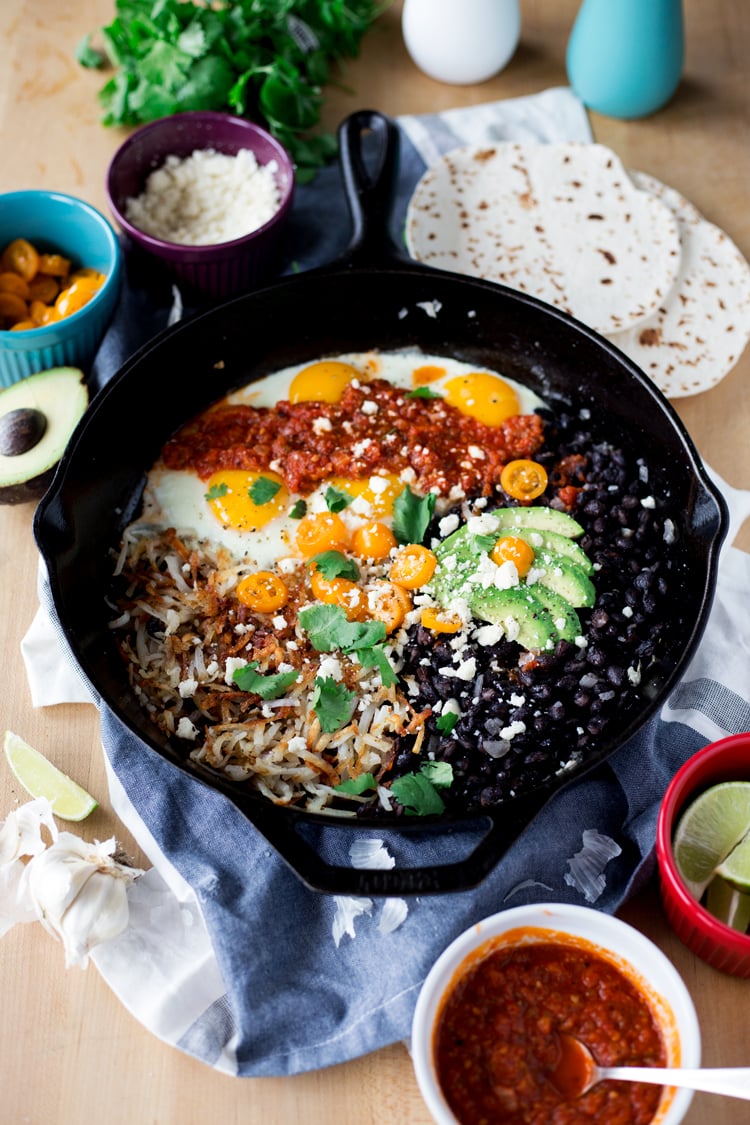 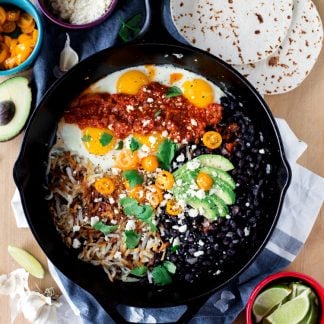 Roasting tomatoes and peppers is very easy! Just place both on a dry skillet over medium high heat and allow to sit until tender and charred in spots, turning occasionally.
MADE THIS RECIPE?Click here to leave a comment + star rating! ★★★★★