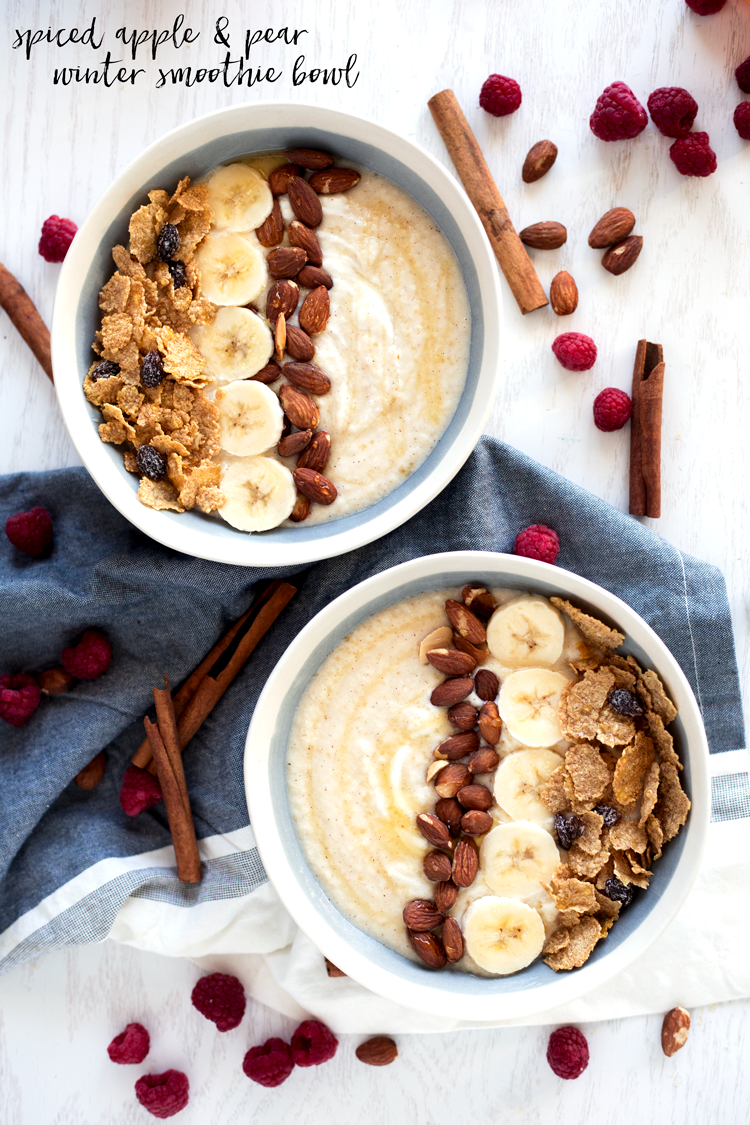 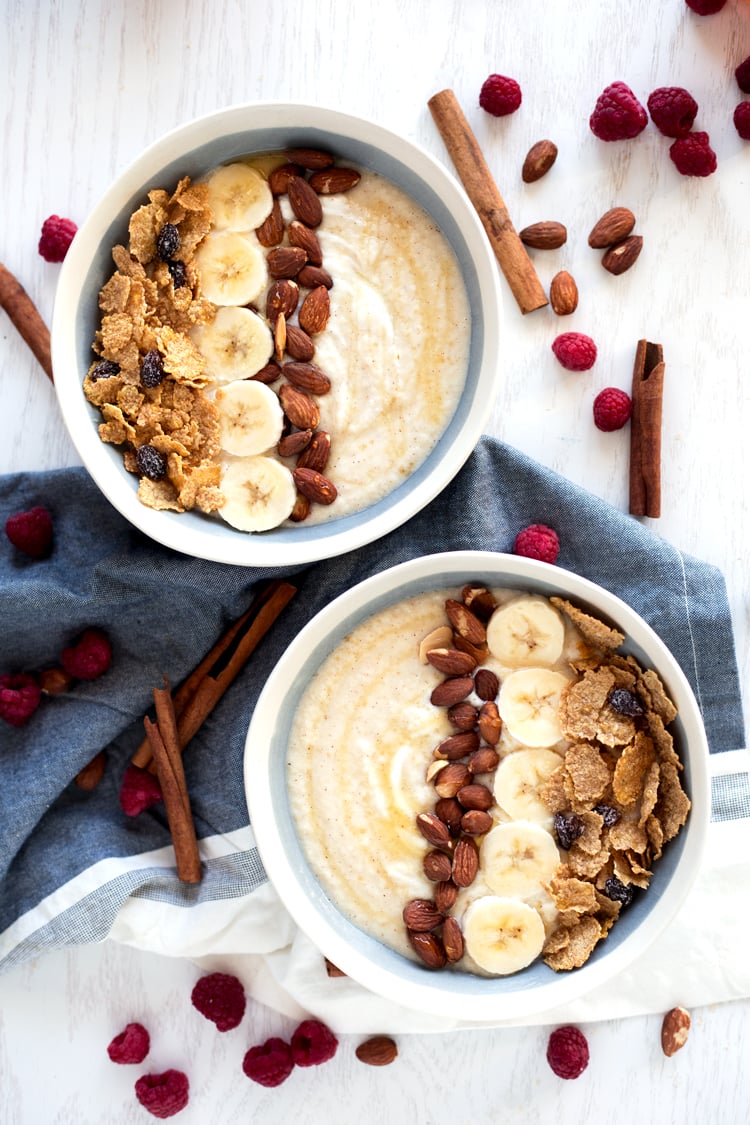 Happy New Year! If you’re anything like the millions of people around here, you’re probably thinking about those New Year’s Resolutions, like getting back into shape. So why not start out with something that actually tastes amazing, like this spiced apple and pear winter smoothie bowl?!

No cardboard meals in this house, oh no. 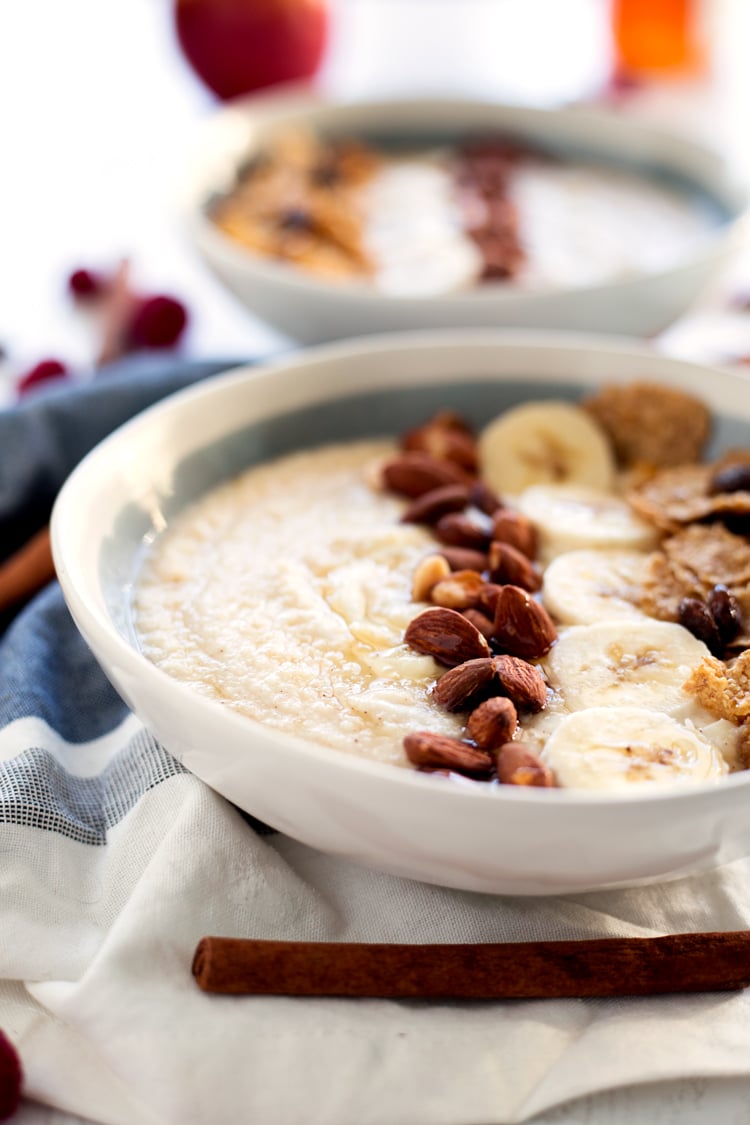 I know, it looks super decadent, right? But I promise, it’s actually really full of great things, like apples and pears.

To make this more like a smoothie bowl and less like a pile of applesauce, I added a heaping cup of vanilla greek yogurt to give a thick, creamy, and smoother finish. 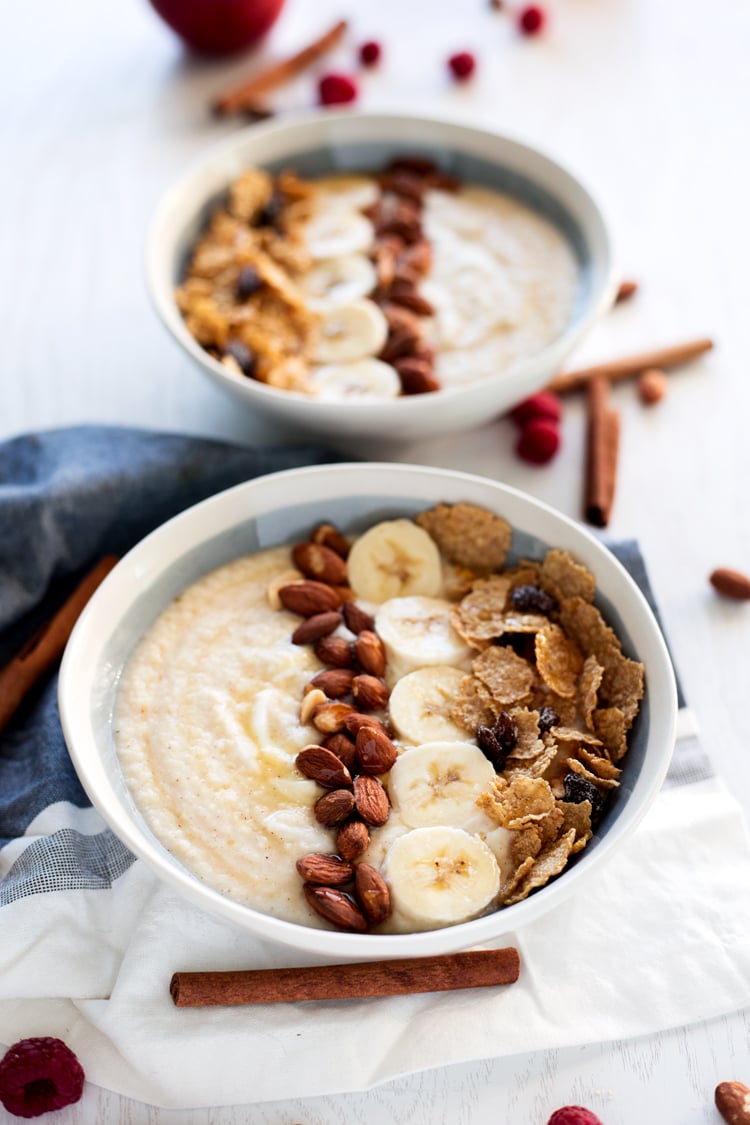 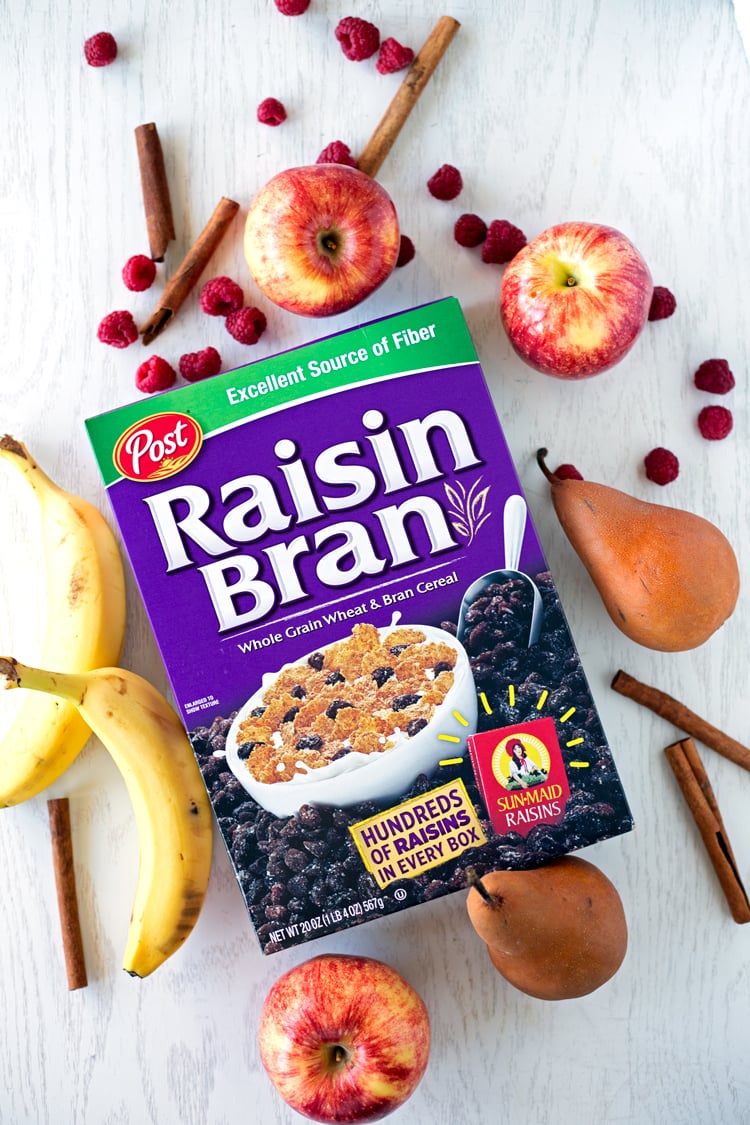 I also topped it with nomilicious roasted almonds and Post® Raisin Bran for some amazing crunchy texture. Who says you can’t include some cereal in your breakfast health goals?

In this endeavor, however, I discovered that my blender bit the big one. It’s so sad. RIP blender. My food processor barely survived, either. I dunno what on earth happened to them during packing and moving, you know, way back in August, but clearly they felt neglected and decided to hate on me.

Sorry blender, for spending those months using Dad’s super old blender from like 1985 or some such nonsense. Maybe I’ll run over to his house and ask if I can keep it. 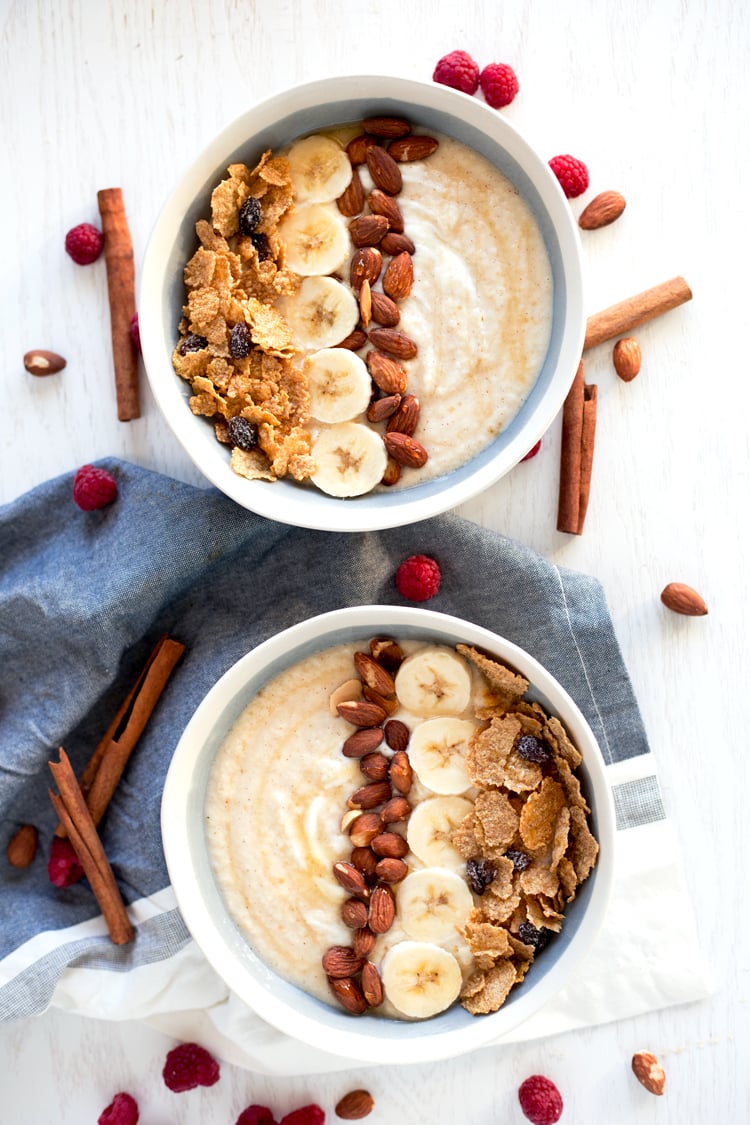 So, uh, anyone have a blender recommendation for me? And maybe a food processor too? I dunno how much longer mine will last with the weird warping and burning the blade did around the middle of the bowl. SO WEIRD.

No, seriously, it’s bizarro world here; I’m pretty sure the house is possessed at this point after it spent nearly 15 years in hibernation with Dad as the tenant and suddenly finding itself jolted awake with the presence of my six person animal house.

Last Monday, I heard this awful noise, like an epic waterfall, and I was certain something, somewhere in the house, was flooding. I was freaking out because I could not find water anywhere, but the noise would not stop. Turns out it was the outside faucet, suddenly back to life, even though the internal shutoff was active. It was so random. We opened it back up and the water continued to run, and then we turned back off, to the original position it was in, and the water stopped. POSSESSED.

But whatever, at least it’s my house now. No more slum lords for this girl. Holla atcha, 2017. Word. 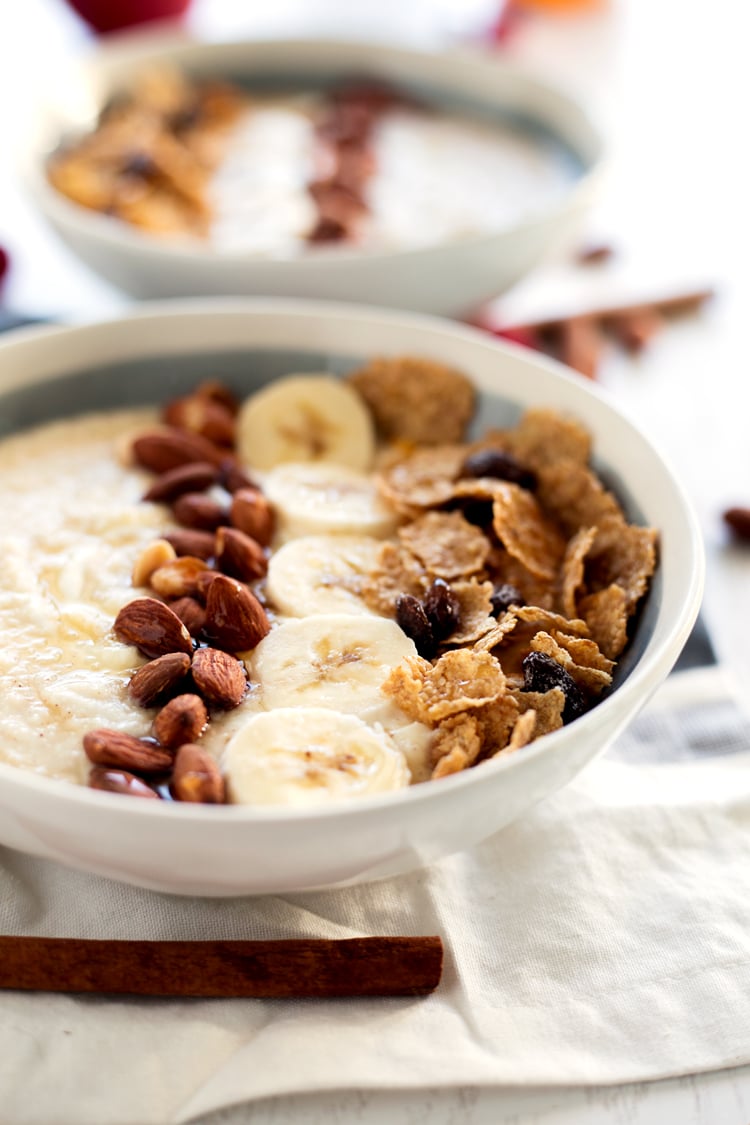 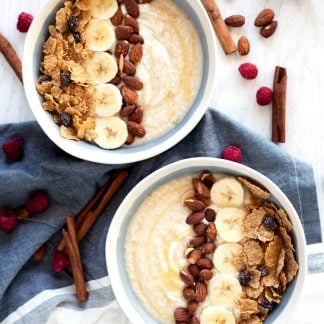 These smoothie bowls are fairly thick, so if you prefer a thinner base, slowly add some liquid, like vanilla almond milk, one tablespoon at a time, until desired consistency is reached.
MADE THIS RECIPE?Click here to leave a comment + star rating! ★★★★★