This shop has been compensated by Collective Bias, Inc. and its advertiser. All opinions are mine alone. #WhenImHungry #CollectiveBias 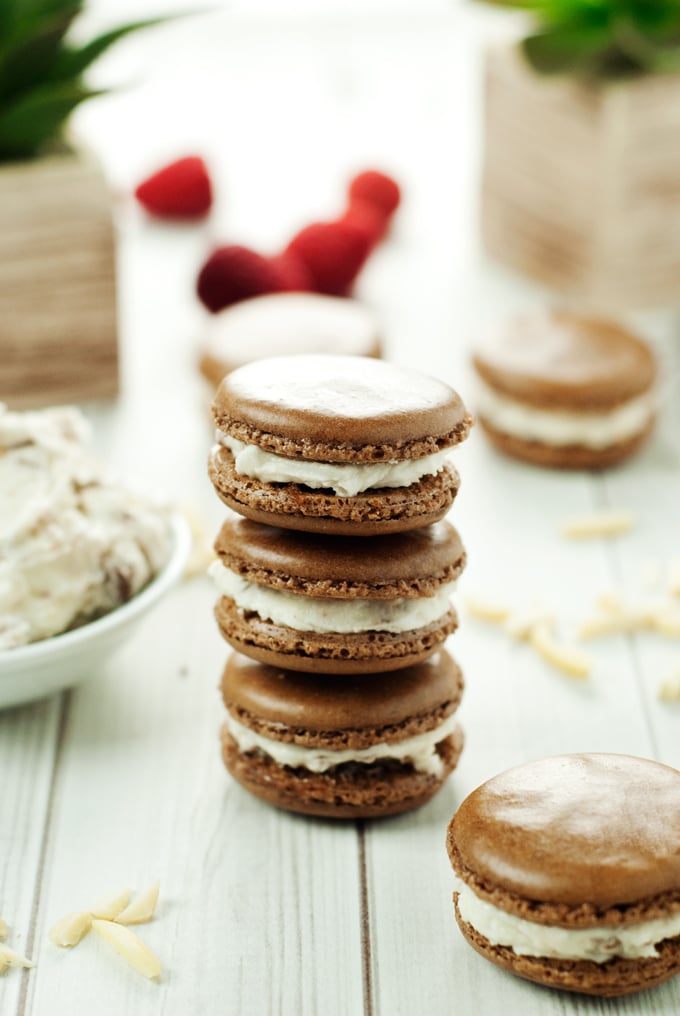 Sometimes life gets so crazy that I forget to eat, until many hours later I get that telltale grumbling in my stomach, and my family is looking at me like I’ve lost my mind because I can’t seem to finish a sentence, or I forget simple words like “wall,” or “beef.” I stutter as I try to speak and fail miserably, to the point that I just sit down and scowl, because whatever, I’m just done. When I’m hungry, I turn to these amazing SNICKERS® Macarons, which cure what ails me with the quickness. 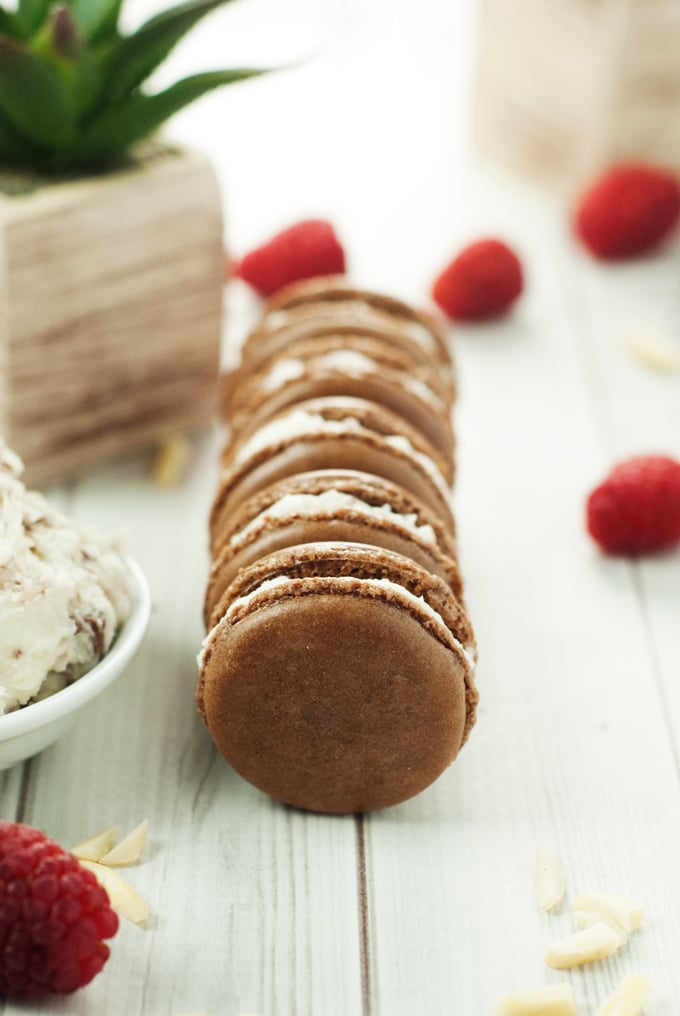 You may remember my lime macarons from last year, which were a fun citrus treat, but these SNICKERS macarons are richer with a deep chocolaty flavor and tons of SNICKERS Almond chopped up into the buttercream for the filling. I tried a few with the new SNICKERS Peanut Butter Squares, but I really liked the almond on almond theme (since macarons are made with ground almonds!), so it was just a perfect fit for me, and for my hangry belly. 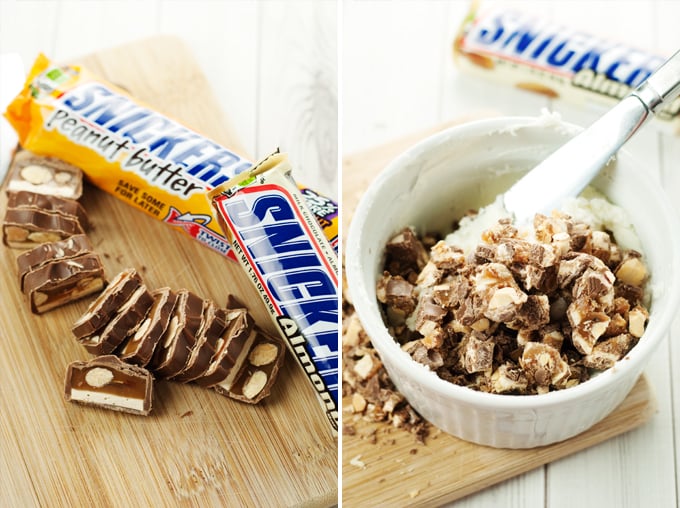 The recipe is very similar to the lime macarons, but with a little less powdered sugar to compensate for the addition of a little bit of cocoa powder. Still as temperamental as ever, whatever changes you may have made to the original recipe to work with your oven, keep them the same for this recipe as well, since it is based off the original. 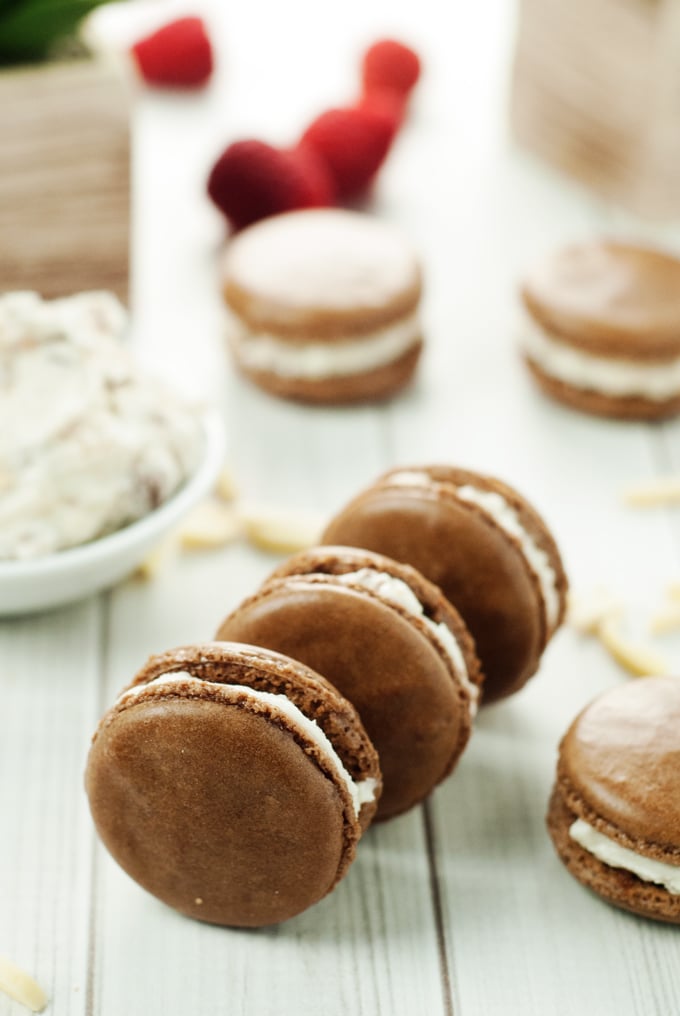 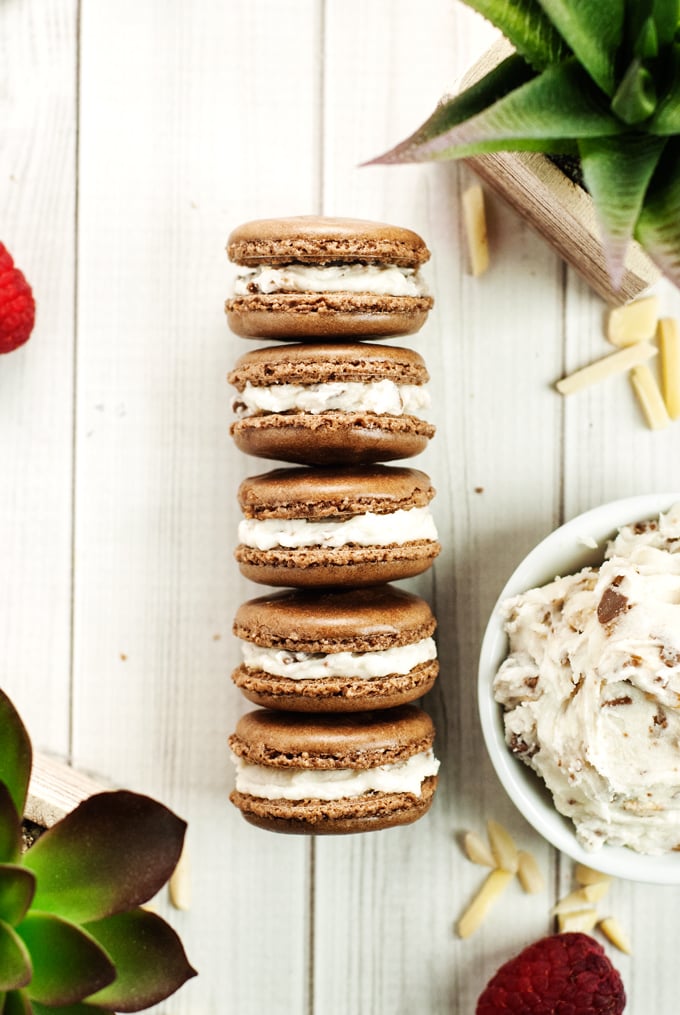 Ready to beat some hunger with some nomilicious SNICKERS Macarons? 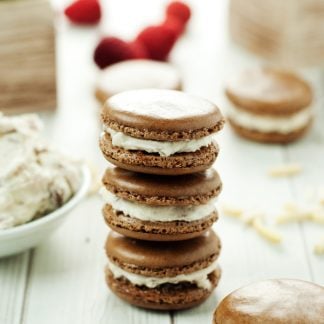 Enter the SNICKERS® “Who are you when you’re hungry?” contest by uploading a personal photo or video from your Computer, Facebook, Instagram or use the SNICKERS® Meme Generator to create something new! Voting begins at Noon on 5/11/15 and ends at 11:59:59AM ET on 7/15/15.