This shop has been compensated by Collective Bias, Inc. and its advertiser. All opinions are mine alone. #SpreadTheMagic #CollectiveBias

Clearly, I love cinnamon roll cakes. Take for instance, my Spiced Apple Cinnamon Roll Cake, or my Pecan Caramel Sweet Roll Cake. They are so much fun to put together, like a giant pinwheel, and when you cut into it to serve, the layers separate like those flaky biscuits you love. So awesome. And seriously, this Peanut Butter Cinnamon Roll Cake might just be the best out of all my cinnamon roll cakes, because I’ve got heart-eyes for this baby here, it is SO DELISH. 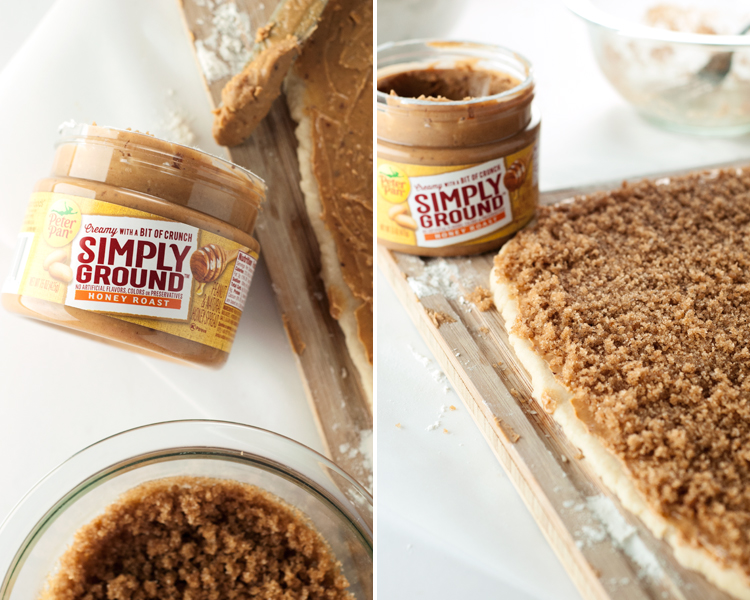 And with traditional cinnamon rolls being all soft and gooey, it was really fun to bite into my slice and get a nice little crunch after crunch after crunch, with that delicious flavor and texture shining among the sugar and spices. I melted some of the peanut butter into my chocolate sauce as well, which was super fun and yummy too!

And in case you couldn’t tell from above, Vivienne totally failed me in the double-pour photo task. Le sigh. Oh well, I mean, she’s only four, so I can’t be too hard on her. I guess. Whatever. She and Charli were determined to drive me insane while simultaneously attempting to destroy this peanut butter cinnamon roll cake before completion.

These kids have no chill. 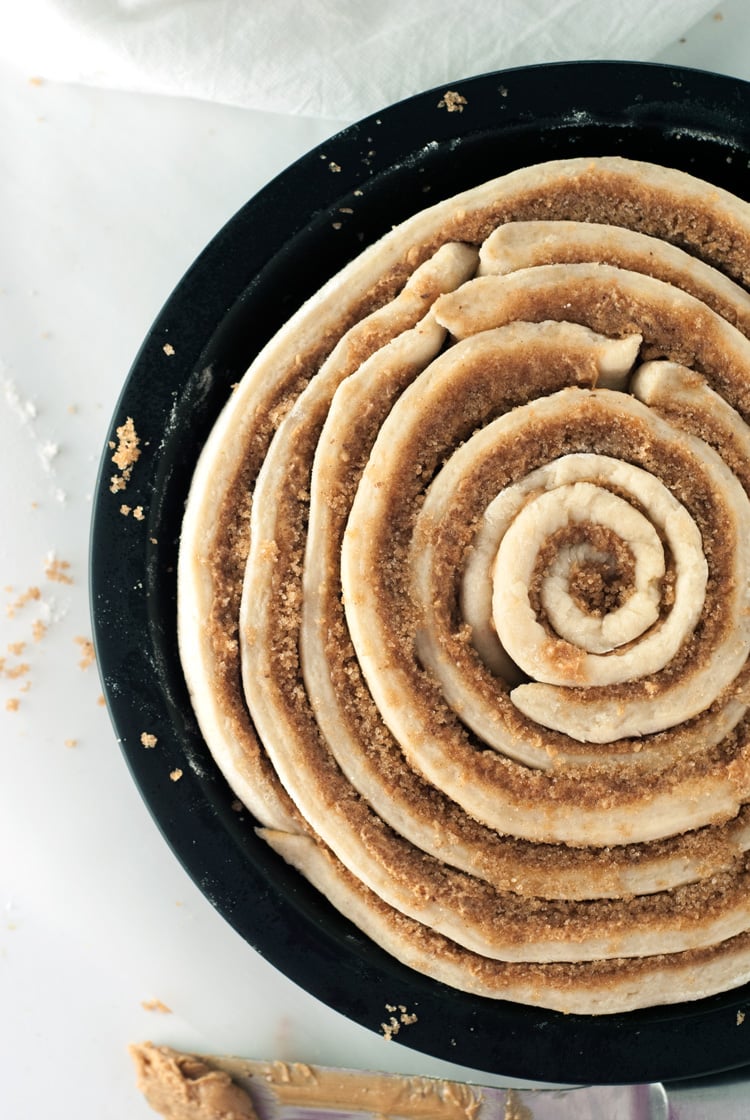 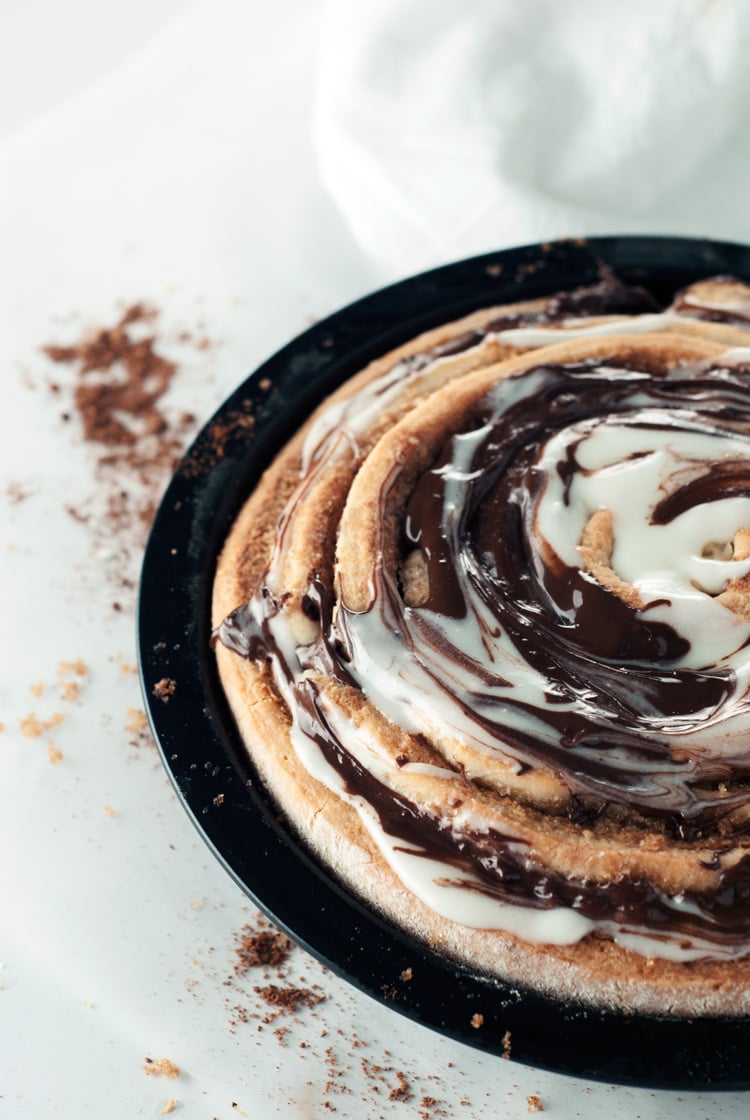 Are you ready to dive into the wonderful world of the most perfect peanut butter ever? Head on over to your local Walmart and grab a jar of the NEW Peter Pan Simply Ground Original and Honey Roast, so you can make this peanut butter cinnamon roll cake today! Grab this coupon for $.50 off ONE (1) Jar from Walmart! 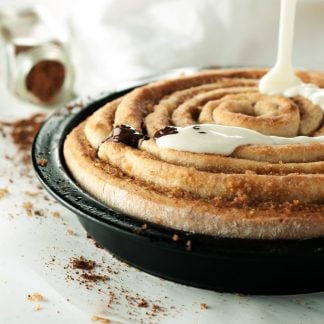 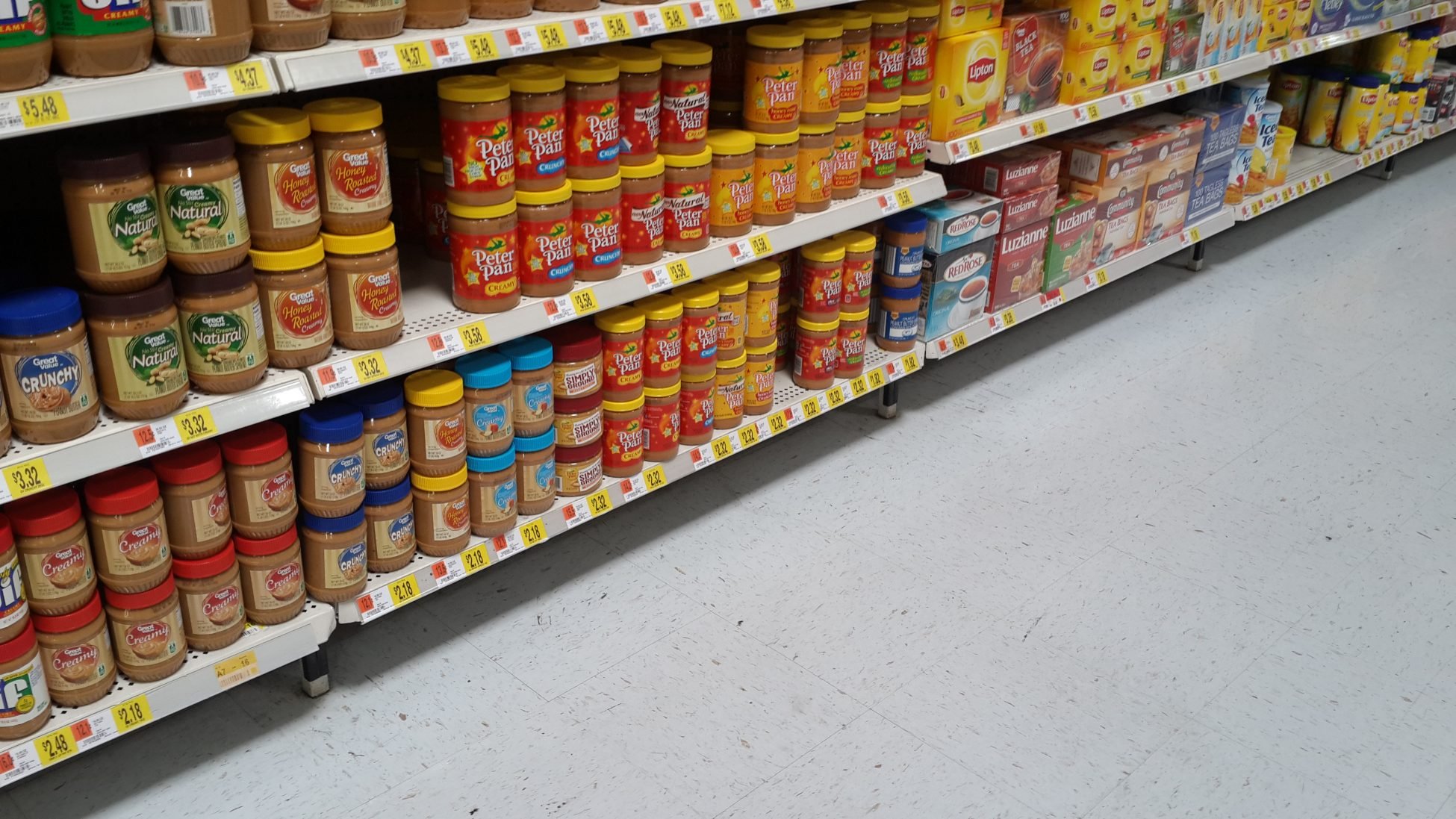