This shop has been compensated by Collective Bias, Inc. and its advertiser. All opinions are mine alone. #BakeInTheFun #CollectiveBias 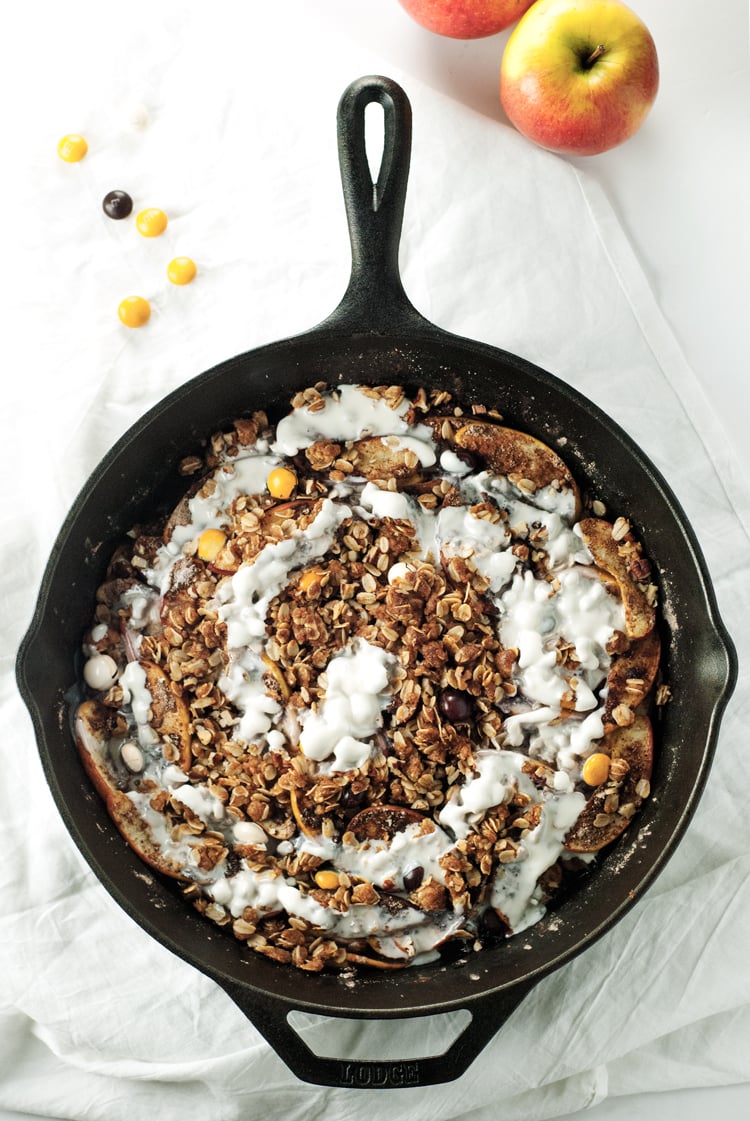 Fall is in the air, my friends! Well, maybe where you are, because it’s still insanely hot here in San Antonio, but that doesn’t mean I can’t pretend it’s fall, and clearly, my kitchen agrees with that sentiment. My counters are already piled high with the first pickings of apple season, and I have fresh spices galore. By the time winter rolls around, I believe I will have made every possible fall-inspired apple dish imaginable. And I am so ready for it. 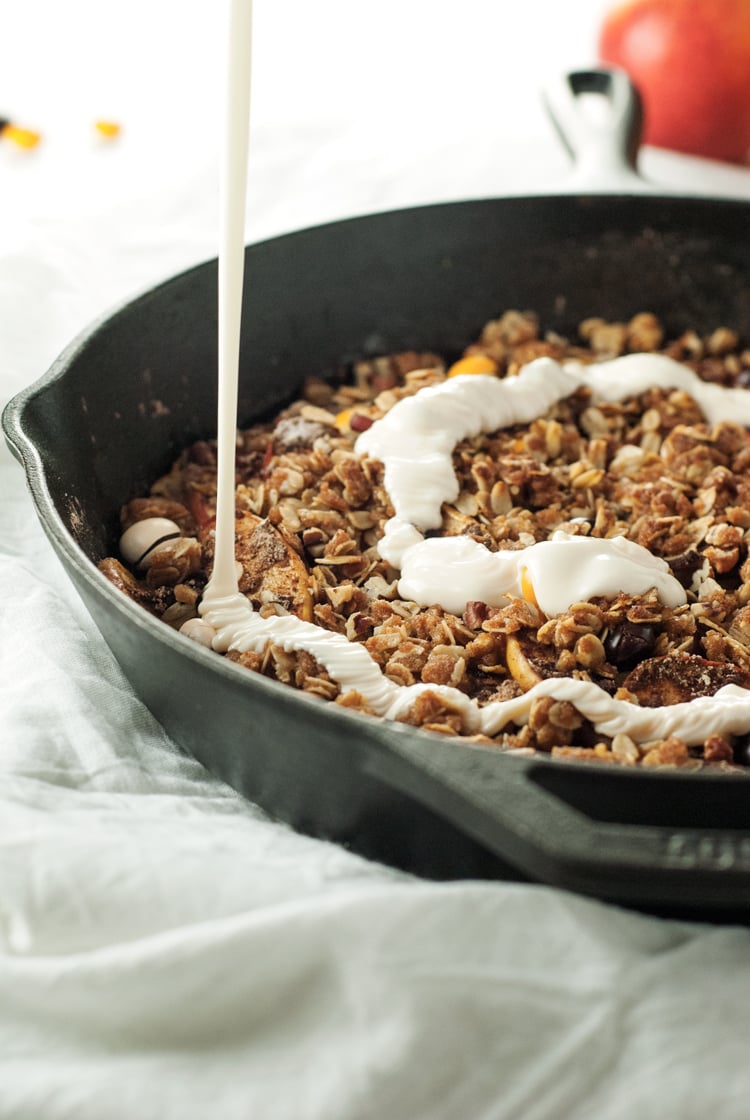 My inaugural dish for the season is this super simple Pecan Skillet Apple Crisp. With less labor and time than a traditional apple crisp, it doesn’t skimp on flavor at all, and still delivers the crispy and soft textures you know and love. I had some fun with this dessert, incorporating M&M’s® Pecan Pie, as well as Pillsbury™ Creamy Supreme® Cream Cheese Icing, in addition to regular pecans for a tasty new twist I think you are going to love! 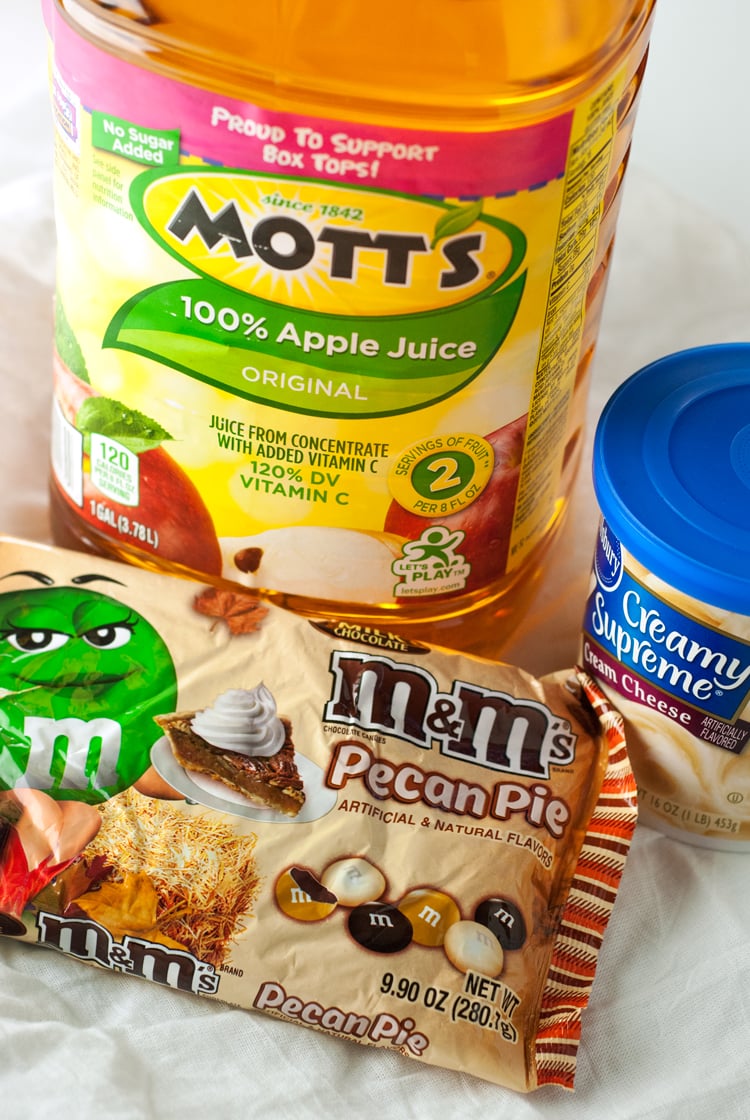 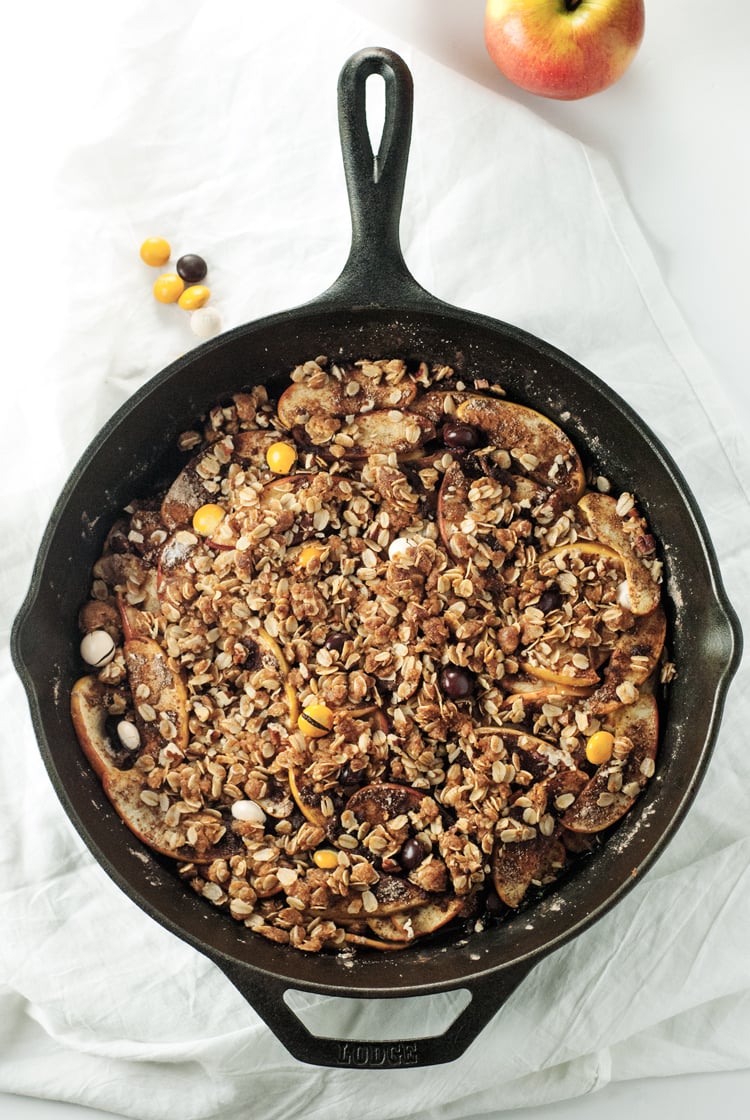 It’s really fast, putting this pecan skillet apple crisp together. The longest part is cutting up the apples, and even then, it only takes a couple of minutes. You want to slice them nice and thin, which I did by using an apple slicer, and then slicing those pieces even smaller. I was done in less than five minutes! Then you just pile it into the skillet, cover it in spices, drench it in Mott’s® Apple Juice, top with the pecan crumble, and M&M’s® Pecan Pie, then pop it in the oven and let it bake.

Try not to drool all over yourself while you wait, because it gets crazy fragrant. Smells like fall. Smells like awesome. 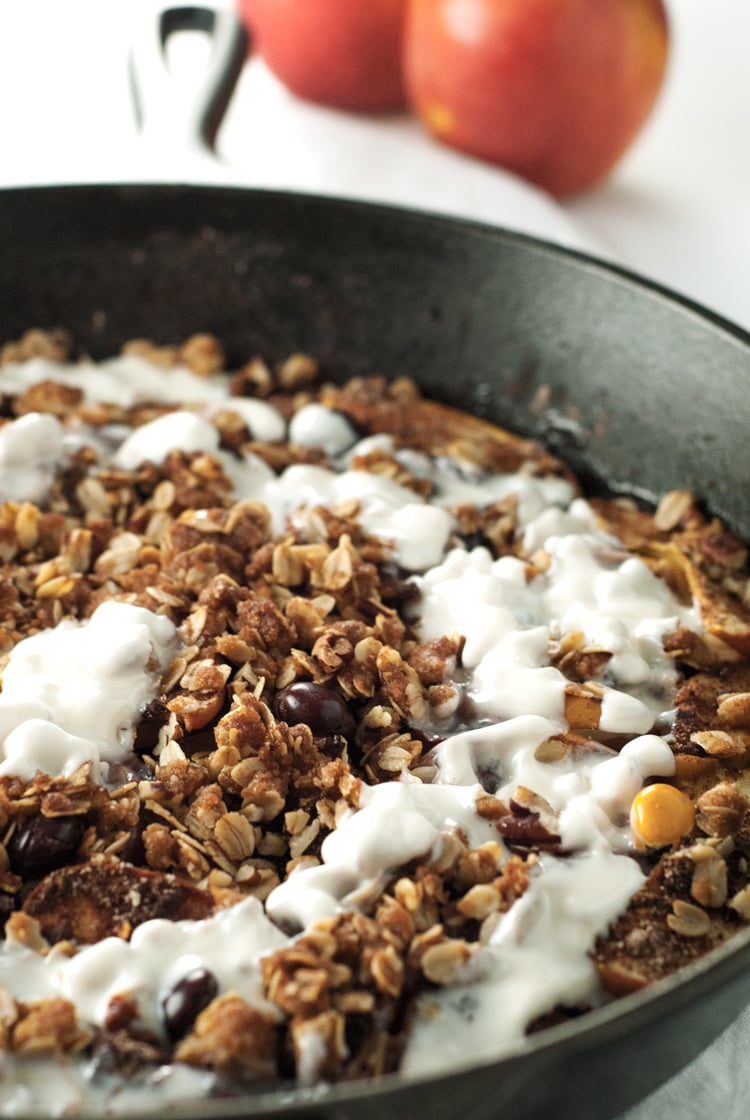 And just like I did with the Chocolate Cookie Dough Bundt Cake, I gently melted the icing so I could drizzle it all over the pecan skillet apple crisp when it was finished.

Grab a coupon for $1.00 off any TWO (2) M&M’s® Chocolate Candies, available at Walmart, then head on over and pick up everything else to make this super easy Pecan Skillet Apple Crisp, as well as some delicious Snapple® Apple singles!

If you need more inspiration, head on over to the social hub and check out some more great recipes! 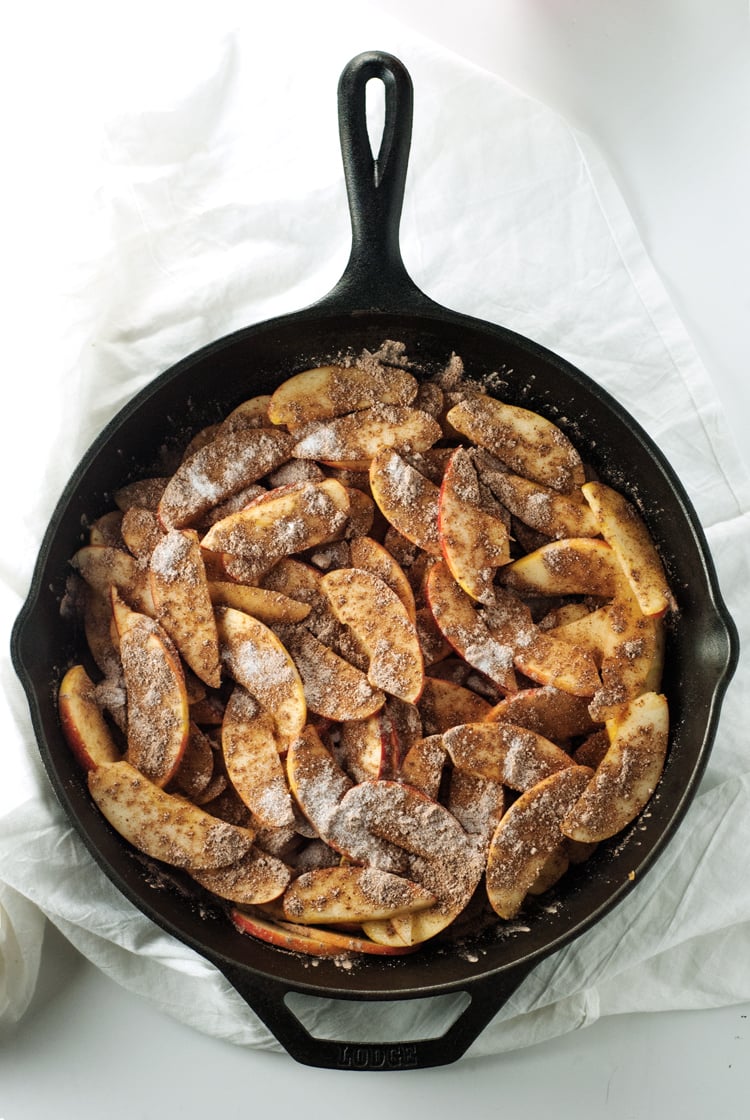 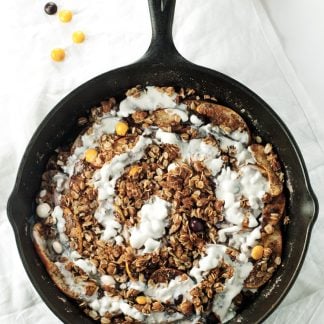 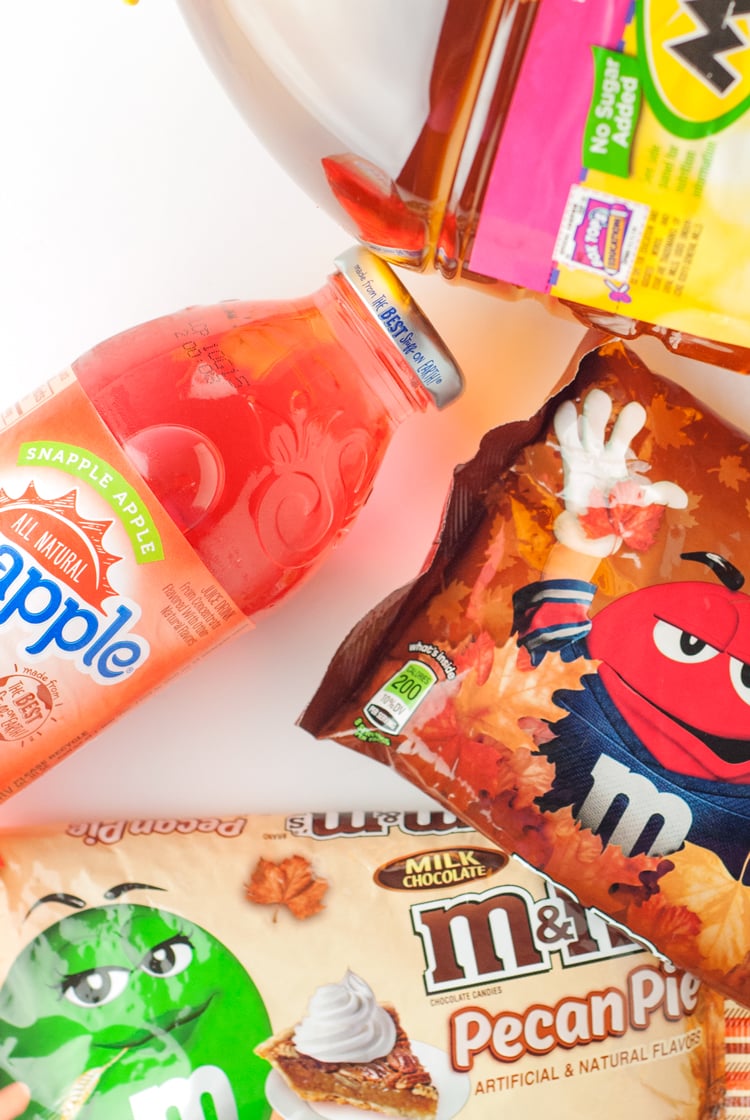