This post is sponsored by Lone Star Eggs through Acorn Influence. All opinions and delicious recipes are my own. 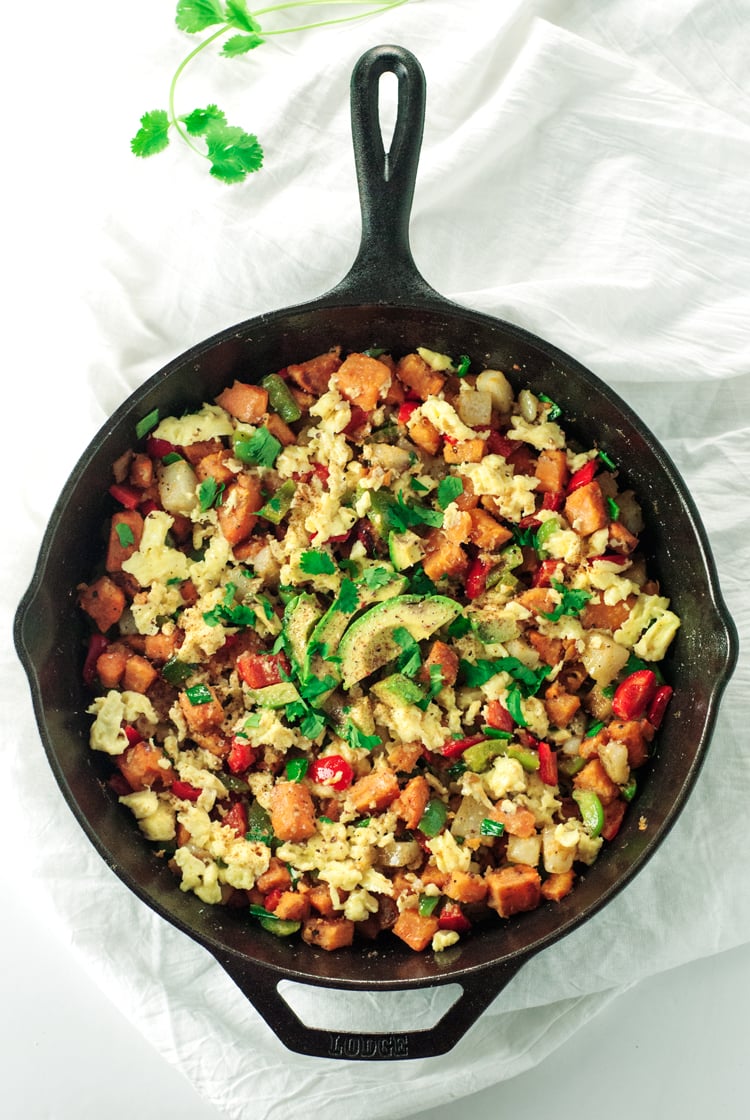 This Southwest Breakfast Hash may be the most popular dish I’ve ever made for breakfast that wasn’t inherently sweet. Cinnamon rolls be damned, we’re getting our eggs and veggies on! 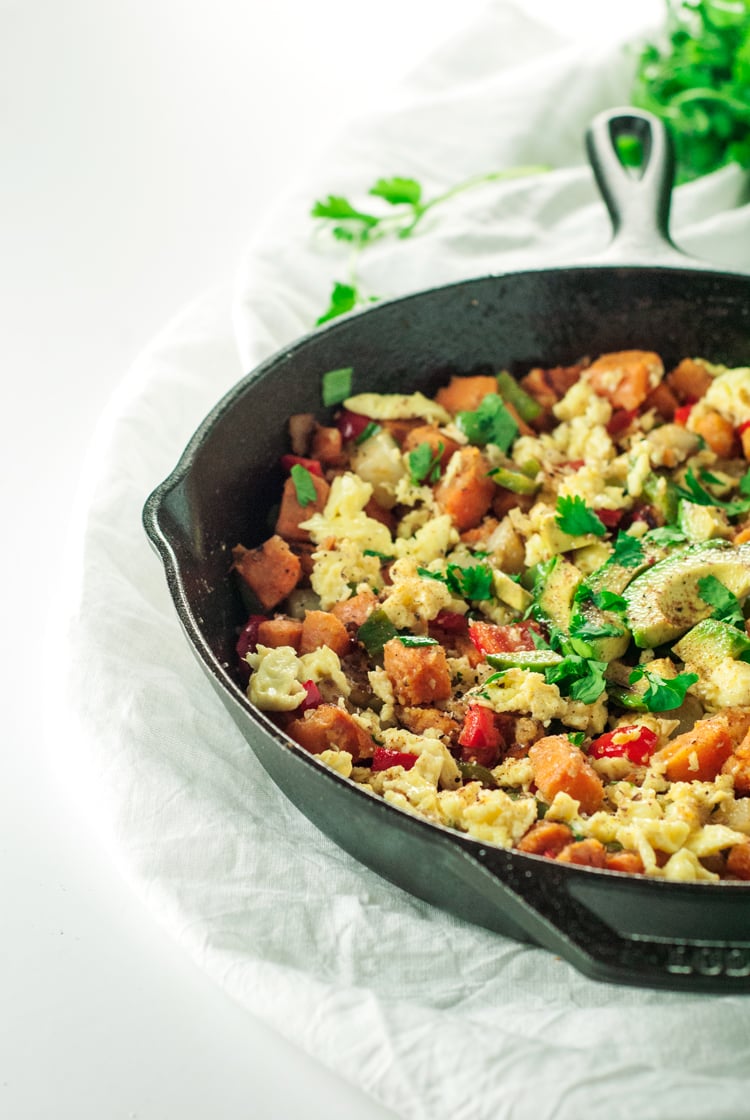 Now, I’m going to be brutally honest and tell you I lied to my kids about this dish. You see, they dislike potatoes (don’t even ask, it’s a travesty, I know), so if I threw in a giant pile of potatoes, like most hashes require, they wouldn’t eat it. So I put in one small potato for moi, then added a big ol’ pile of sweet potatoes instead. Where the lie comes in? I told the kids the sweet potatoes were yams, because if I used the word potato they wouldn’t have eaten it.

They have no idea what a yam is, so I lied again and told them it was similar to a squash, which they like. And omg it worked, they actually ate it! Someday I will tell them the truth, but not before their love for sweet potatoes is burned into their souls. Not risking that, oh no, not ever. 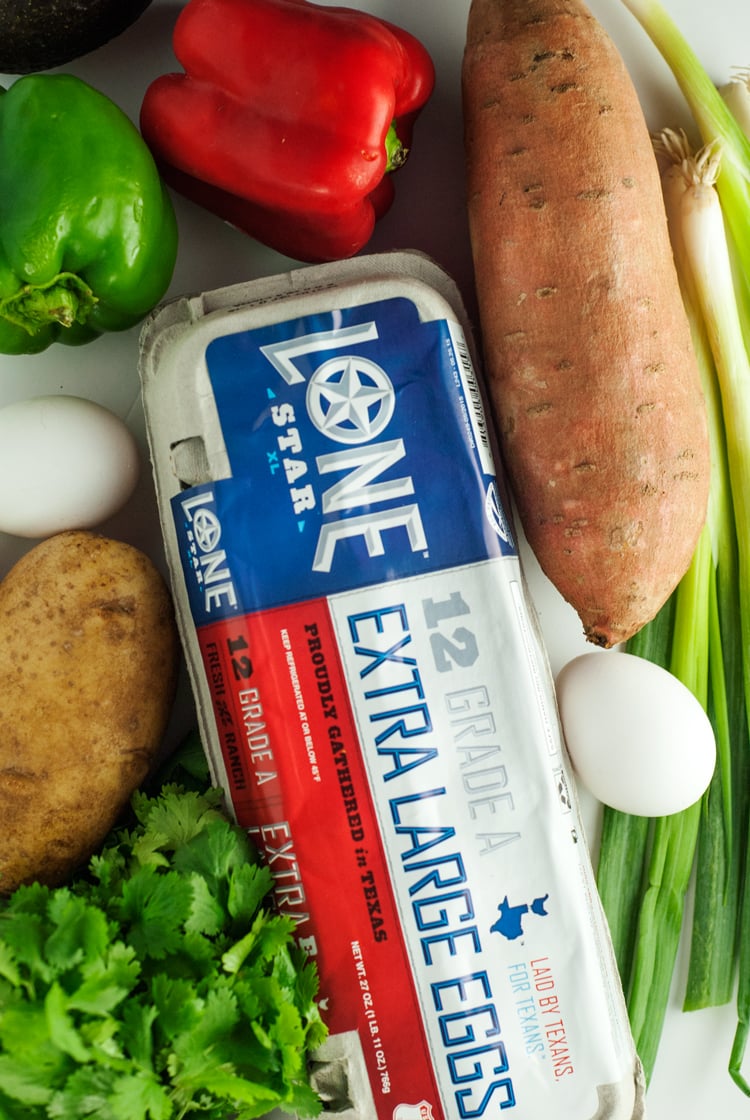 The hero of this dish, however, is these amazing, locally sourced, Lone Star Eggs! Seriously, you guys, these eggs are fantastic. They whipped up and scrambled so light and fluffy and beautifully yellow, I was almost tempted to eat them before I took pictures! Nom nom nom.

If there is one thing I love about Texas (pishaw, like anyone could just have one), it’s how much pride everyone has for the things produced here in our state. Here in San Antonio, we have more local diners than chains, and many of them are busy from open to close, seven days a week. It’s awesome. They bring their personal touch to their dishes, even if they’re all serving the same thing. But what I love most is that they are like one big family, and they source locally because more often than not, it’s family that’s producing the food they use! So awesome!

Buuuuut, since I don’t have my own personal farm, I grab my locally sourced eggs from Lone Star. Totally worth it, especially in this southwestern breakfast hash. 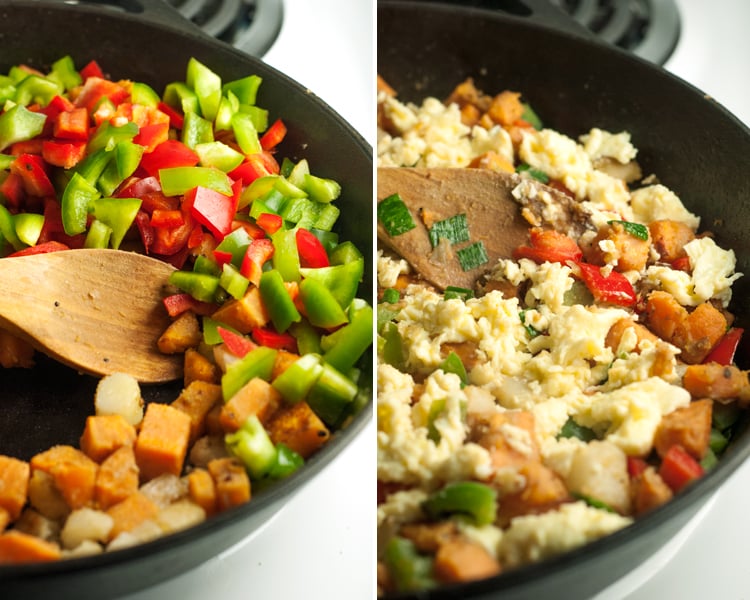 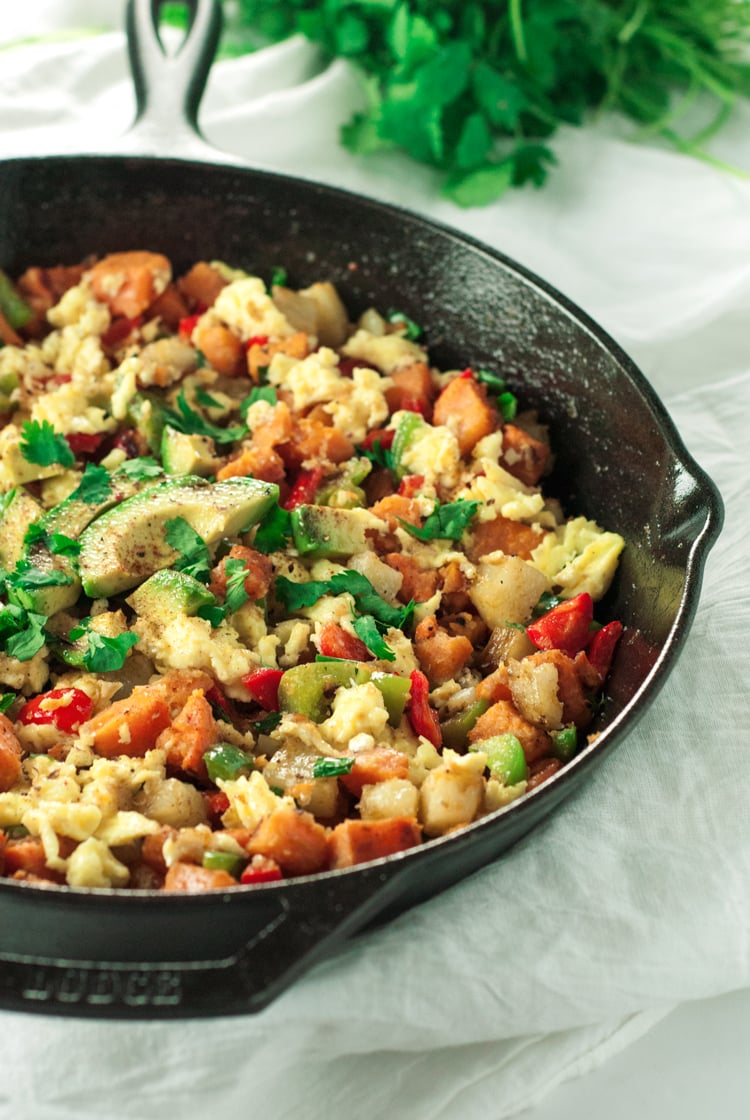 How about we get to improving breakfast with this amazing southwestern breakfast hash? I think yes! 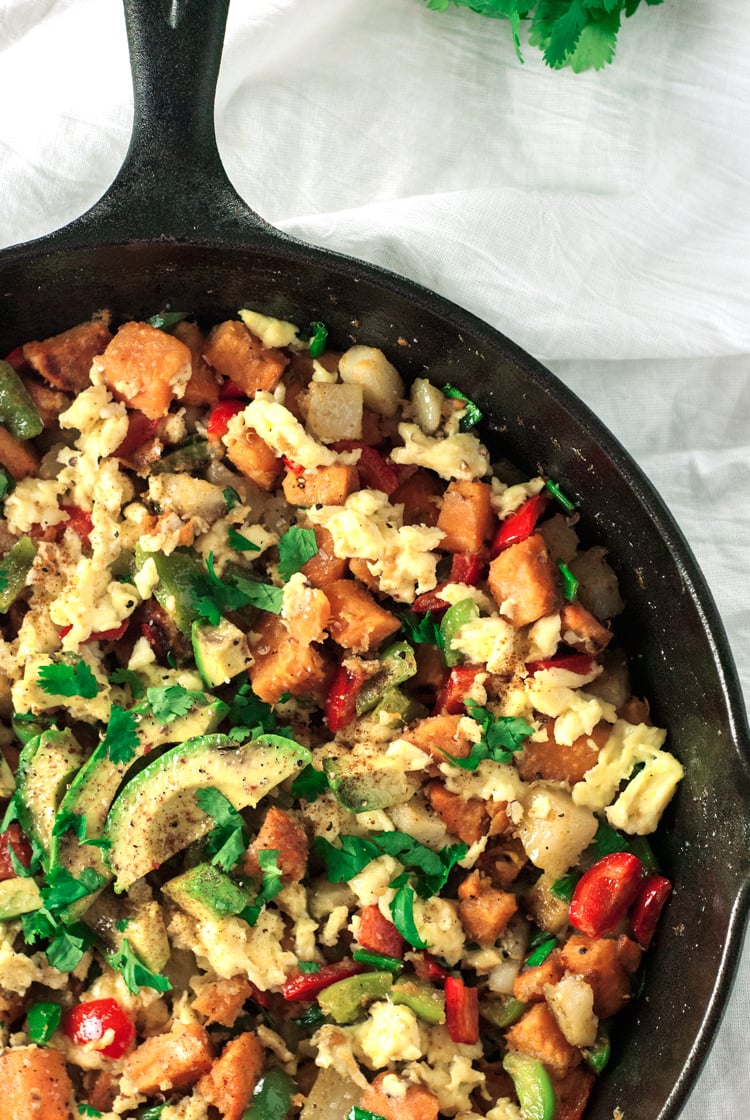 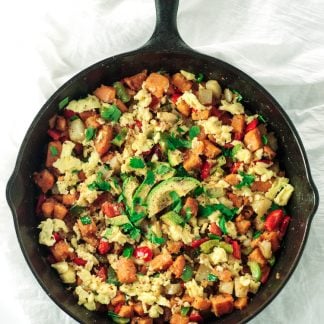 By the way! Lone Star Eggs is giving away a year’s worth of eggs to one lucky winner, as well as one dozen eggs each week to a new winner! Get your egg on, my friends!
« Pecan Skillet Apple Crisp
The Best Damn Easy Skillet Lasagna Recipe »