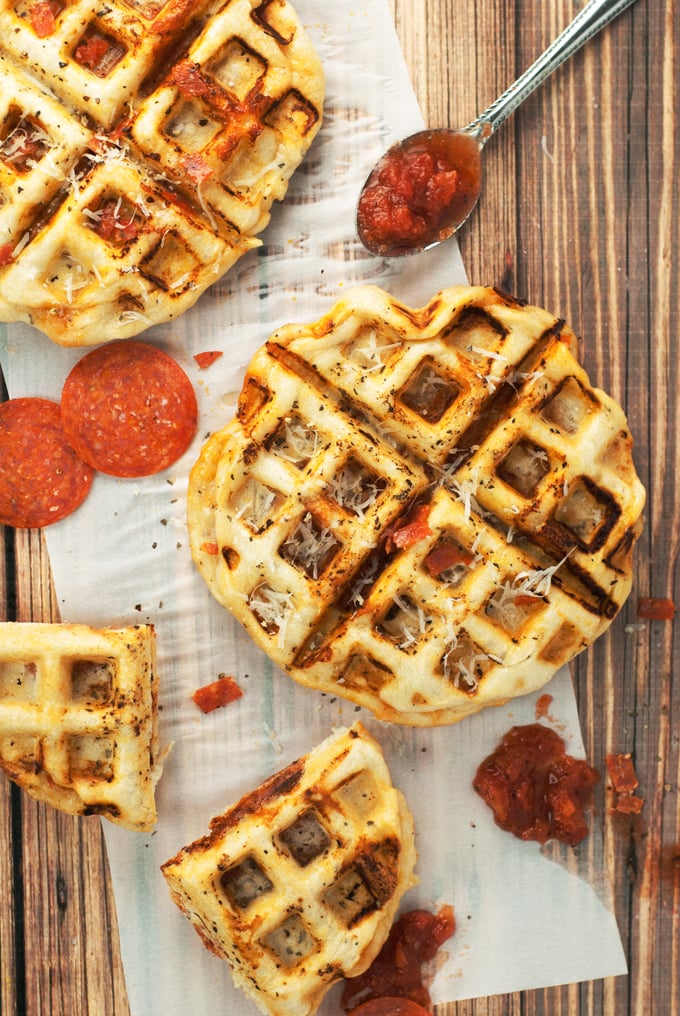 Dinnertime is always fun in the Gomez household.

I feel lucky that the kids have my husband’s tastebuds and are willing to try just about anything, while I still slowly work on overcoming my aversion to things like mushrooms, custards, and puddings (it’s a texture thing, folks). This gives me a chance to experiment with foods and flavors without fear of the kids poo-pooing it right off the bat, which is such a relief to me and my wallet, ha!

I knew, though, when I decided to combine the girls’ love for pizza and waffles into these super amazing Pepperoni Pizza Waffles, that I wouldn’t have any problems with the girls gobbling these right up. You gotta have some love for Hormel Pepperoni, they make these waffles super delish! 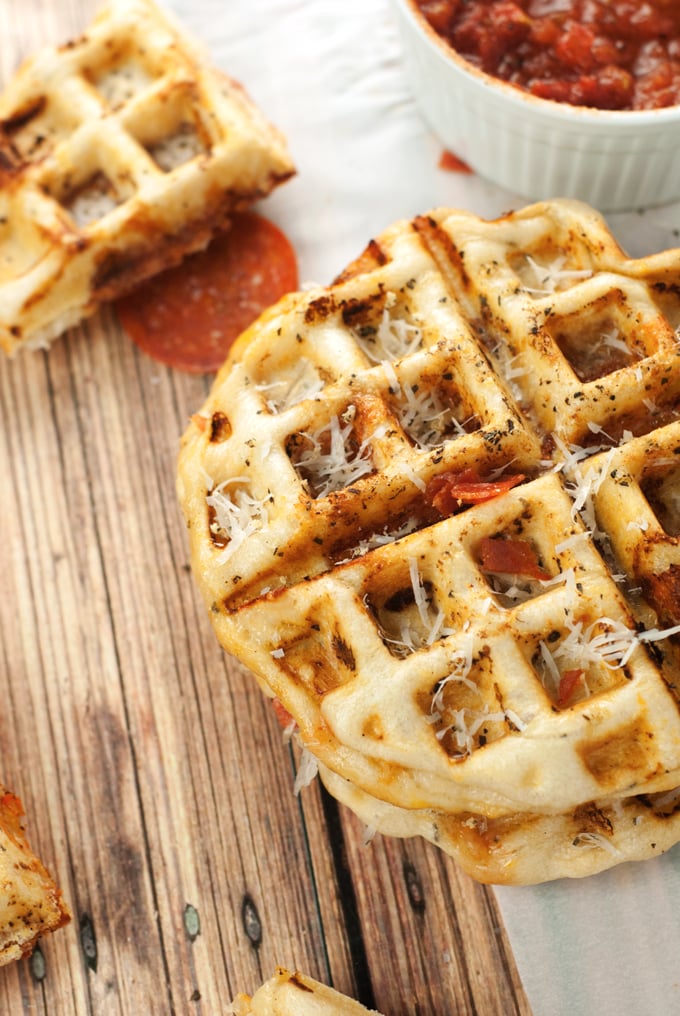 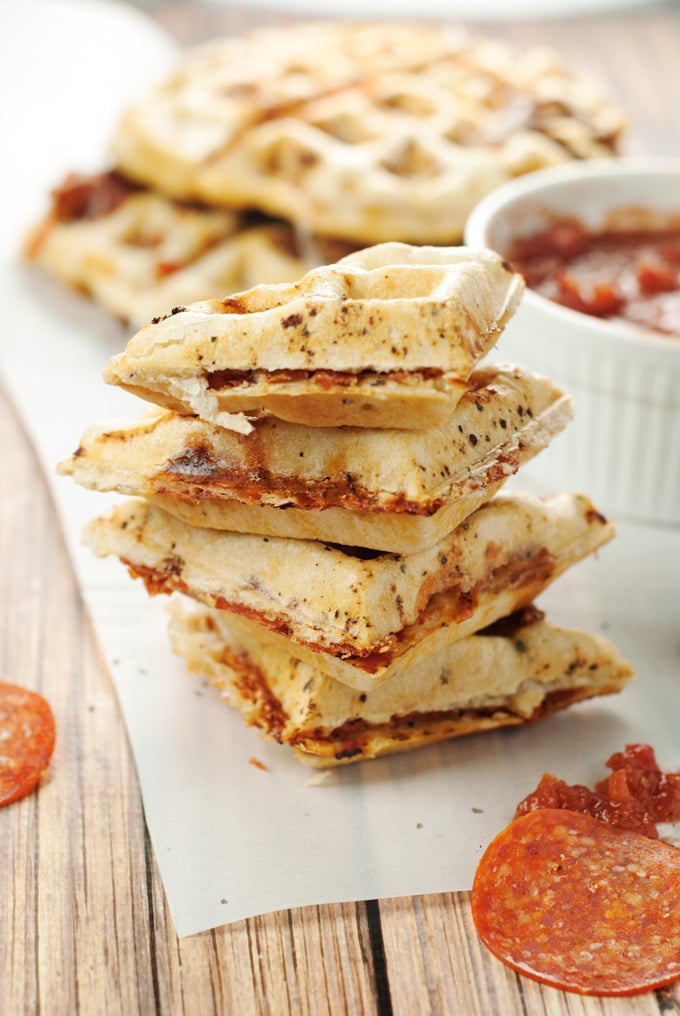 When I first thought about making waffles that weren’t exactly…waffles, I spent a lot of time struggling with the notion that I needed to make a waffle batter for the recipe to be a success, which was a total waste of time, because you can use pizza dough, no problem!

I took a very basic dough recipe and added some fun spices to give it a flavor boost, then stuffed it full of tomato sauce, Hormel Pepperoni, fresh mozzarella, and Parmesan cheese, then covered it with a sprinkling of extra spices and cheese before putting it in the best damn waffle iron to cook! 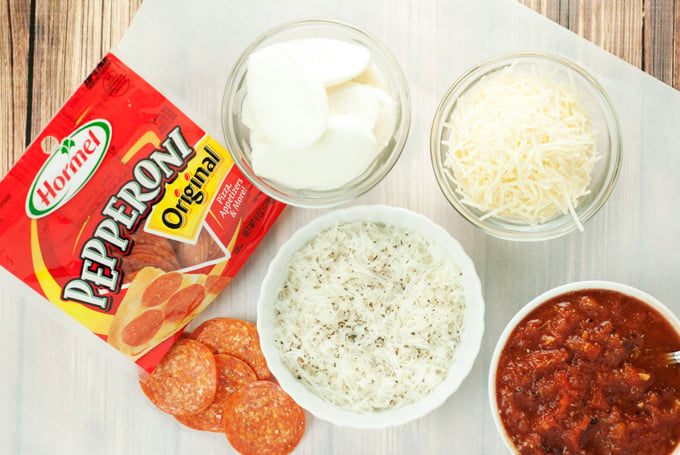 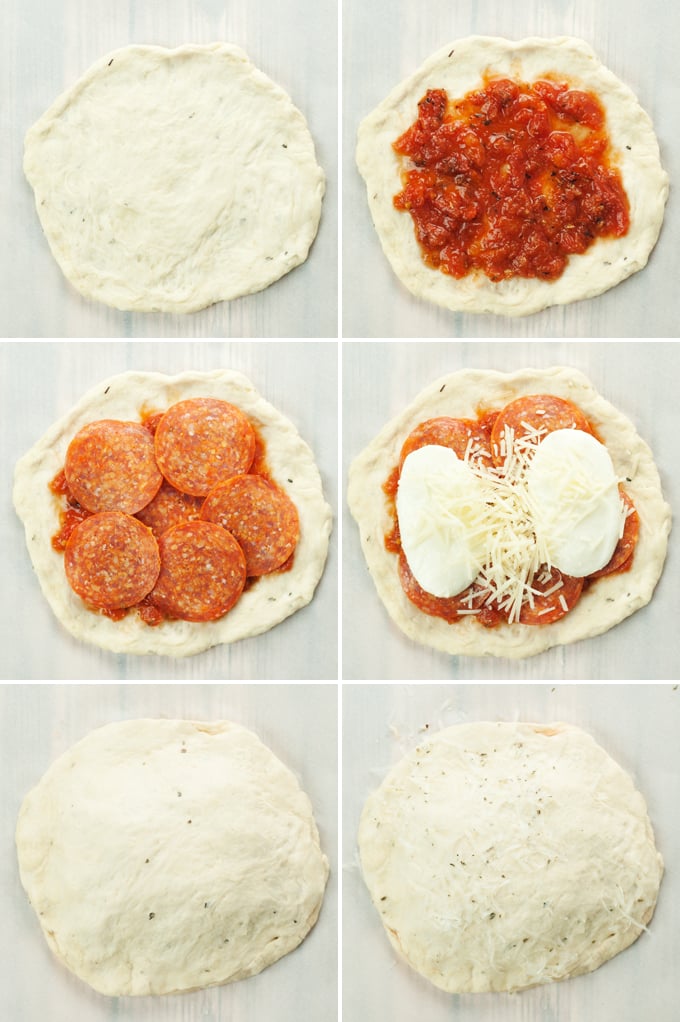 This dinner can be on the table in less than an hour, the longest time being devoted to the dough rising, which, if you’re scared of a yeast dough, don’t be! This recipe is so foolproof, you’ll feel like a pro when you’re done! 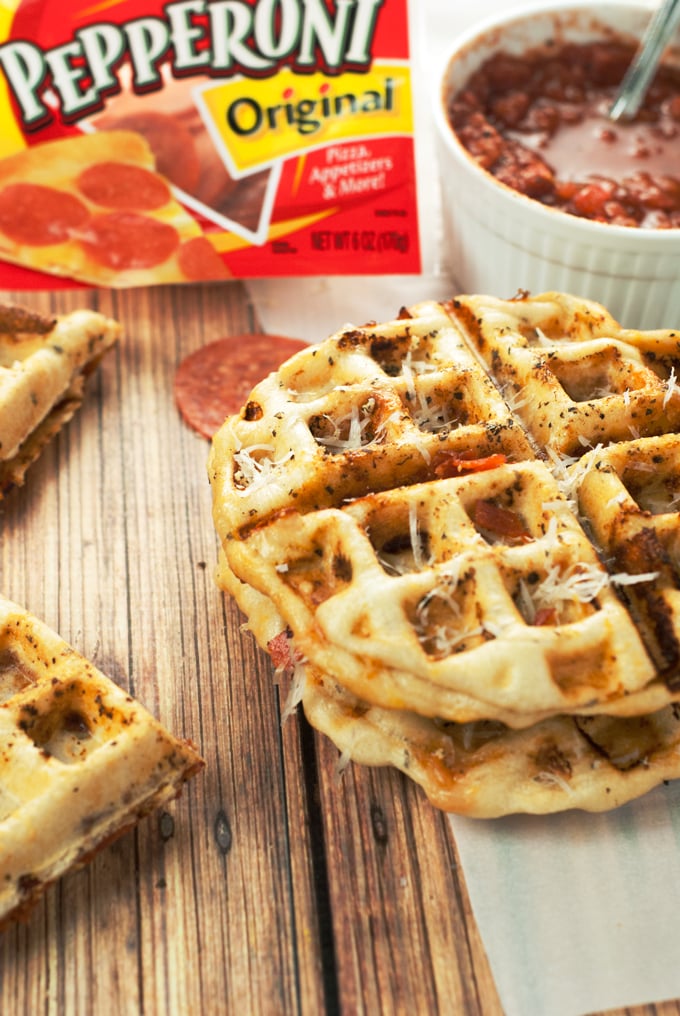 Get ready to make a meal your family is sure to enjoy! 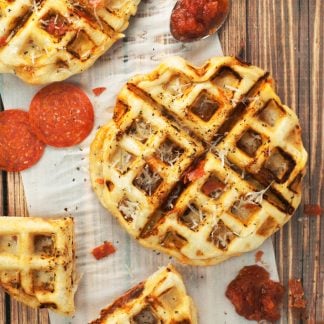