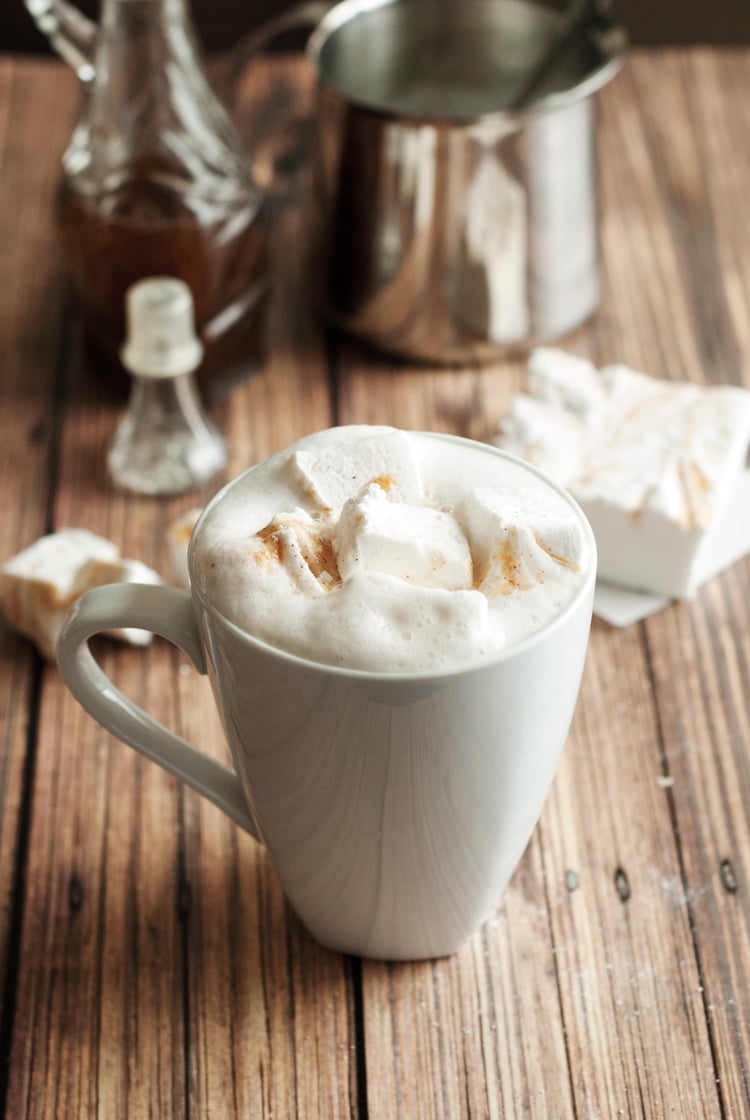 You guys. It’s Pumpkin Spice Latte season. And we’re still in August! But you know what? I don’t mind. At all. Since I no longer live in the scorching desert, I am excited for fall. Seriously, like crazy excited. Yay cooler temperatures and jeans and sweatshirts and bonfires and pretty leaves and and and and and omg yes, please, fall. Woo!

This year, Starbucks is rolling out their infamous Pumpkin Spice Latte on the 25th, and I thought, in the spirit of awesomeness, I would share my very own pumpkin spice latte recipe, which is different from most other recipes I’ve seen, and frankly, far closer to the original than any other recipe. 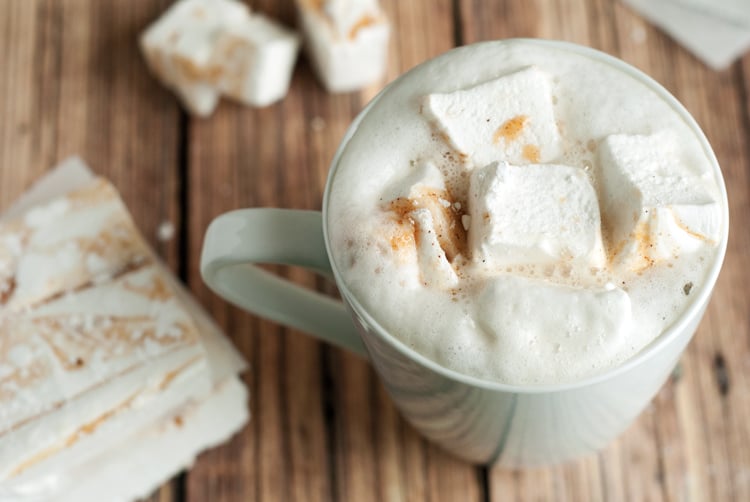 And I did mention, it’s complete with homemade pumpkin spice marshmallows? You guys are going to go insane for this, it is so good.

What makes this recipe so unique is that instead of taking your ready-made coffee and adding pumpkin puree and pumpkin pie spice, I made a syrup in the classic coffeehouse fashion. By making a syrup, you’re guaranteed to have a stash you can use for far longer than the shelf life of an open can of pumpkin puree. And coming in at 33 calories per tablespoon, it’s not a bad bet either!

I love making this syrup because it is so fragrant; it makes my house smell like fall. Another big score, fo realz. All you do is combine the sugar and water on medium heat, and once the sugar is completely dissolved, add pumpkin puree and my special spice mixture and allow it to boil for a good 5-7 minutes, then let it cool down completely. Done and done.

I like to add roughly two tablespoons to my cup of joe, then top it off with some hot, frothy milk and my homemade pumpkin spice marshmallows! 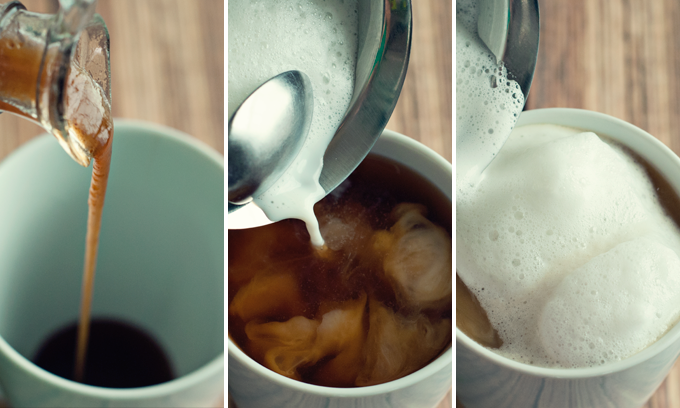 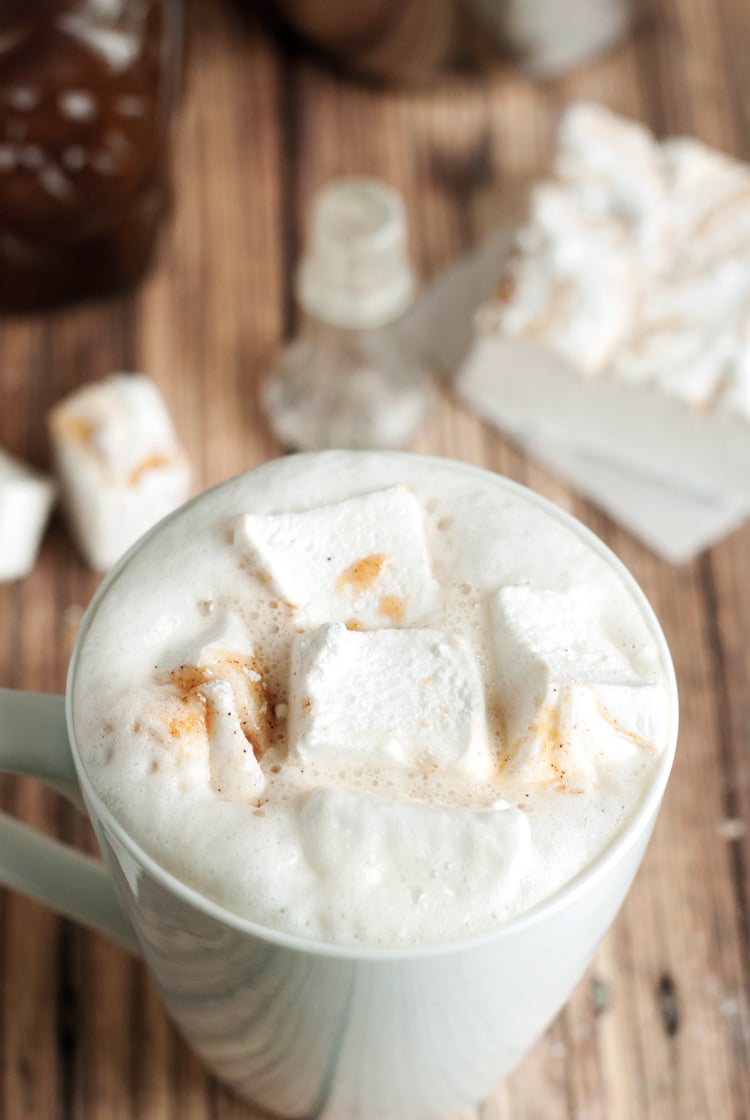 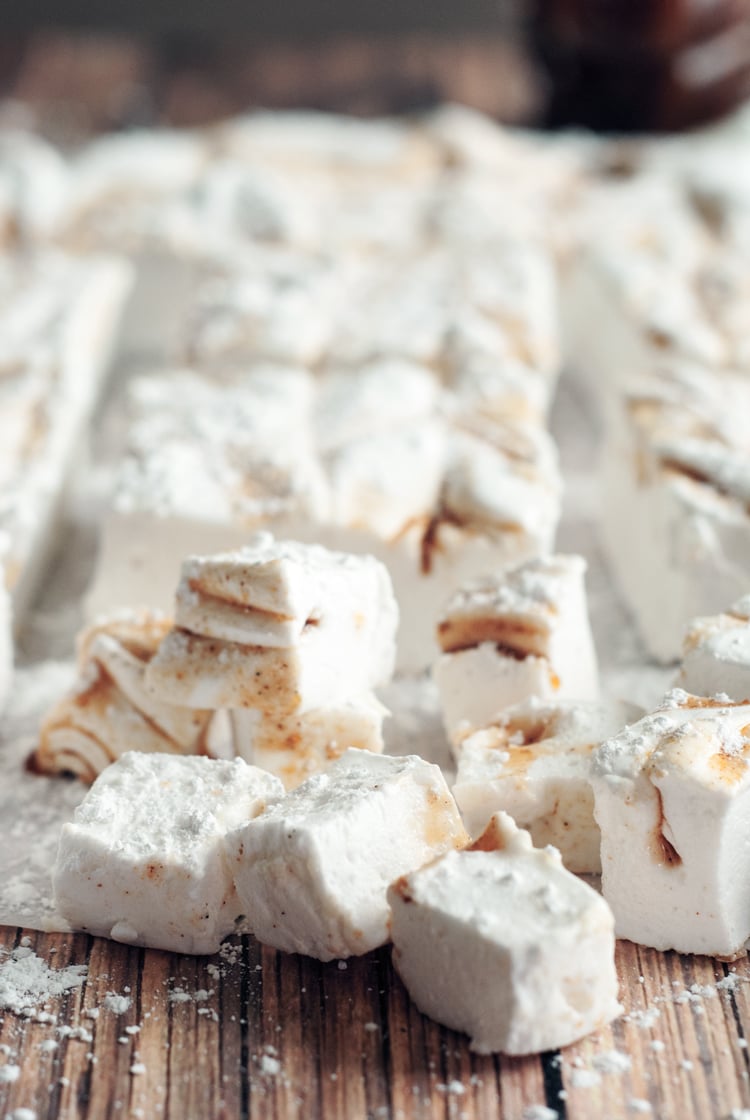 You know, I made some marshmallows the other day, and it was crazy. I’ve said crazy a lot in this post, but it’s totally true.

And, for the record, most everything going around me is crazy. Just ask Angela, and Laura. It’s Crazy Central. But anyway, back to these marshmallows. I have no idea what I did wrong, but all of a sudden I ended up with taffy instead of marshmallow. It was so sticky and it pulled exactly like taffy, it made me wish I had a taffy-pulling machine. You know, the kind you see at county fairs? It would have been awesome. 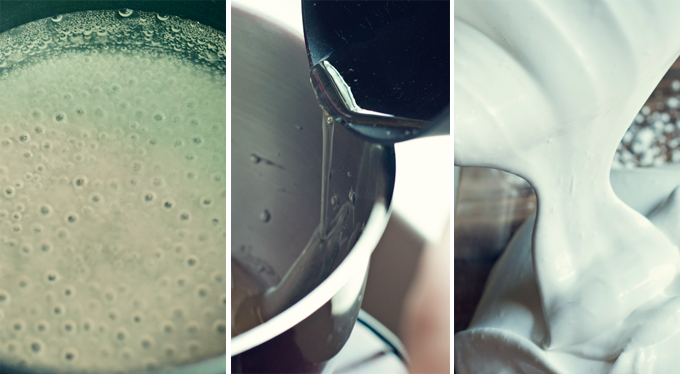 That fluffy goodness is hard to resist. You know, when you aren’t accidentally making taffy. I may or may not have been licking the spoon. Yum. 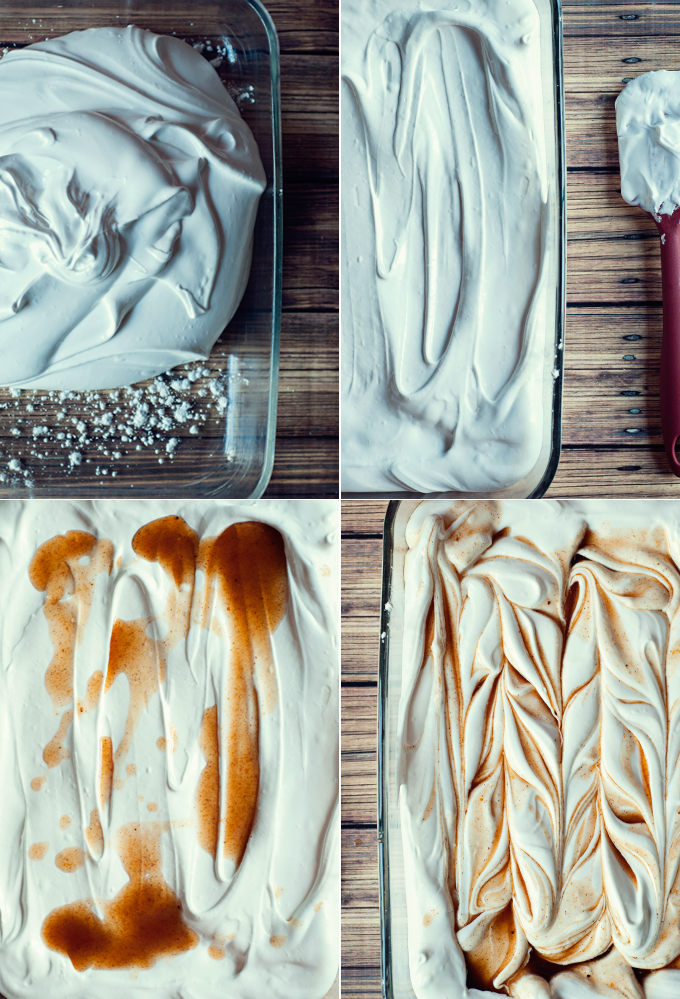 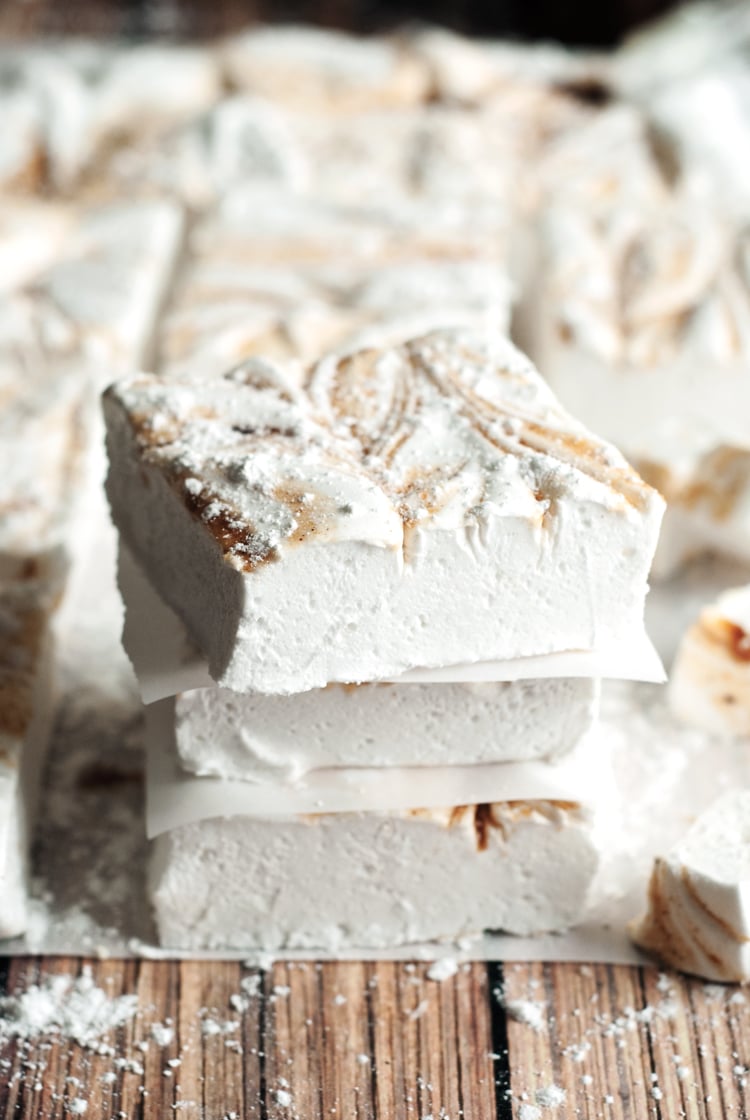 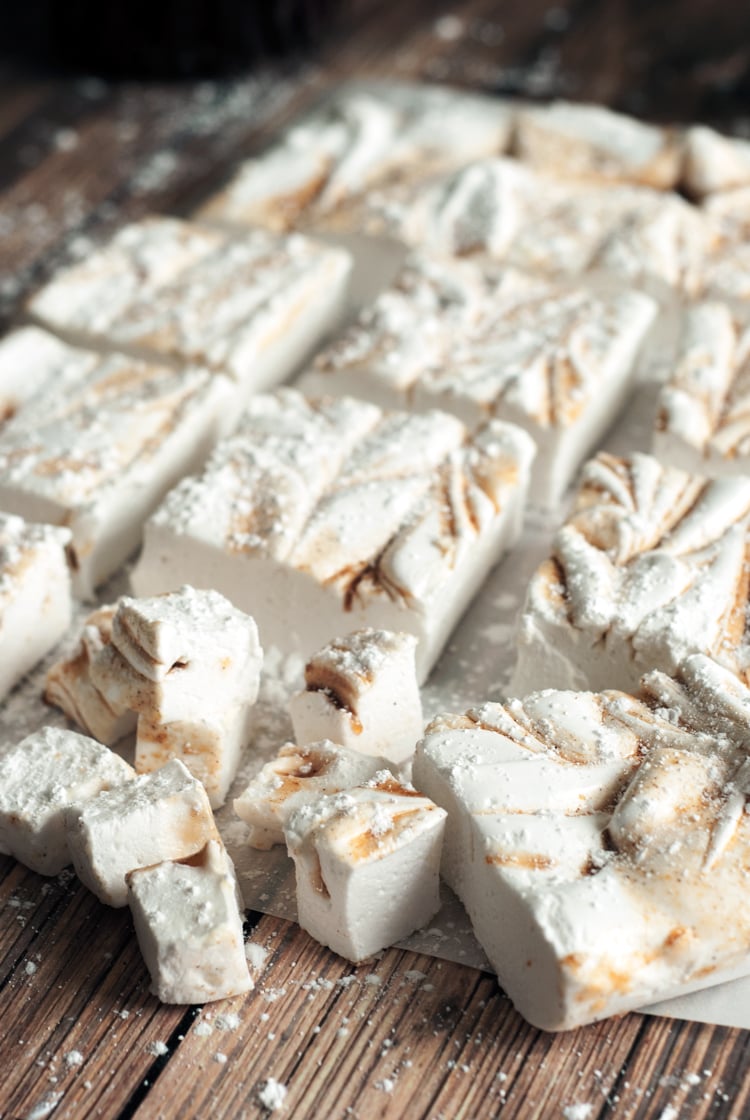 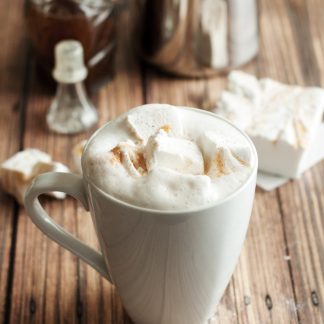 For the Pumpkin Spice Syrup

For the Pumpkin Spice Marshmallows

For the Pumpkin Spice Latte

For the Pumpkin Spice Syrup

For the Pumpkin Spice Marshmallows

For the Pumpkin Spice Latte