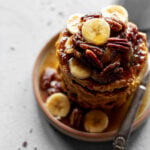 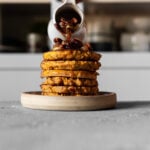 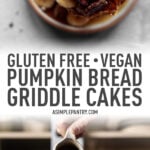 Ready in 30 minutes, these pumpkin bread griddle cakes are delicious and surprisingly both gluten-free and vegan! Decadent with caramelized bananas and pecans on top, these griddle cakes feature simple pantry staples and can be made in a single batch on the Cuisinart 360° Griddle Cooking Center, so no more waiting! Follow the expert tips below for perfect pancakes and the most delicious topping around. 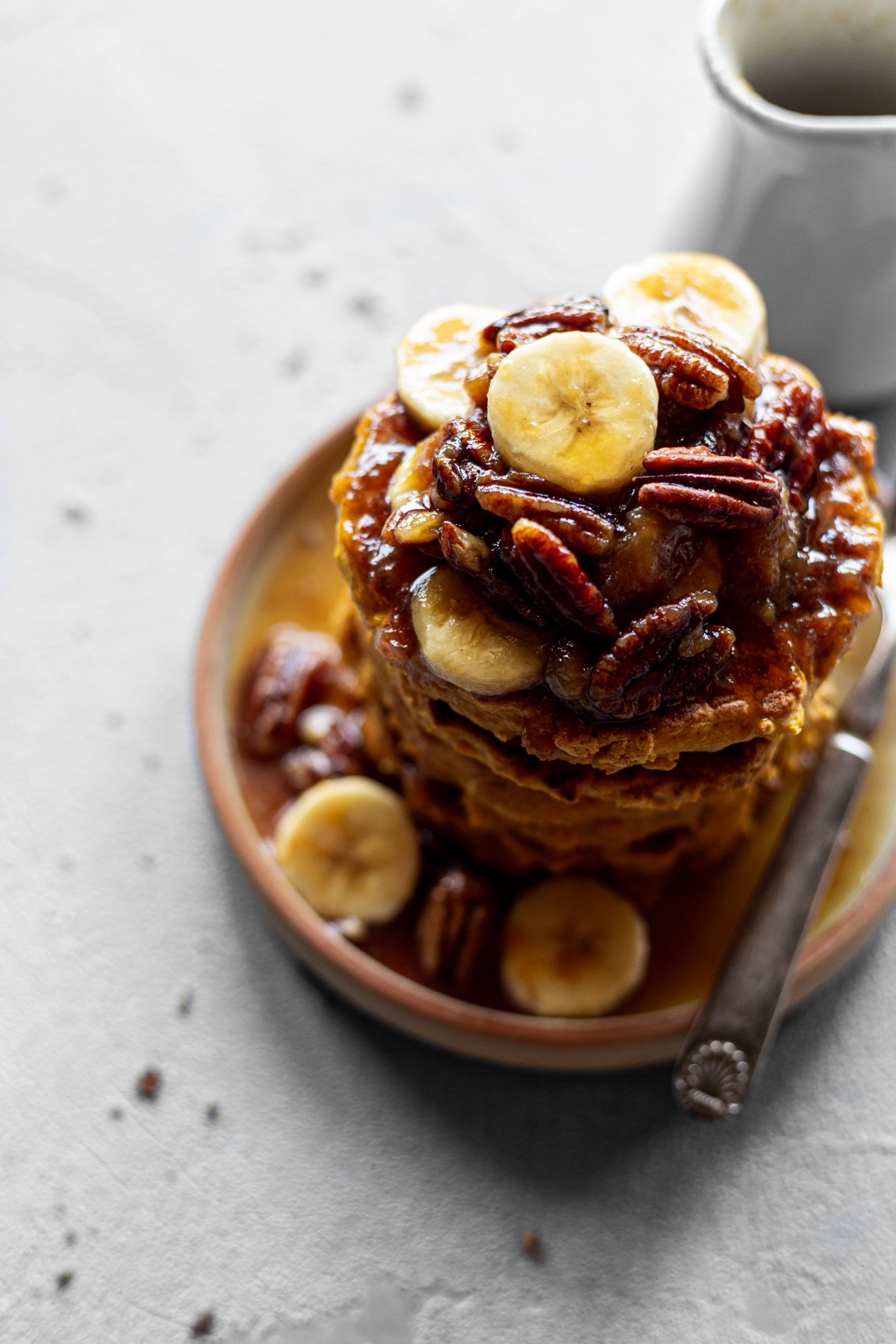 I love that these cakes are heartier than traditional pancakes, but really, you make these because they are so simple!

All you need is one bowl and the Cuisinart 360° Griddle Cooking Center and can have these bad boys on the table in minutes.

Bold pumpkin flavor takes center stage, but fluffier than traditional pumpkin bread, you’ll never waste time waiting on actual bread once you whip up a batch of these griddle cakes. 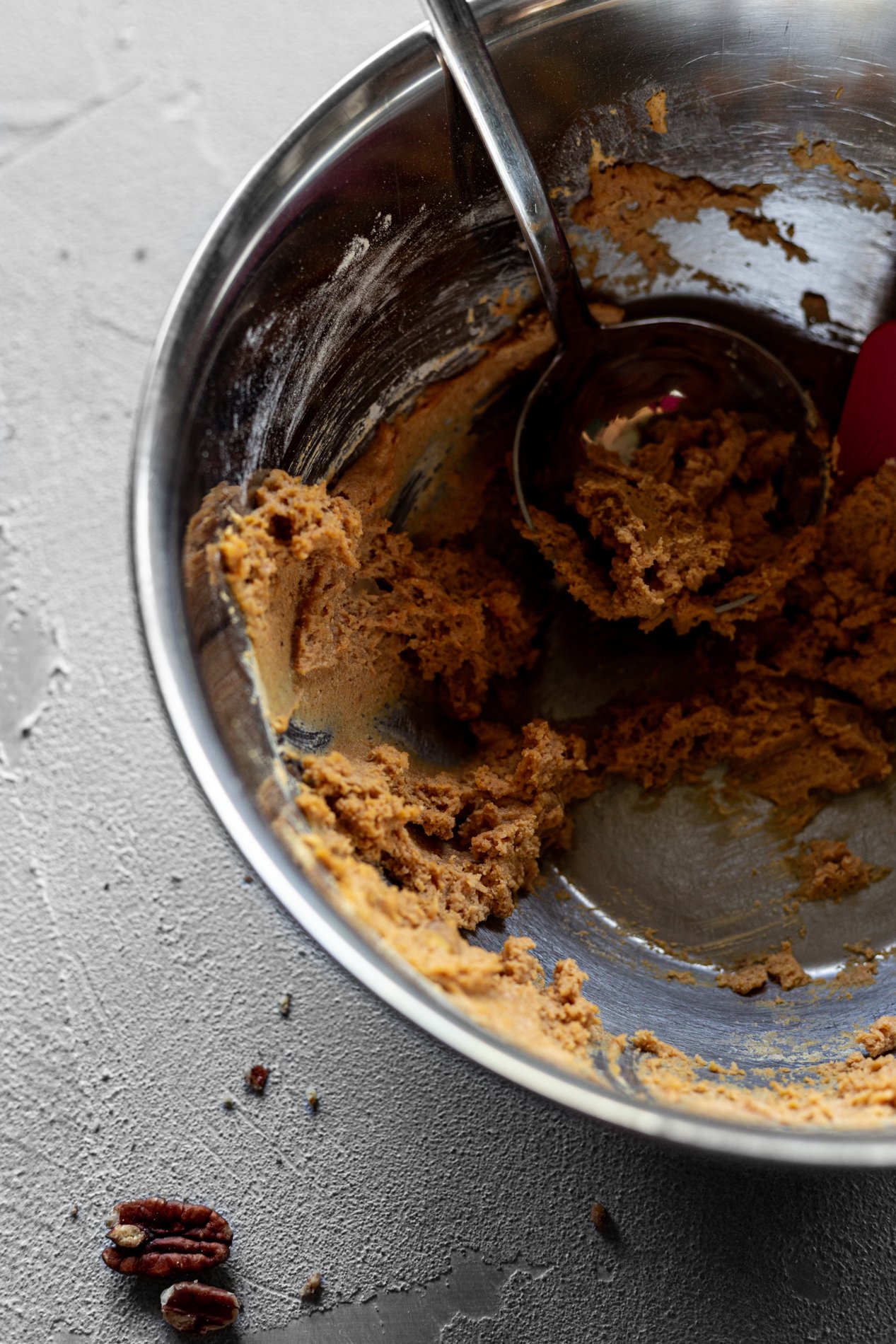 To make these griddle cakes vegan and gluten-free, we made some simple swaps that you’ll honestly not even notice.

All the ingredients are readily available at any supermarket, which is great for this recipe. 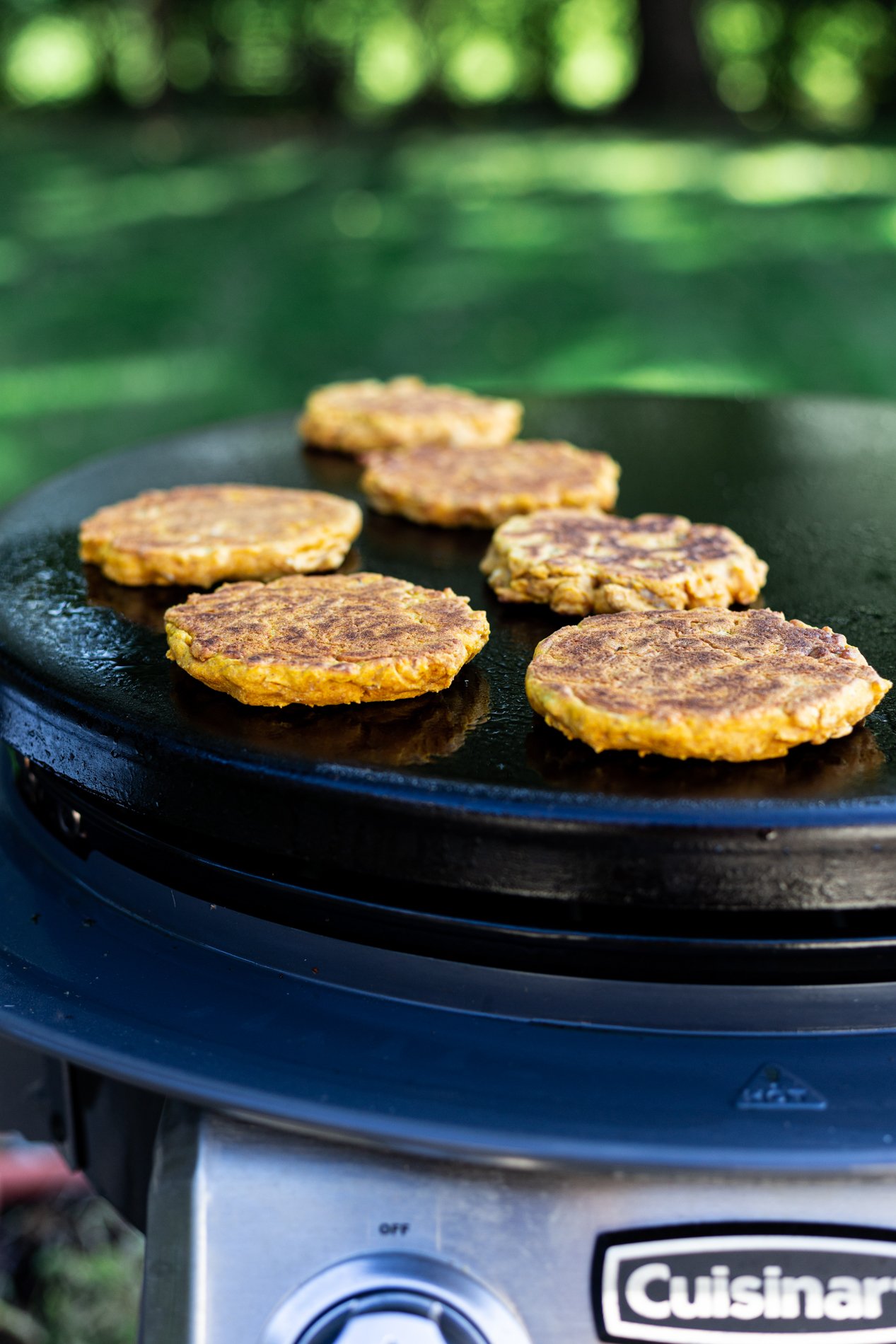 The batter for this recipe is pretty thick, similar to the zucchini fritters. I recommend using a greased spatula to spread the batter on the Cuisinart 360° Griddle Cooking Center to get nice, thick patties.

I like to chop up the pecans to small pieces, but not so small they get lost in the batter. You want that bit of nutty crunch, so make sure you leave some chunkiness to the nuts.

When you use the Griddle Cooking Center, you can make all the griddle cakes at once, because the 22″ cooking surface is more than enough room to portion the batter across the entire surface, no problem! 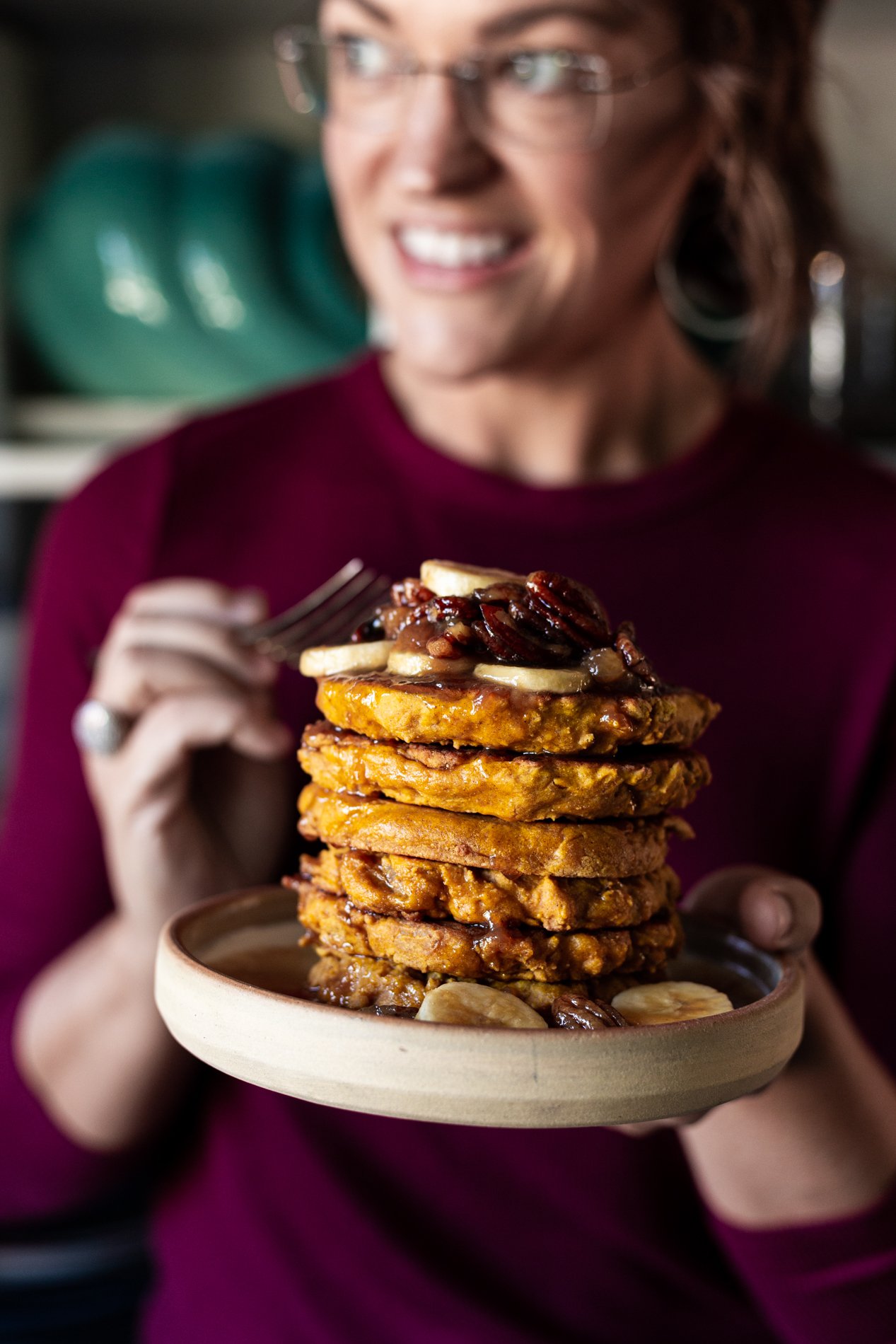 How To Make The Caramelized Bananas and Pecans

You can prep this in advance if you’d like, but I use a small skillet to prevent the liquid from running away, you need all of it!

The process of making the topping is actually longer than making the griddle cakes, so I often start with it, since you need to melt the coconut oil and sugar together, which takes some time. 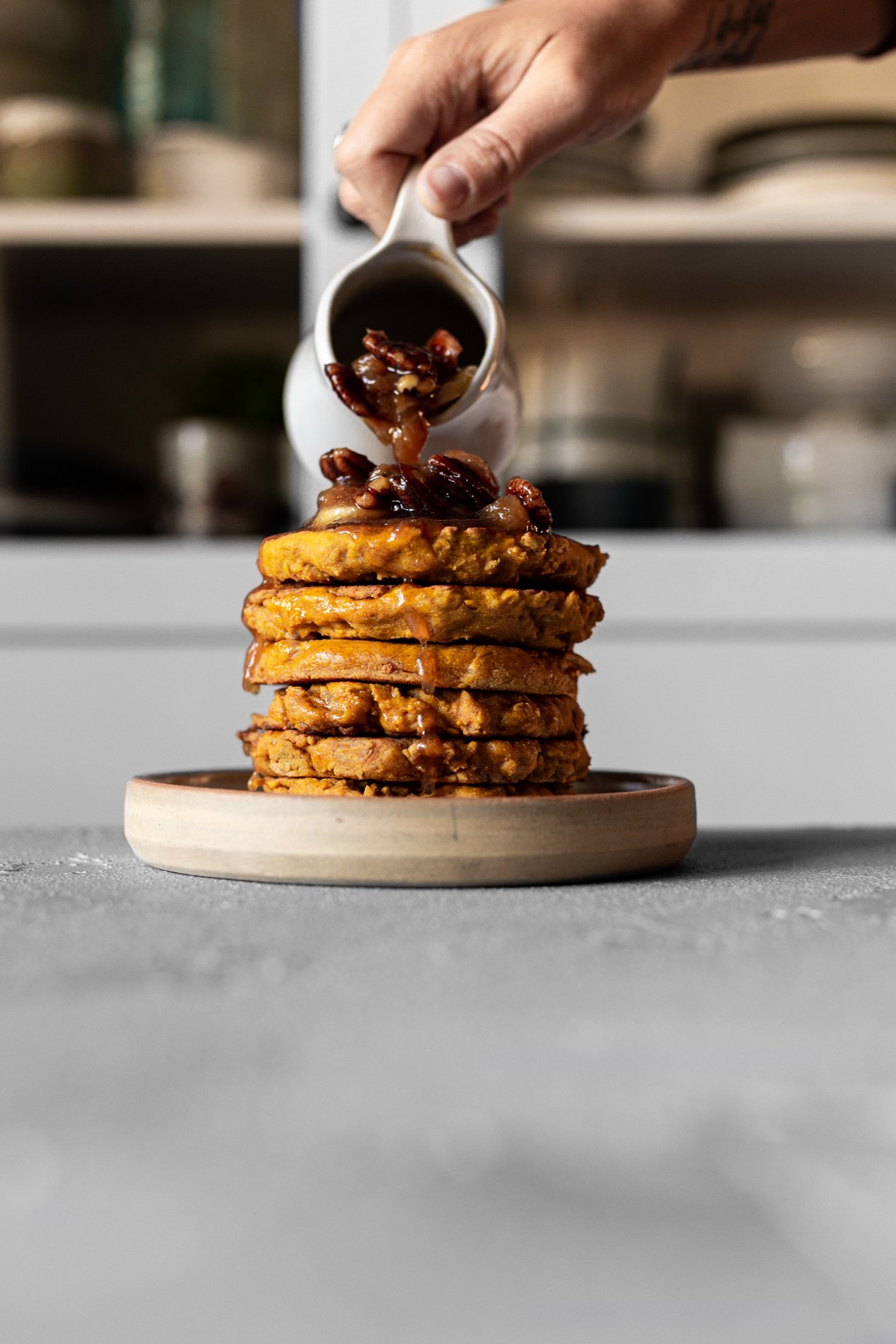 Then you add in the maple syrup, bananas, and pecans, and that will shock the mixture and turn it hard nearly instantly.

Don’t freak out! Just give it time and keep stirring, it will loosen back up. In the process, the bananas and pecans will develop a thick coating of the caramel, and it’ll be so good you’ll have a hard time not eating it straight from the pan. 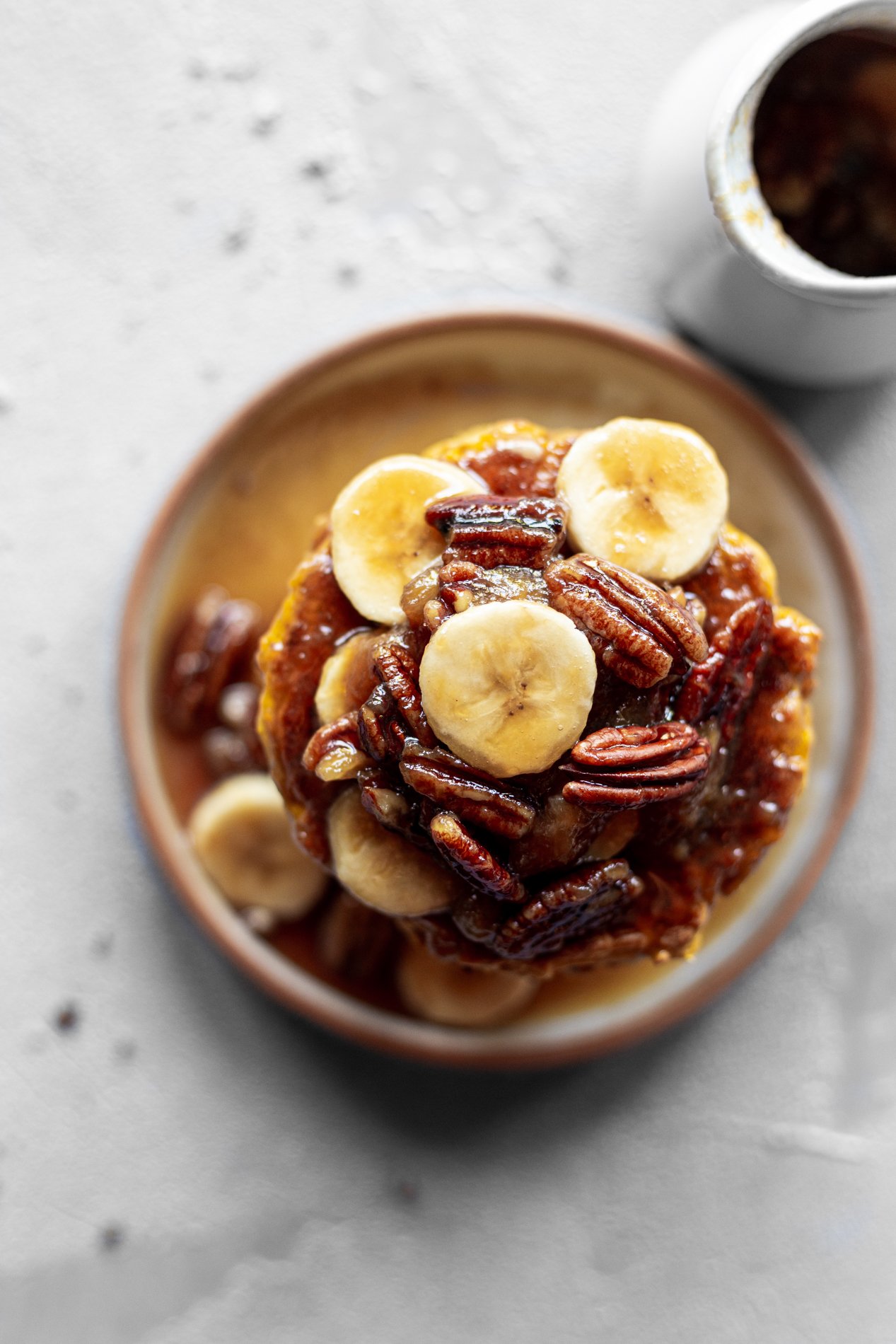 Get ready for a breakfast that whips up in under 30 minutes, but is as decadent as they come! These pumpkin bread griddle cakes are rich and delicious, but completely gluten-free and vegan, for a guilt-free meal the whole family will love to have every single week! 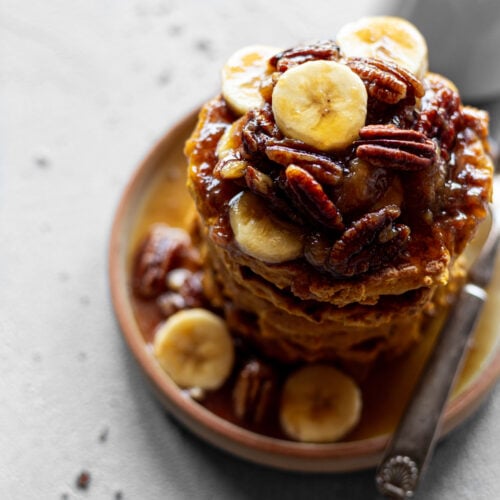 For the Caramelized Bananas and Pecans 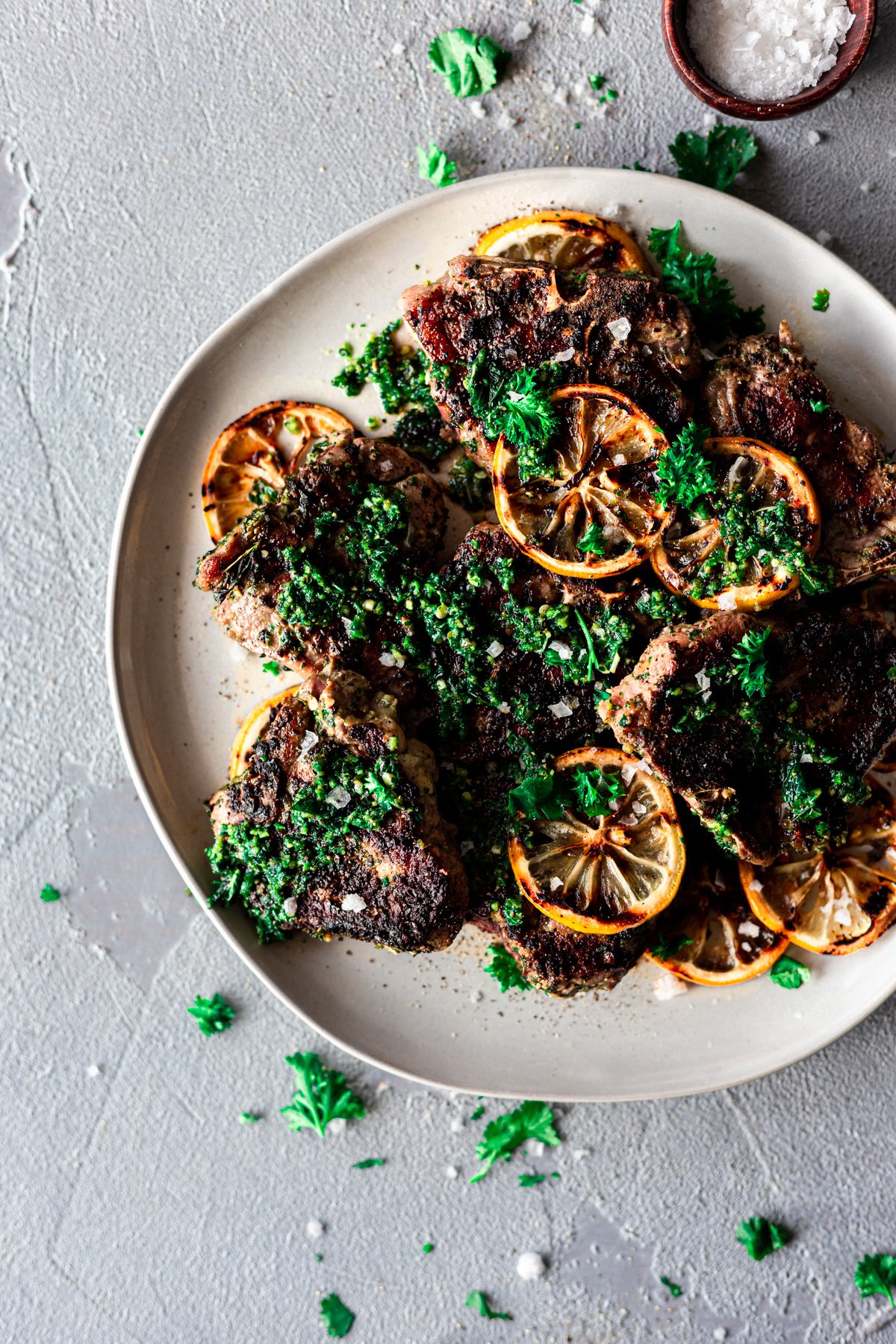