Published: Oct 7, 2019 by Karly · This post may contain affiliate links

Versatile and delicious, and oh so easy to make, this Roasted Red Bell Pepper Paste will quickly become a staple in everyday cooking. With only one ingredient, you can’t get anything fresher or more tasty at the store, and you can easily use it in place of regular tomato paste for a flavorful variation to any recipe! Follow the tips below to get the best flavor, with easy cleanup, and get ready to make your own batch of red pepper paste to use in your tacos, soups, or vegan gyros! 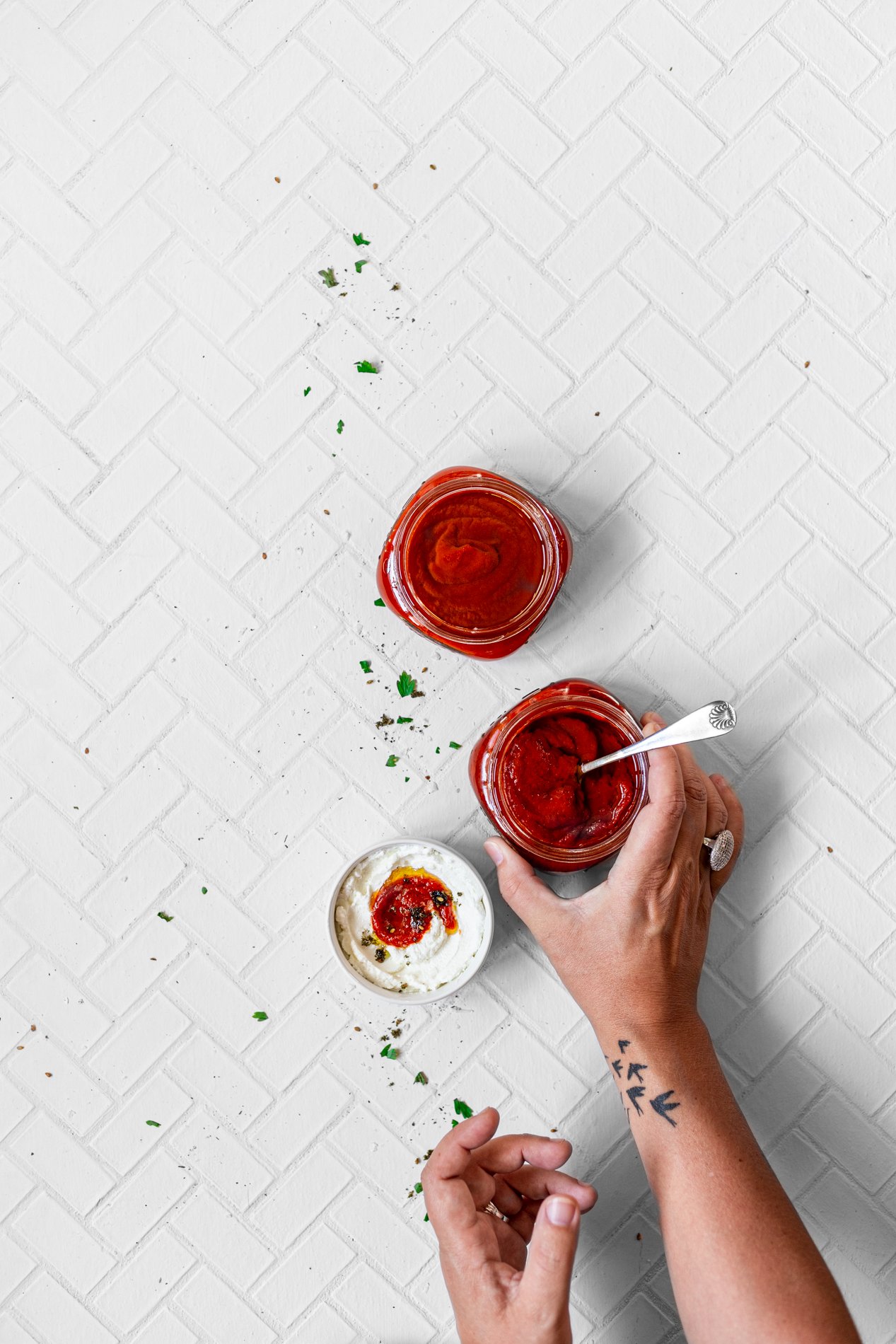 The Tour of a Lifetime

I honestly wasn’t sure what I would share first after leaving Israel. There was so much wonderful food consumed and loved with the Vibe Israel group that the ideas rolling around in my head were seemingly endless.

Everything we ate while touring Israel was so fresh, it was almost unbelievable. It’s hard to find such great produce here in Minnesota, much as we all try. And while I have several recipes to bring your way, I wanted to start a little more simply, with one vegetable in particular: the red bell pepper.

I tasted this red pepper paste at the home of a chef, who had prepared it himself and explained the process to me so I could share it with you.

As an intro into another delicious dish coming soon, we’ll start here, because you can’t complete the noms to come without this, nor would you want to, once you give this a try! 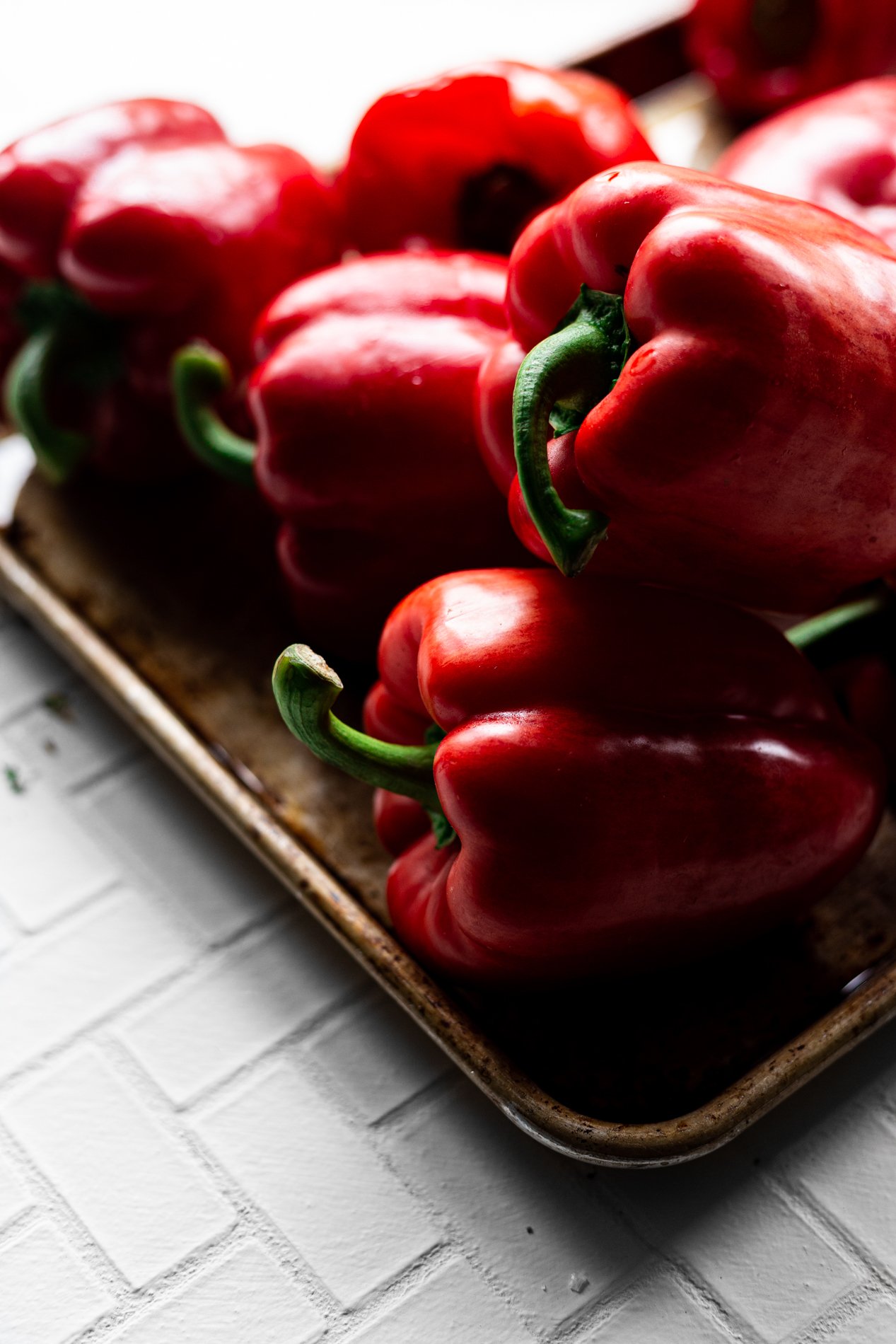 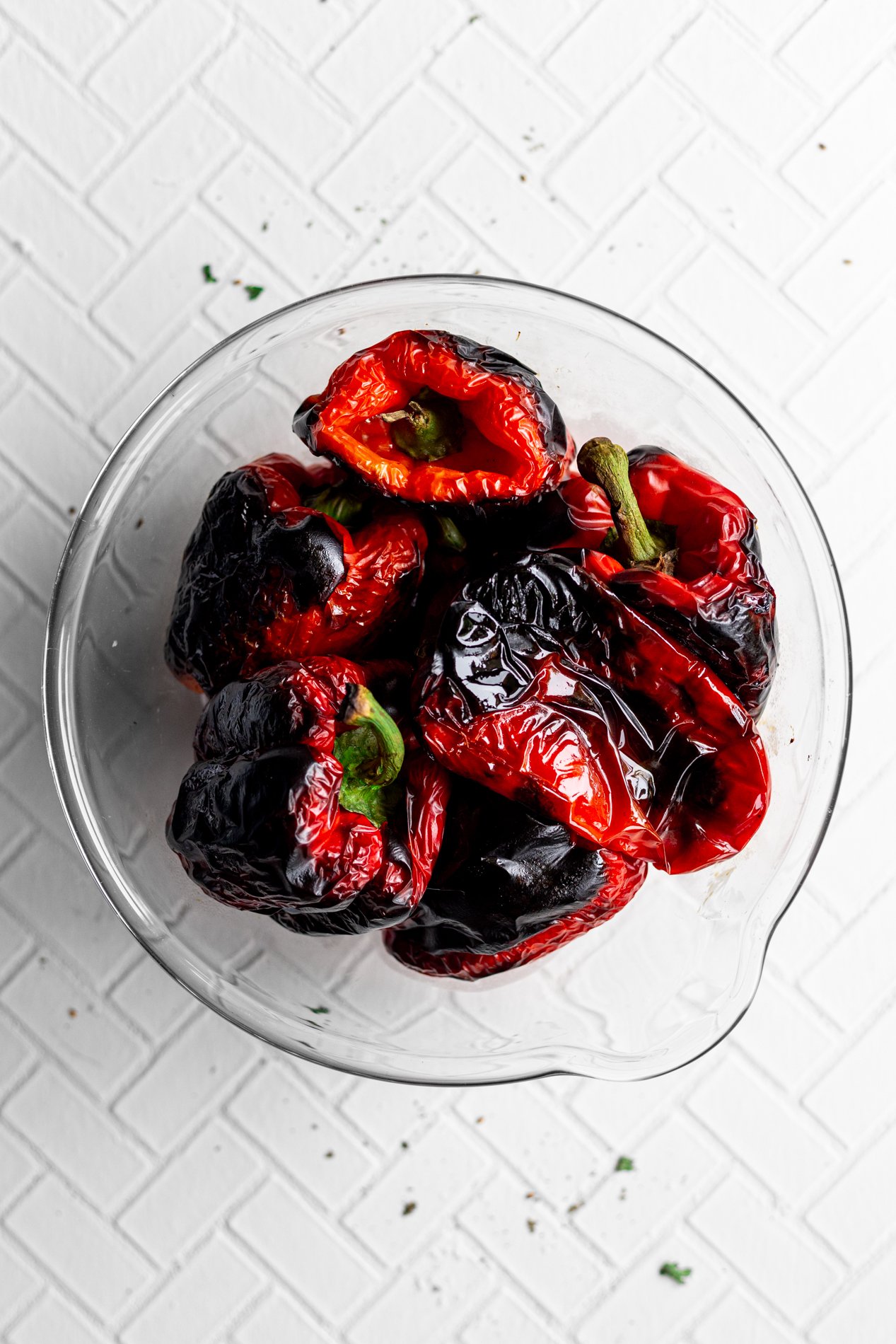 How To Make Roasted Bell Peppers?

How is there only one ingredient in this red bell pepper paste?!

Well, if we’re going to get super technical, there are two ingredients, but the second ingredient is only for jarring purposes. So I’m not counting it, really, ha.

Roasted bell peppers have a sweetness superior to tomatoes, without being overpowering.

For this particular recipe, since we’re going to blend and reduce everything, I turn the broiler on to high and place the rack within the top-third of the oven.

Brush a sheet pan with olive oil and then lay out the peppers in rows and roast for about 5-7 minutes per side, turning them as they blacken. The entire roasting process takes about 20-30 minutes, and requires the most monitoring.

The result is peppers with deep flavor and a meatier flesh. Delicious. Carefully pop the peppers into a large bowl and cover with plastic wrap and let cool completely. This loosens the roasted skin so you can peel it off! 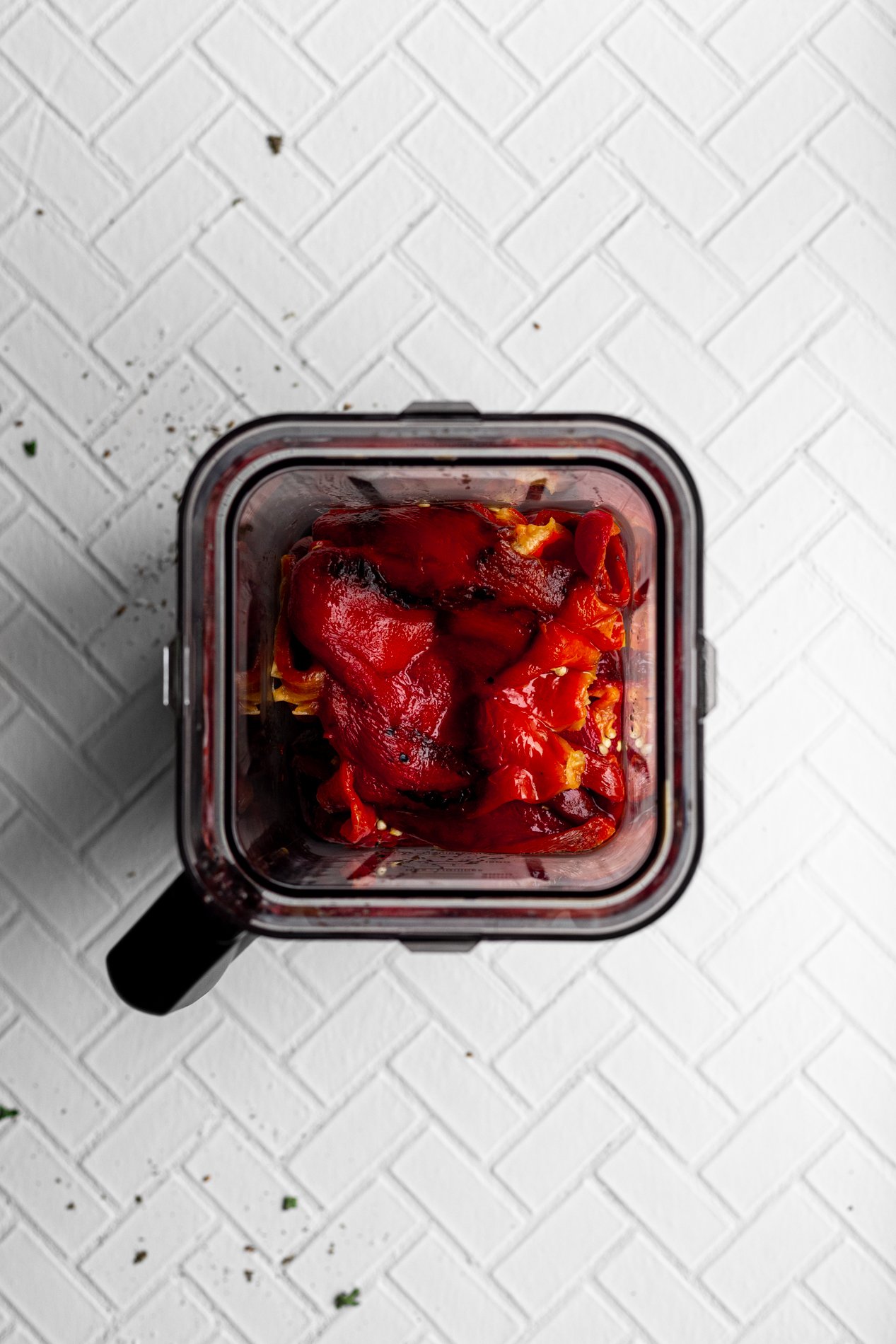 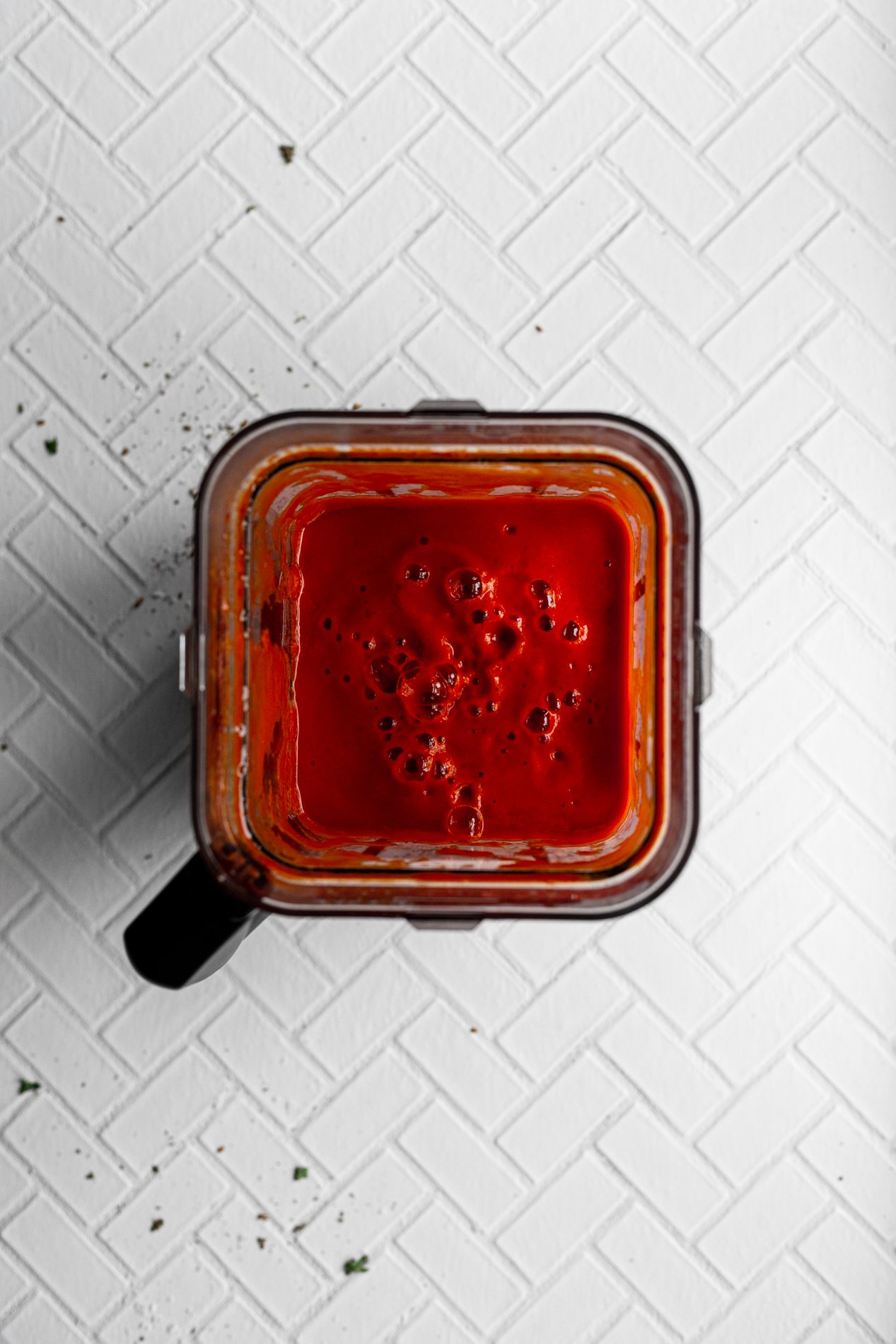 How To Make This Red Bell Pepper Paste?

This particular recipe takes a lot of time, but it’s not particularly labor-intensive. There is a lot of inactive time as you let roasted peppers cool, and cook down the liquid to a paste.

Preparing the paste for reduction takes the most effort. 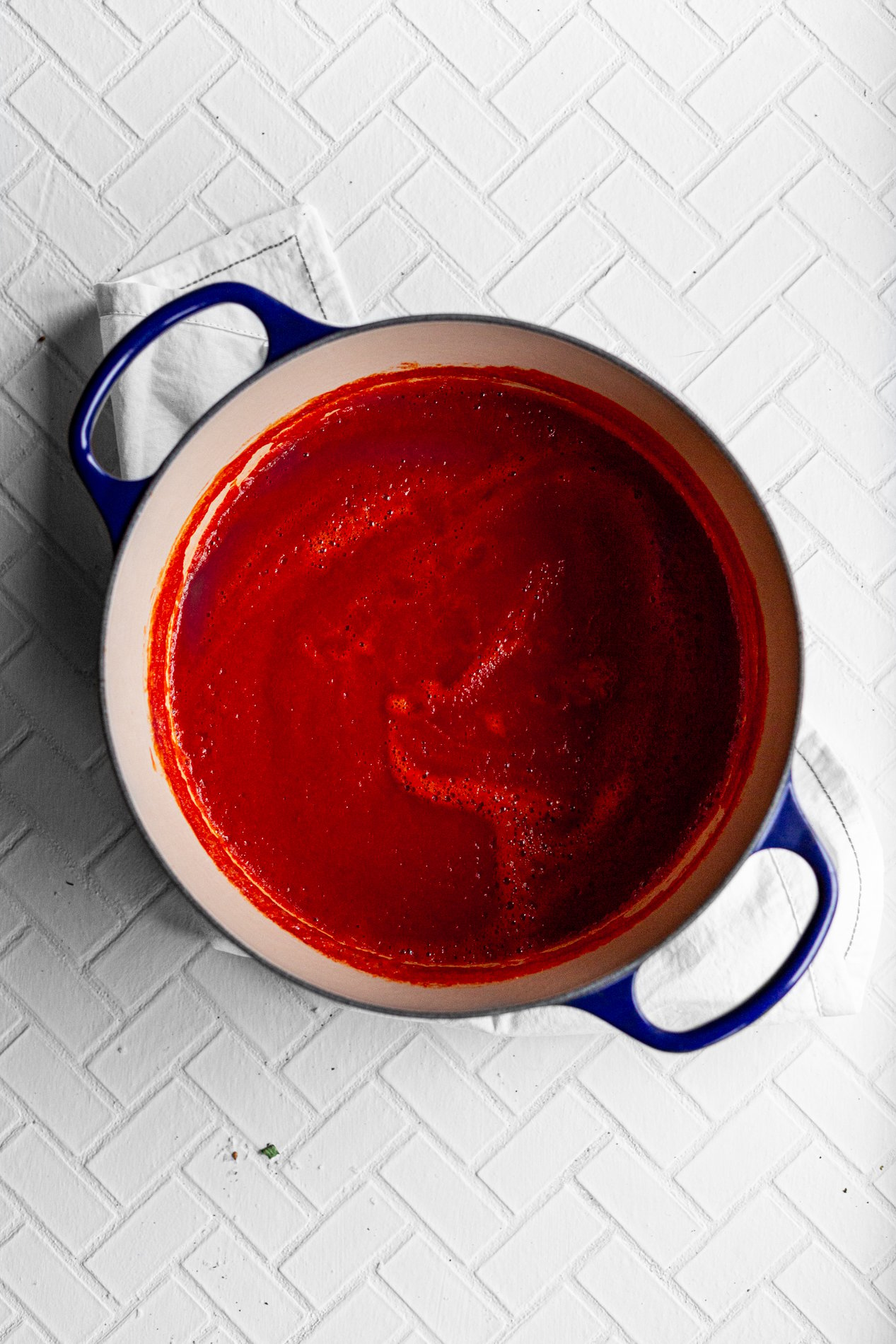 What Is The Second Ingredient You Mentioned?

The olive oil is simply for jarring the paste when you’re done using a sterile canning process. Olive oil is a natural preservative and helps block air from reaching the paste to keep it better, longer.

Since this recipe makes about 2.5 cups, it’ll last a good while, so I definitely recommend doing a sterile canning process so you only have to make paste every few months! I utilize 8oz canning jars so I am only opening small amounts at a time. 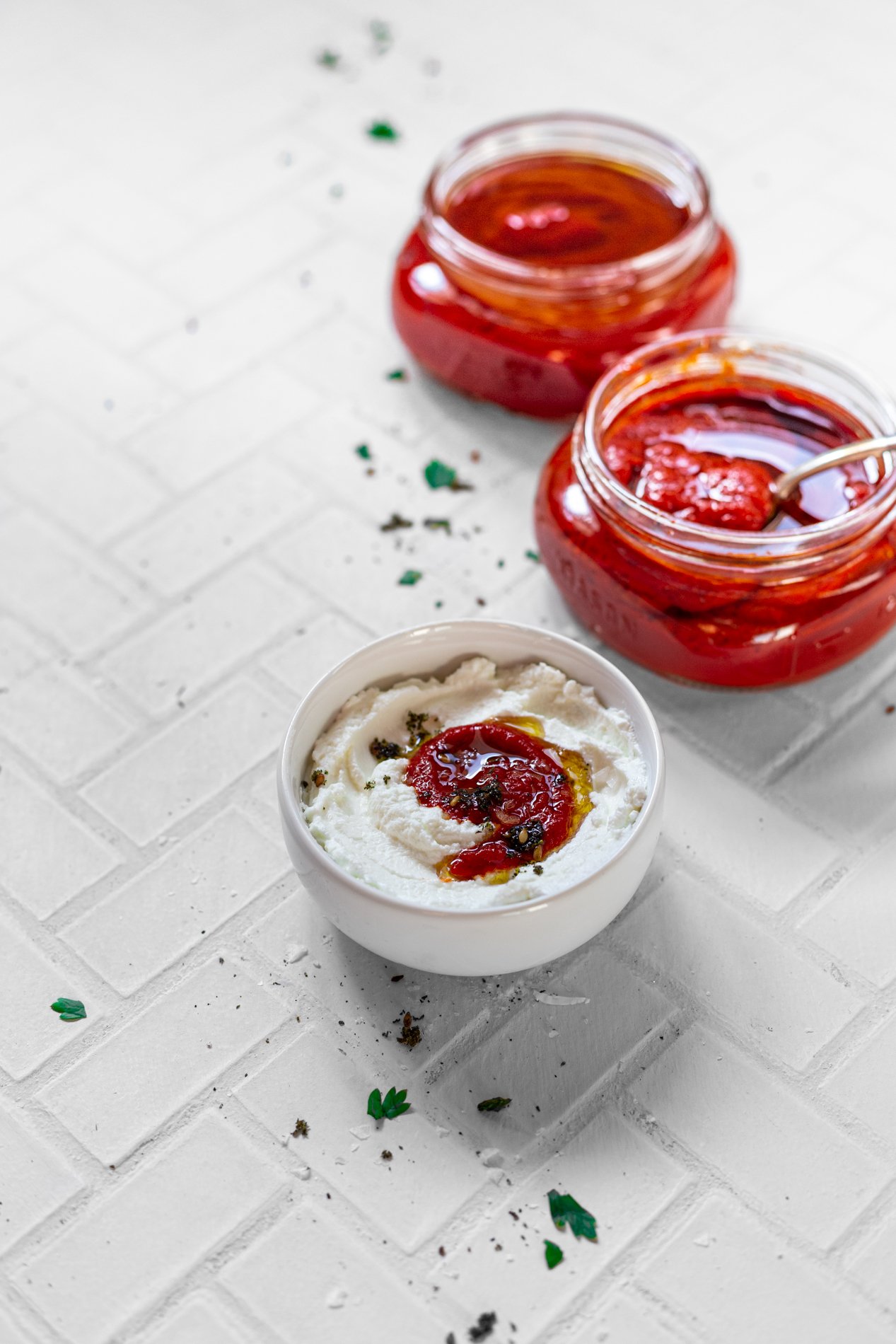 Whether you add a dollop to some labneh or stir it into your soup as a replacement for tomato paste, this roasted red bell pepper paste delivers an unparalleled level of fresh flavor to any dish you introduce it to. Whip up a batch this weekend and get ready to indulge in the best flavors brought to you straight from Israel! 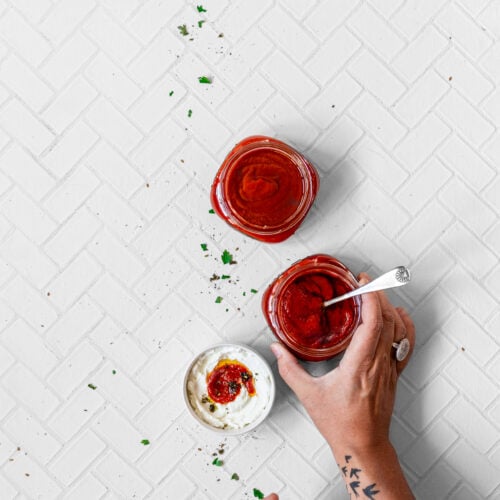