Throw out those other recipes, because there isn’t a Bacon Jam around that can compete with this deliciousness! 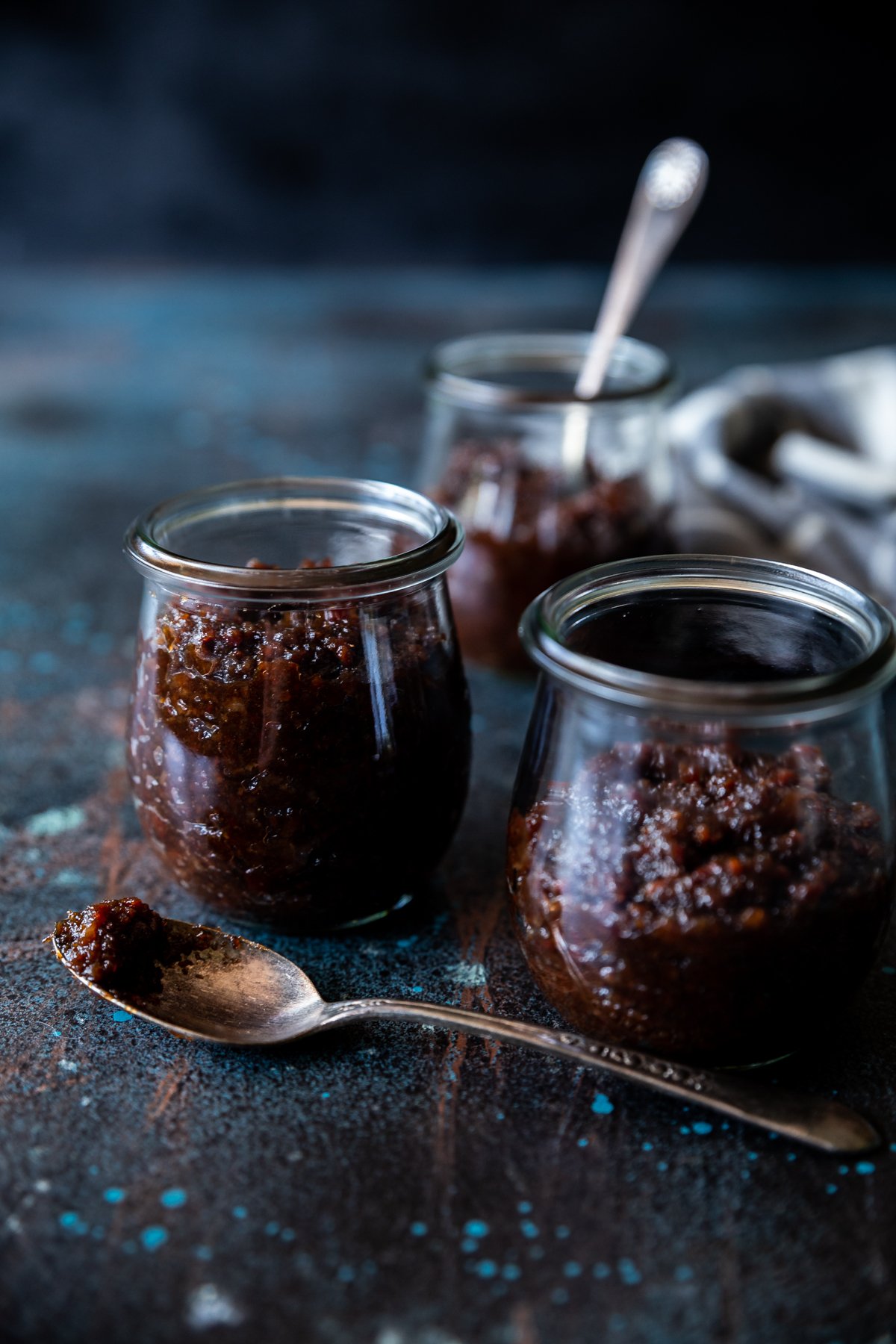 That’s right folk, you heard it from me first!

This really is the best damn bacon jam, I promise. No weird ingredients like coffee, or mustard, or whatever else people are using to make bacon jam.

Oh no, we aren’t doing that here. I took my ingredient cues from the original bacon jam, Skillet Bacon Jam. 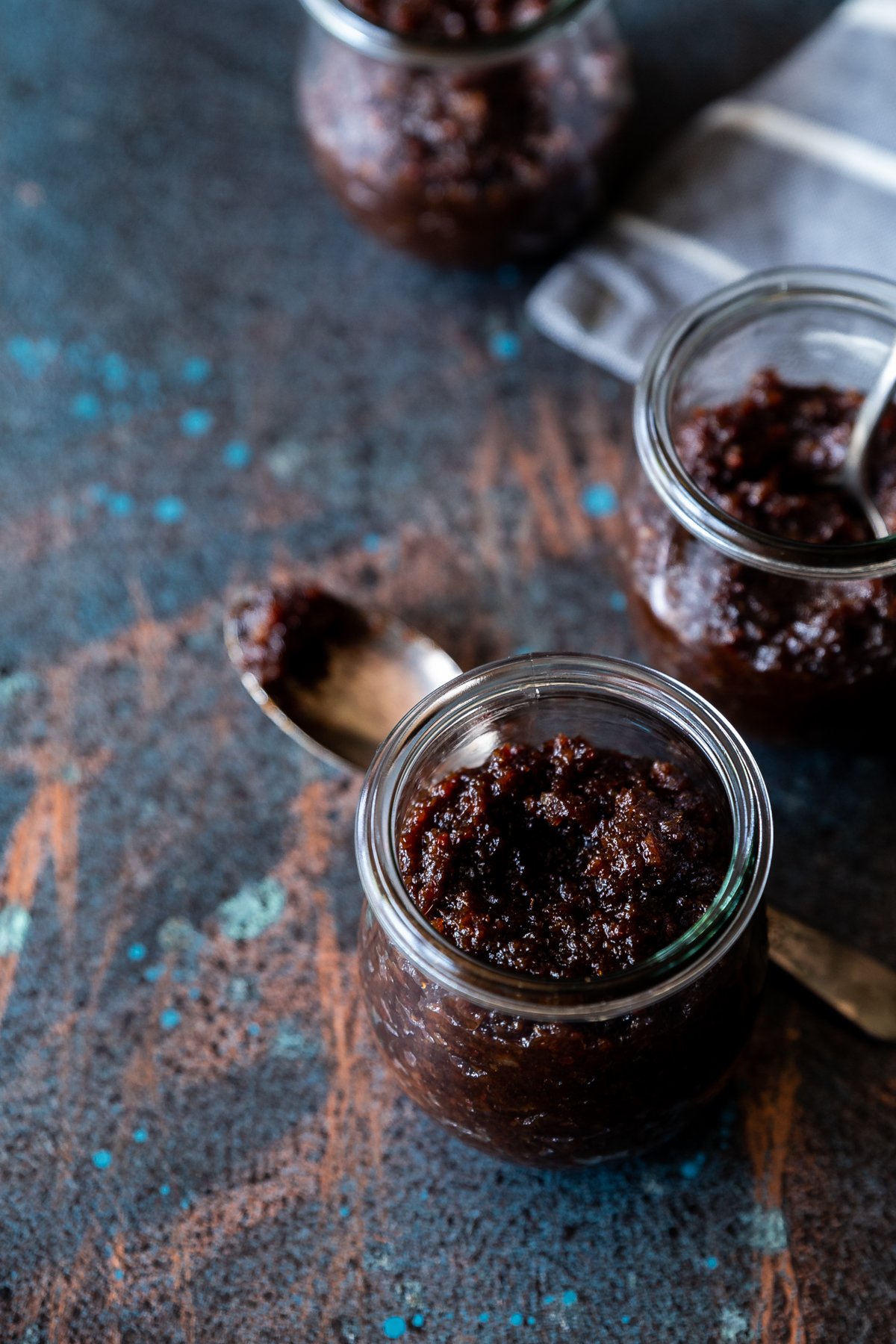 If you’ve ever checked out the ingredients list on the label, you’ll see there are literally very few ingredients.

And for good reason, too. You just don’t need them. Seriously. Even though this recipe is all about the bacon, it is also all about the onions. 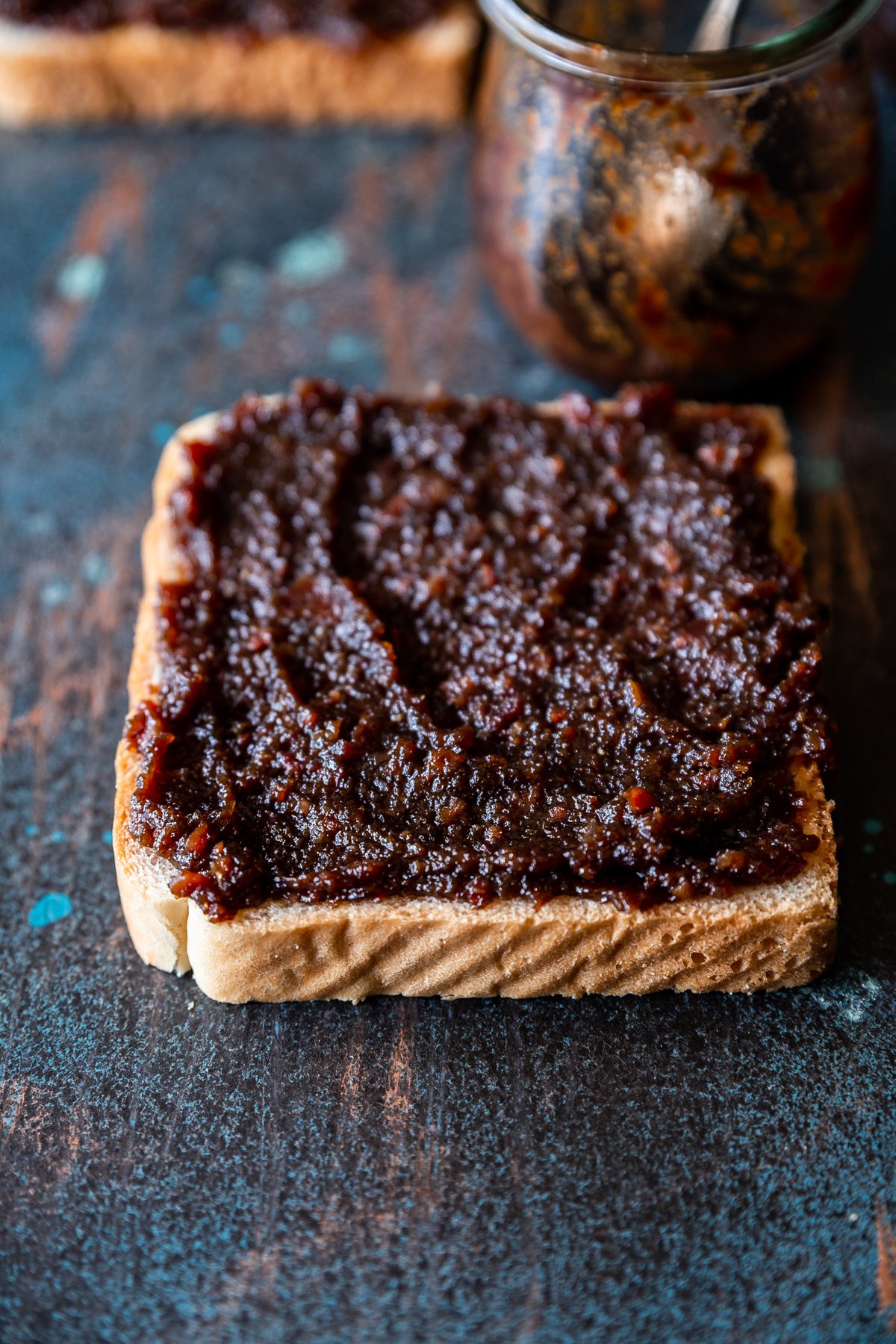 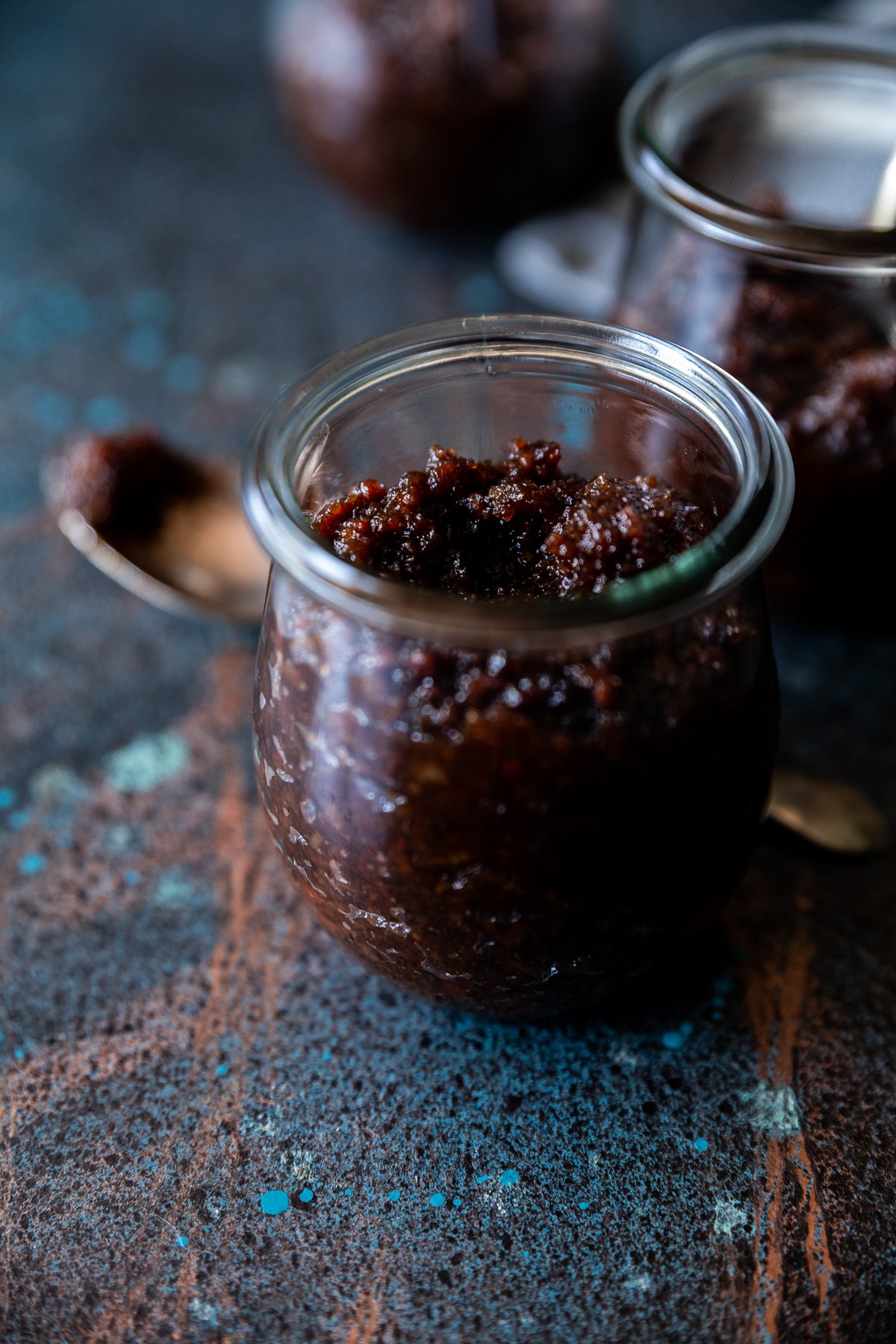 What do you mean, it’s all about the onions?

Onions are just…onions. What is so damn special about the onions?

Well, it’s because they are caramelized, of course! Perfectly caramelized onions are what makes this bacon jam so damn bacon jammy delicious.

Caramelized onions are a labor of love. But not so much labor, because they are really easy to make. It just takes time, and patience, which can be hard when they smell so so good.

In general, onions take about an hour to caramelize, and you check them maybe every ten minutes, to give them a good stir and scrape up the black bits that form on the bottom of the pan. That stuff is flavor gold, so you need it. 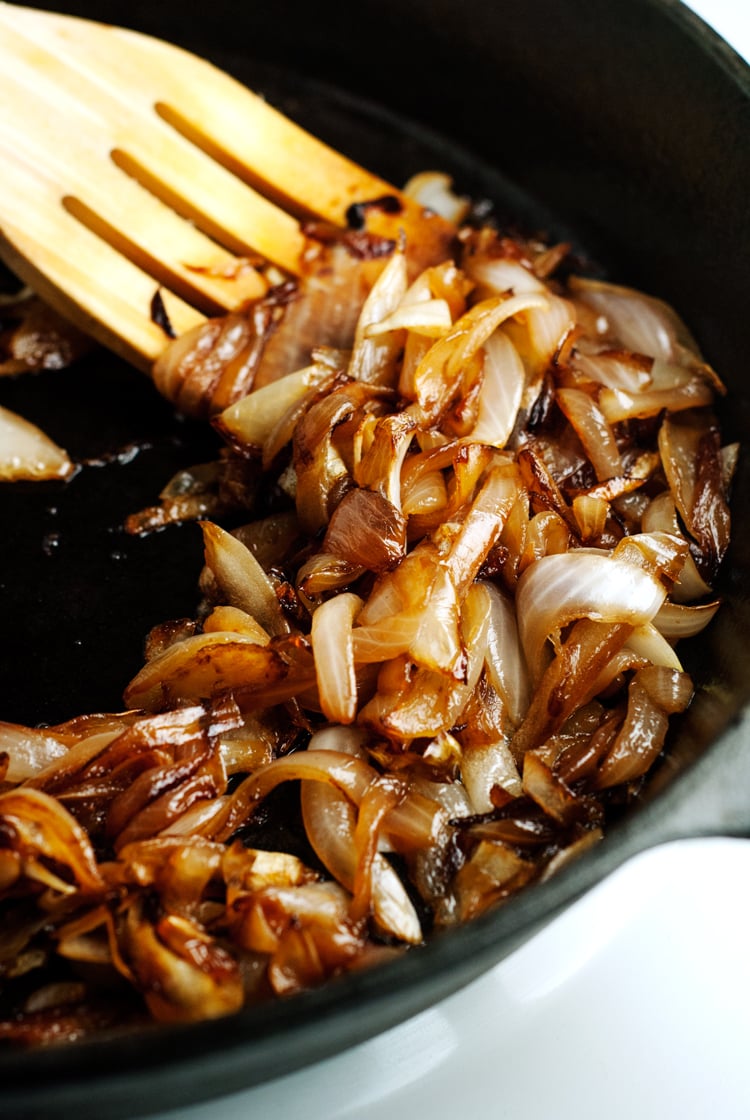 Look at them, turning all delicious. Even my onion poo-poo’ers love them. I will convert them, I will!

Once the onions are caramelized, you deglaze the pan with a little balsamic vinegar, scraping up the rest of the black bits and anything else in the pan. Then I add some more balsamic vinegar, brown sugar, and salt, and stir them up to make a thick, dense mixture.

This mixture will be blended with the bacon that’s just waiting to be made into bacon jam. Try not to eat all the bacon like I did. It is a sad day to be out of bacon whilst making bacon jam. 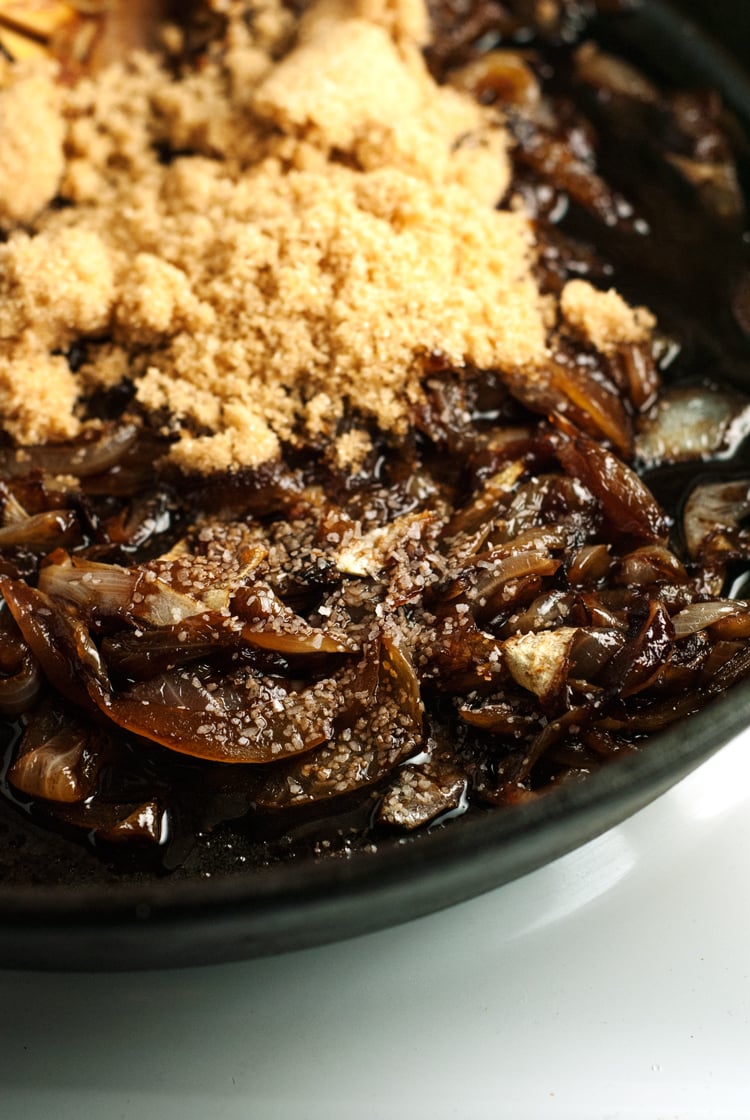 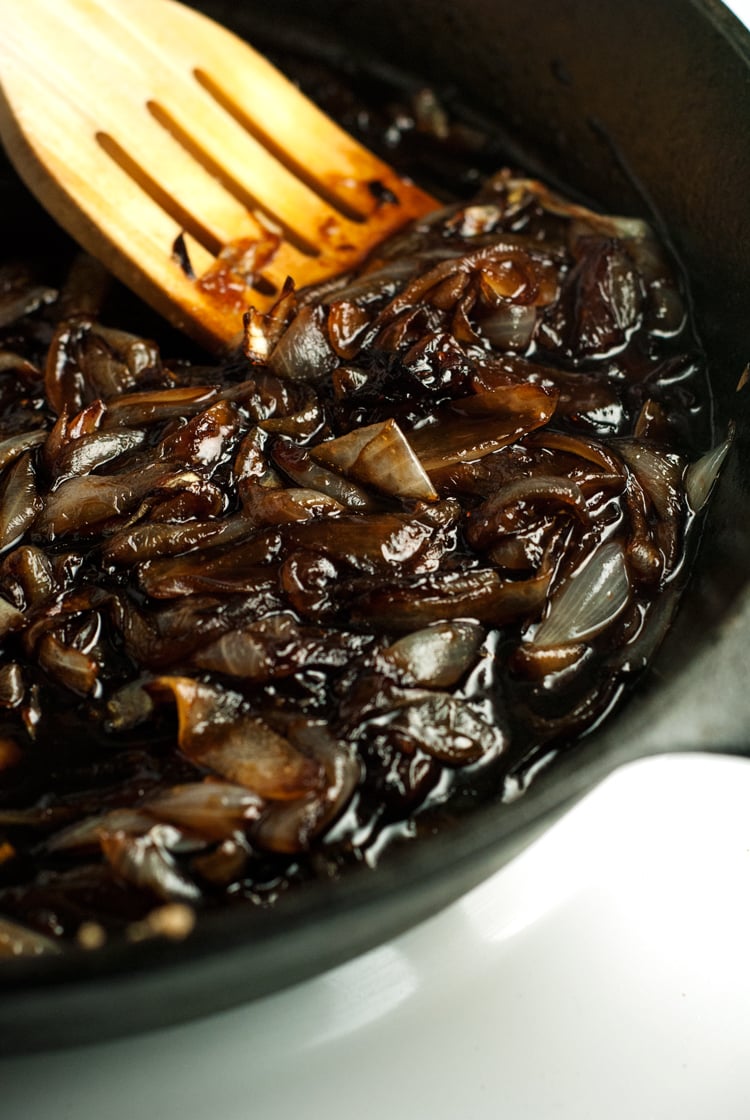 I put everything in a blender, but I have a feeling my food processor would have gotten the job done faster.

This will be a thick and goopy mixture, so it will take a little time to get blended down. You can stop at any point when you feel you’re satisfied with the texture.

Chunky, or smoother, either way is delish! 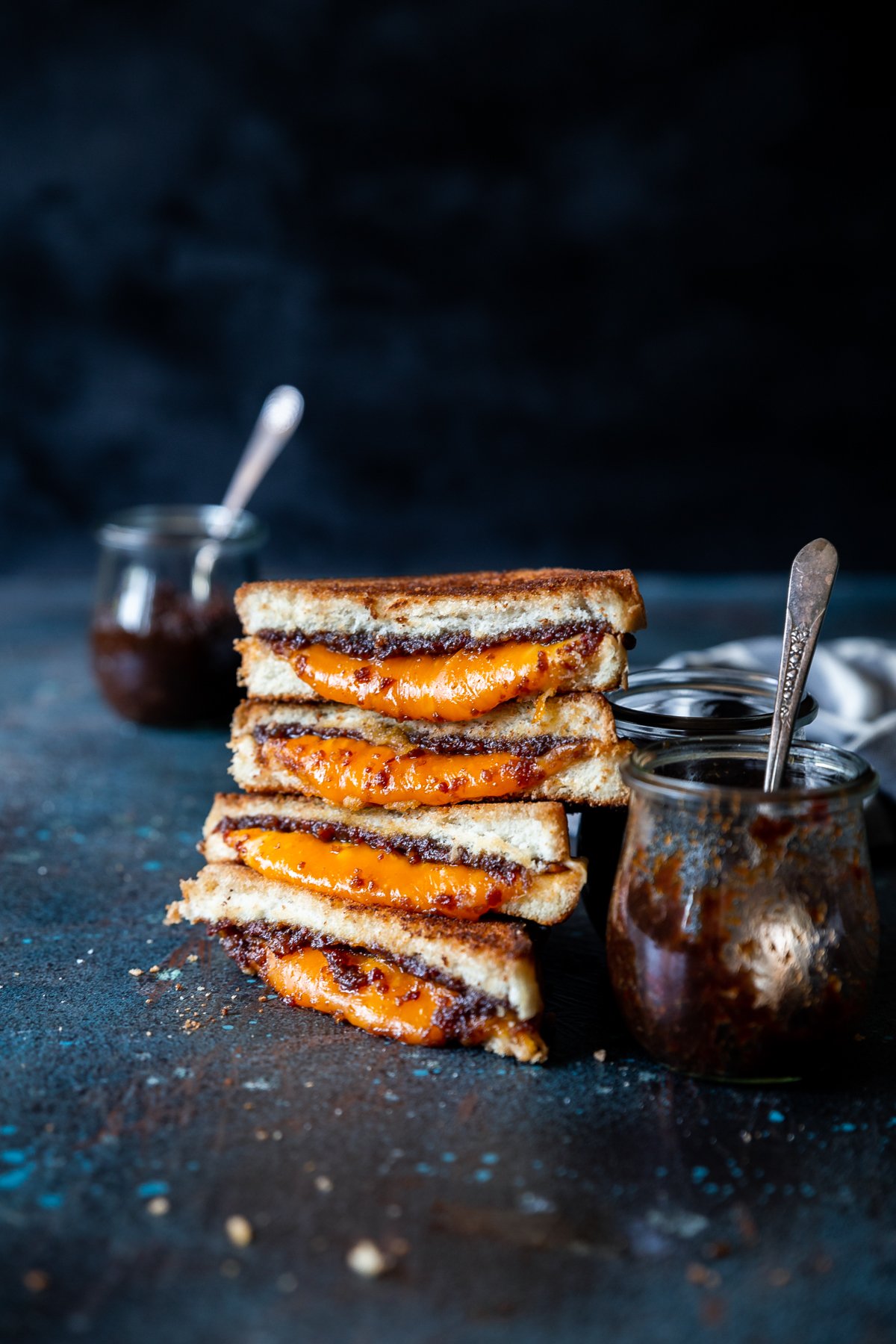 Use it in the same manner as regular jam, just with a savory taste instead. And absolutely, positively, promise me you will try it with some grilled cheese. Bacon Jam Grilled Cheese. It’s a life-changer, my friends. 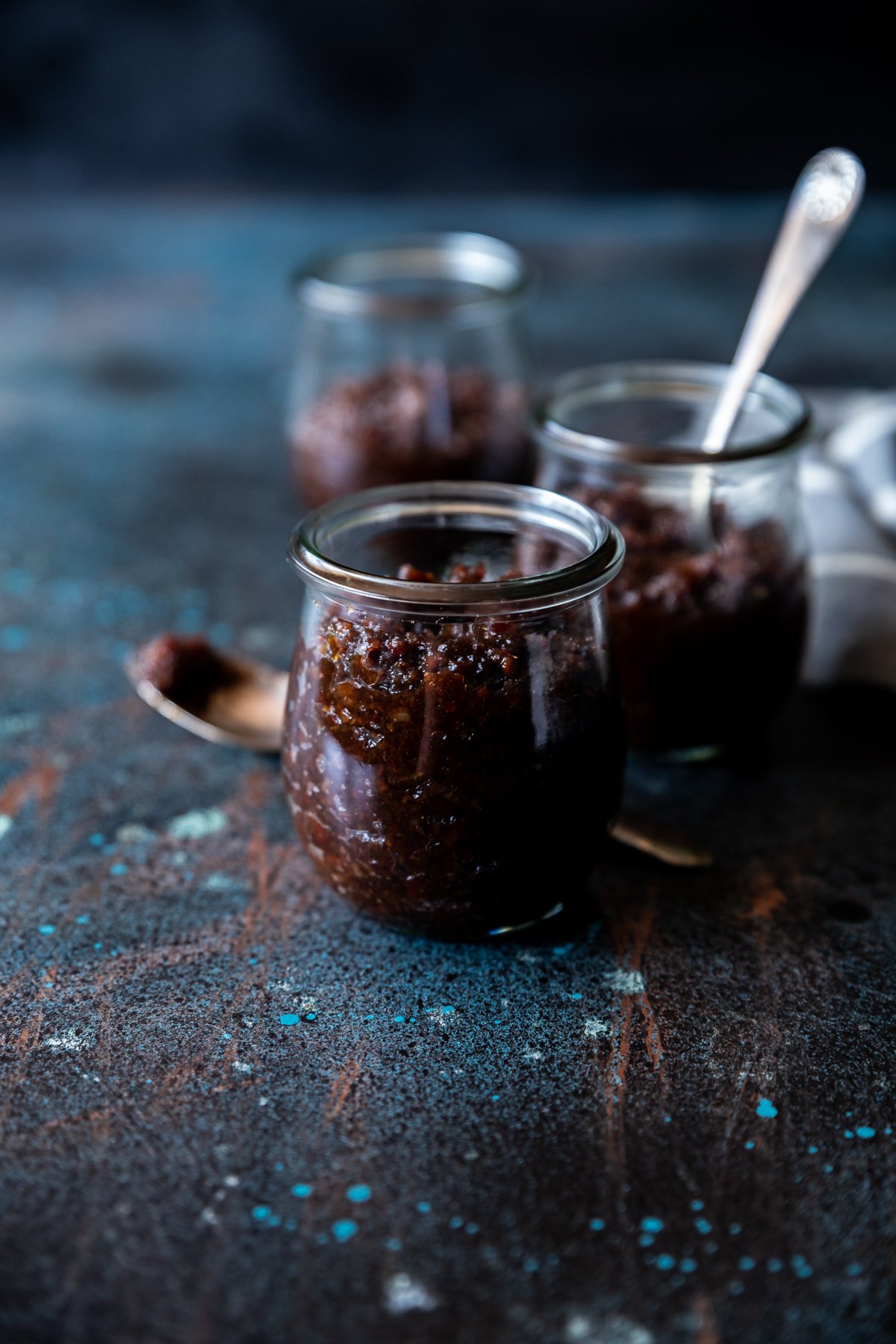 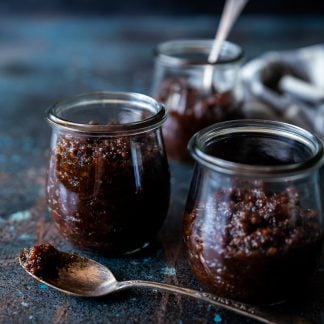 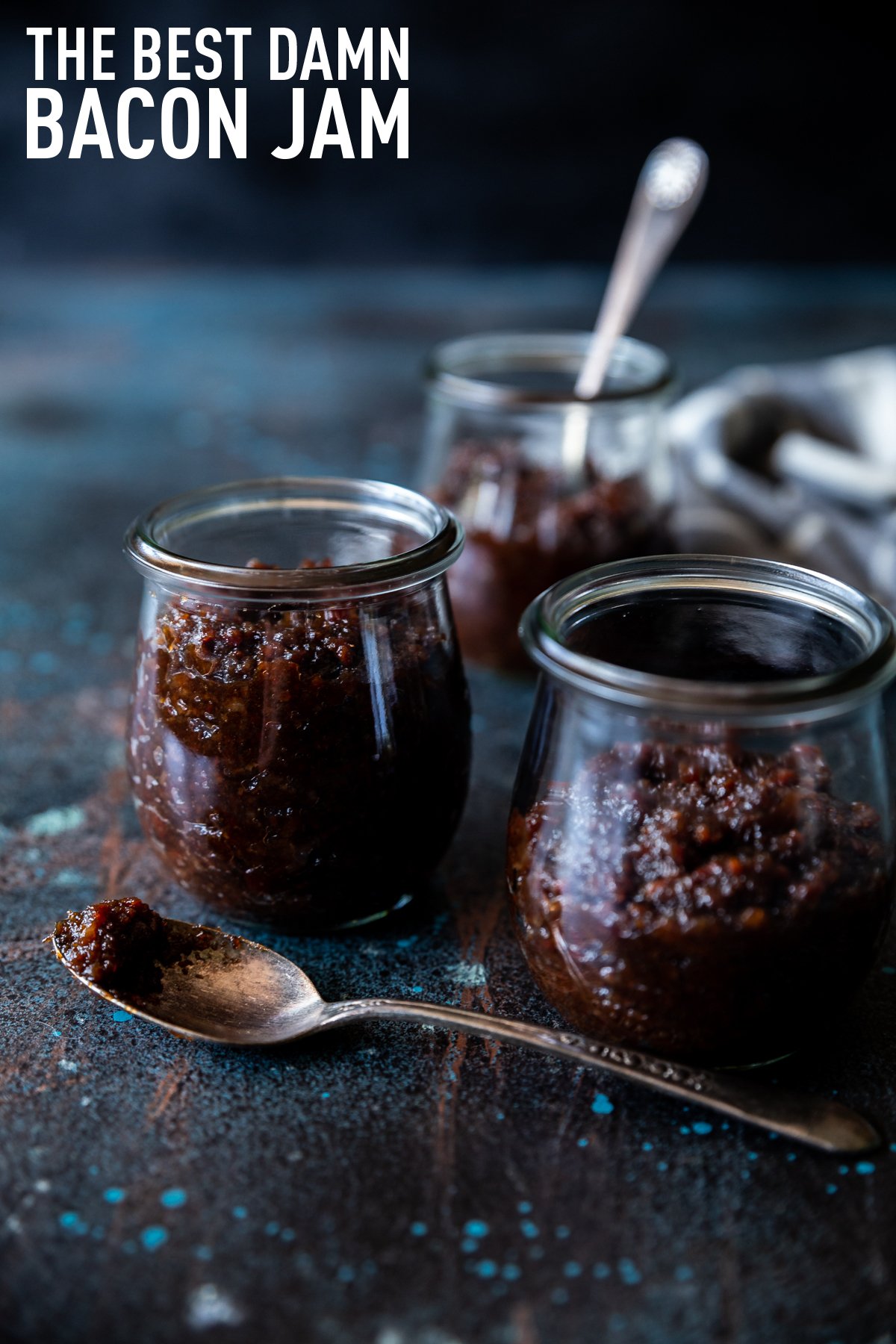