I am a sucker for 4 ingredient recipes, sweets especially, like these super simple Blueberries & Cream Popsicles. Whip up dessert in just minutes! 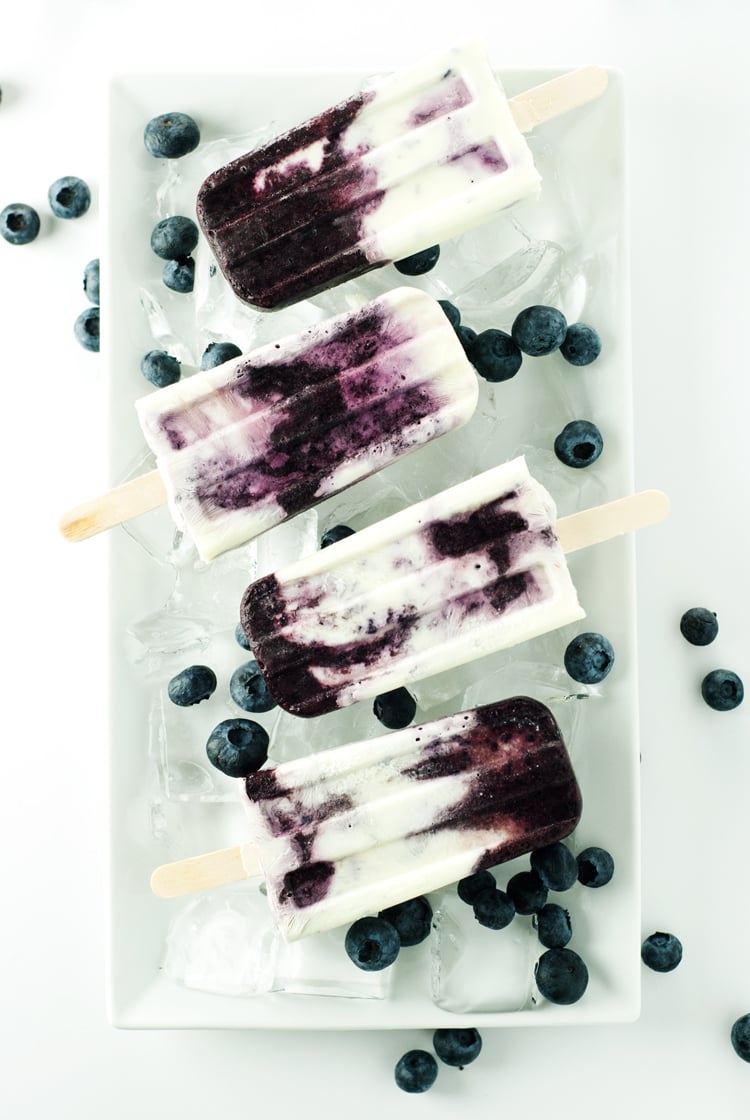 For the longest time I have watched people post the most delectable looking popsicles and I would sit here in wonder, like, where do they find these awesome popsicle molds and why are they not already in my life?!

It was a tragedy of Shakespearean proportions, I assure you.

But then I took a trip to World Market to replace a rocks glass that my daughter broke and I found them. Omg did I find them. And now they are in my life to stay, since I’ve lost and had to replace my popsicle molds twice now. Thank you, Amazon for the backup there when I moved away from my closest World Market. 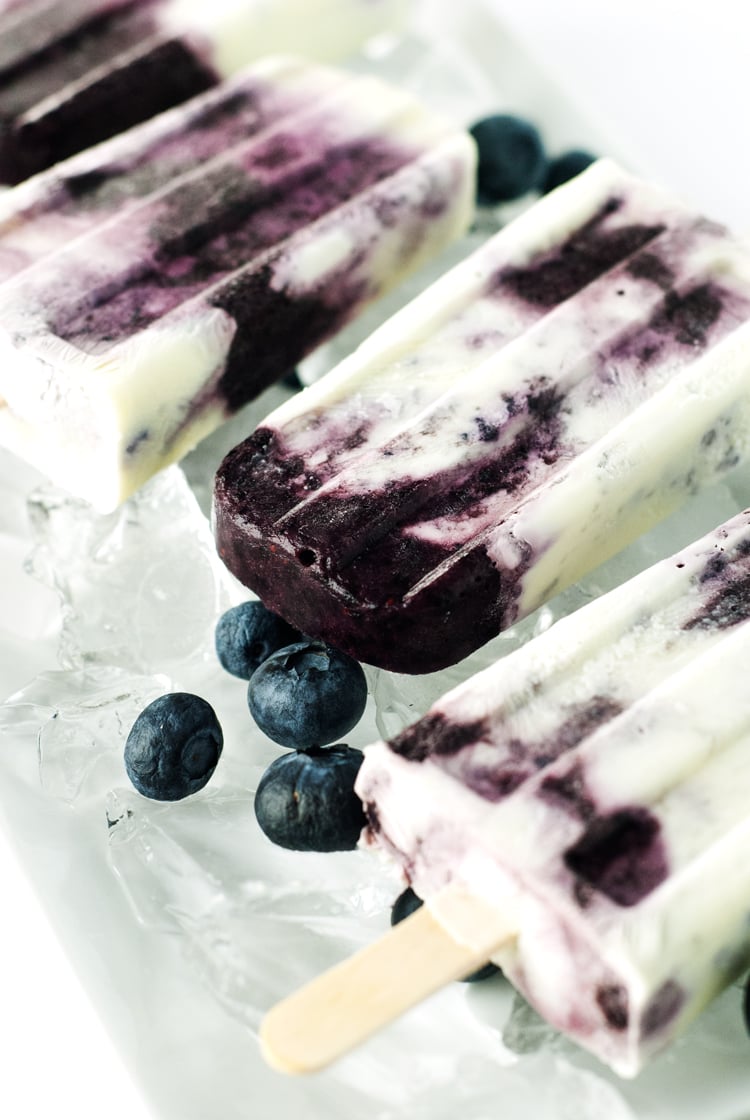 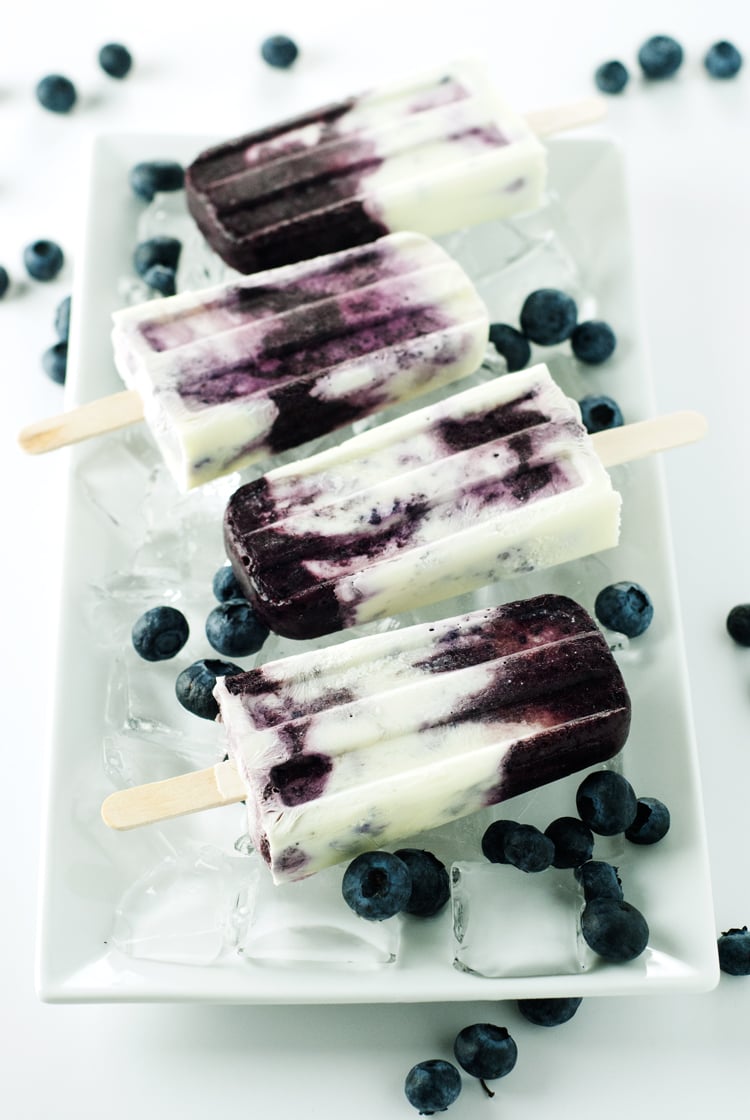 I might just share ten thousand of the same picture, because I am just so much in love with not only these popsicles, but my new backdrop setup as well.

It’s longer, giving me more room for long shots without running into unwanted nonsense in the background, like my kids. Or all my other props. But mostly kids. Because you just know they are always hovering around me when I’m working, just waiting to dig into my foods and leave none for me.

And since I made a pile of blueberries & cream popsicles, you can bet they were eagerly waiting, and by eagerly I mean annoyingly, because they were bouncing up and down and asking me repeatedly if I was done, and if they could have them when I was done, and how long until I was done, and am I done yet? Sheesh. 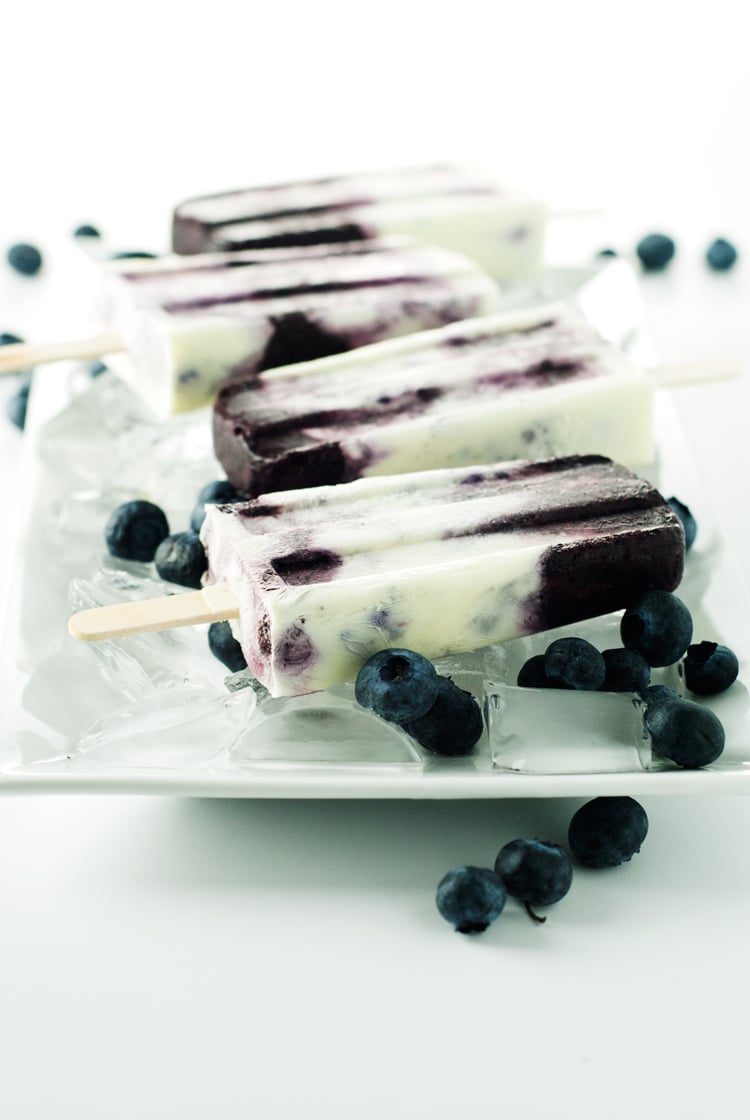 What I really love about these popsicles is that they are a 4 ingredient recipe, and they whip up in just minutes. All you have to do is pop them in the freezer for a few hours and bam! time for yum!

I may be grabbing one after noshing on some breakfast bacon fat bombs or gluten-free lamb bowls.

Ready to make some blueberries & cream popsicles? I sure hope so! 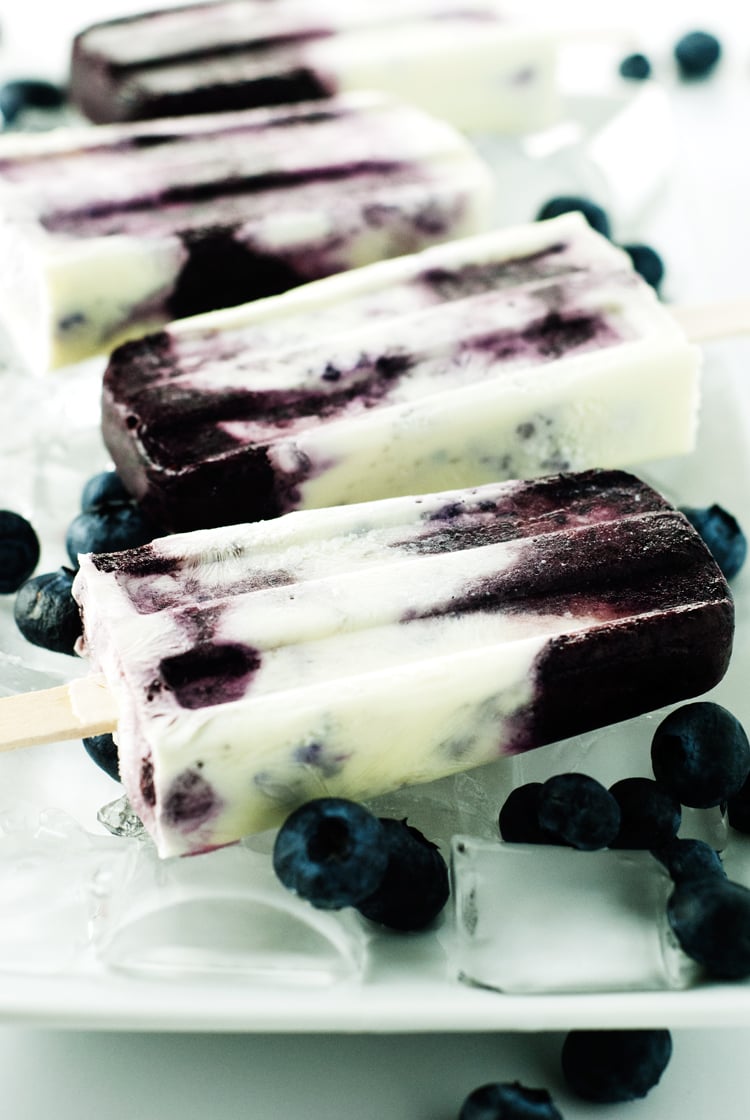 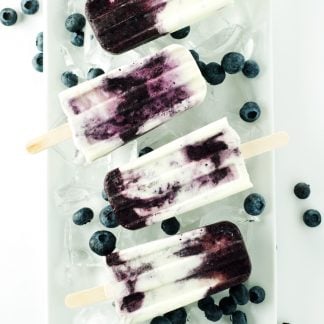